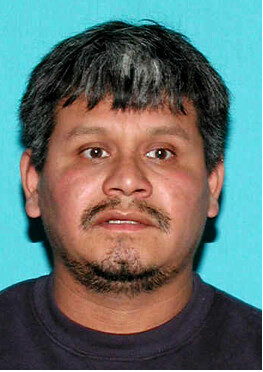 It looks like the police department has made some progress in the investigation of the stabbings in Yesler Terrace last weekend. They just issued a request for help in finding the suspect, 41 year old Nelson Hernandez.

He is the estranged husband of the female half of the stabbing, and was seen drinking with her at a Burien bar when they met a third man. The three went together to her Yesler Terrace apartment, where the suspect eventually got a knife and stabbed his wife and the 3rd man numerous times. The man made it about two blocks from the house before collapsing at Broadway & Yesler.

Although the victims were taken to Harborview with life-threating injuries, they have improved enough to give police information that ties Mr. Hernandez to the case.

Here’s how they describe the suspect:

The suspect may be driving a white pickup truck with Idaho license plates. The truck may have a brown or black canopy. He may still be in the Seattle area. Hernandez-Espinoza is described as a Hispanic male, 5-07, 160 pounds, with black hair and brown eyes. Anyone with information on the suspect’s whereabouts should call Seattle Police via 911 immediately and not attempt to contact Hernandez-Espinoza.

Anyone with knowledge of the suspect’s whereabouts is urged to call 911.