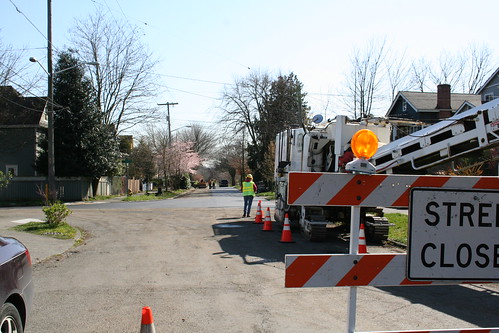 If you ever travel on E. Marion, 20th, 21st, 22nd, or 24th, you’ll probably want to change your habits and stick to the arterials for the next several days due to a big paving project underway, currently headed east on Marion from 20th. Marion is closed to traffic between 20th & 21st, and you can’t cross it today at either of those intersections. Tomorrow they’ll be moving down towards 22nd, and by early next week they’ll continue down the hill towards 26th.

And if you live on those blocks, make sure and heed the no-parking signs. I saw several cars on Marion with red tags, and they’ll be calling the tow trucks to remove anyone who’s in the way.

This is the last piece of cleanup after PSE laid a big new gas pipeline under those streets last year. I was worried that we’d only be left with that 2-foot wide strip of new asphalt – it’s good to see that they’re going to finish the job the right way. 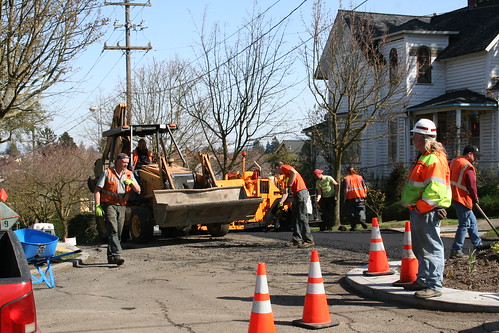