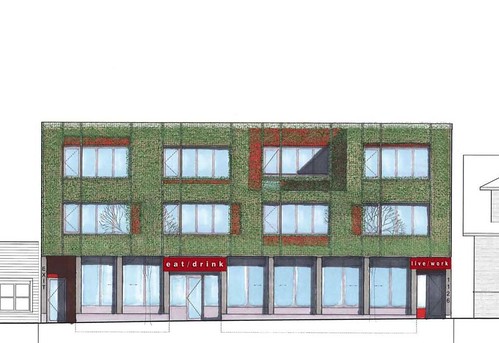 There’s several big projects in the planning stages for our neighborhood, and three of them will be discussed at a series of design reviews later tonight, starting at 5:30pm. And conveniently enough, they are all at the same location so you don’t have to worry about driving all over town:

First up at 5:30 will be for the proposed development at 23rd & Union. This will actually be the third review for this property since the second one didn’t have a quorum on the review board. But it’s an important project for a problematic intersection, so it’s one that folks are definitely interested in. Read more about the history of this project here, here, and here.

Following that at 6:30pm we’ll get our first look at the proposed development for the triangular property on the southeast corner of 23rd & Madison, we’re they’re seeking approval for a four story building with 30 apartments and ground-floor retail. This one should be interesting, because as commenter dan pointed out, the architects here haven’t done many urban projects. I tried yesterday to get a preview for what they would present, but they suspiciously said that they didn’t have any drawings or mockups available, even though it was the day before the review.

Then to wrap up the night at 8pm, the review board will consider a controversial development on 34th in Madrona just south of Union. It’s planned to be a three story building with retail, office space, and a large artist studio & dwelling on the top floor. The plans for that one are available on the city’s website, and show that they want the front of the building to be covered in vines (to count towards their “green factor”).

We’ll be there tonight and will have a full report tomorrow on what we learned.

And on the way, you might consider grabbing a tasty bite to eat at one of our newer neighborhood restaurants: North Shore Hawaiian BBQ 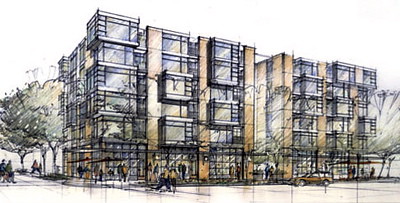