Although it’s a little hard for me to believe, today marks the 5th anniversary of our presence in Iraq. I guess time flies, etc.

Being home to some of the few military recruiting offices in Seattle, the CD sees its fair share of war-related protests. And a group of protesters gathered this morning at the recruiting offices at 23rd & Jackson to speak out against the war and close down the recruiting operations for the day. I was there around 9:15am as things were getting started, and saw about 20-25 protesters, 2 counter protesters, a dozen or so police officers, and plenty of local media crews looking for sound bites.

One of the more interesting moments came when KOMO TV reporter Mark Miller went on an extended rant with one of the two counter protesters about how mean the war opponents were and how they were infringing on the free-speech rights of the war supporters. From my vantage point, it seemed like both sides were getting in their fair share of shouting, but I’ll let you all watch the video from the scene and draw your own conclusions. 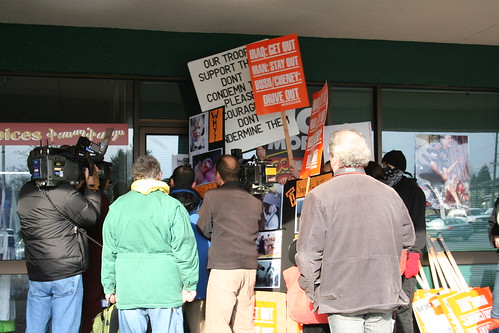 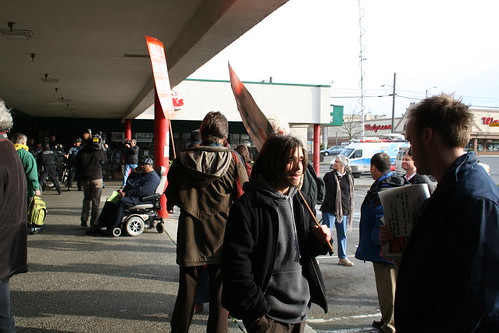 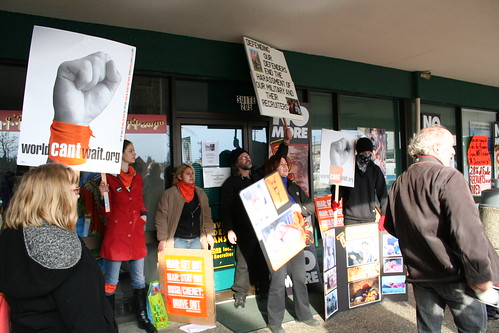 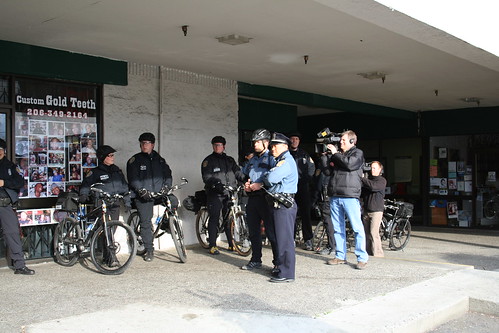