This morning there was a huge event in the history of the Central District with the ribbon cutting and opening of the Northwest African American Museum in the old Colman School building near the I-90 tunnel. It’s been a long time coming, starting in the 80s when the school was closed and the building occupied for 8 years by activists who had dreams of establishing a museum that would recognize the accomplishments and challenges faced by black folks over the last 150 years in Seattle and the Northwest region.

Things started with a bit of tension as Kwame Garrett, son of activist and Mayor Schell assailant Omari Tahir Garrett, unexpectedly took the stage to denounce the project. He drew a round of boos from the crowd and was soon taken off the stage by Lt. John Hayes and other members of the Seattle police. That was followed by another minor setback when a Garrett acolyte ran across the stage and prematurely brought down the yellow ribbon. However, that was soon repaired and the formally planned parts of the event got underway.

Although the crowd got restless towards the end of the almost one and a half hour ceremony, there was a real feeling of excitement in the air as hundreds of people queued up to get their first look inside the museum. It’s been a long time coming, and folks were anxious to get in and start to absorb the history of African Americans in the Northwest.

If anyone wants to see the museum for themselves, there will be free admission through the 15th of March.

We’ve got a lot of video from the event that we’ll be uploading later today. And check back next week when we go back to check out the exhibits in detail. 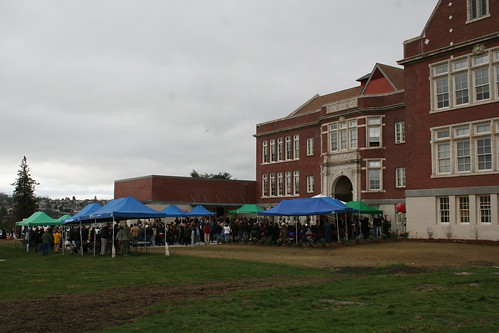 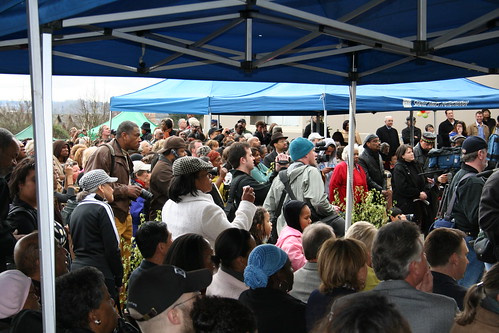 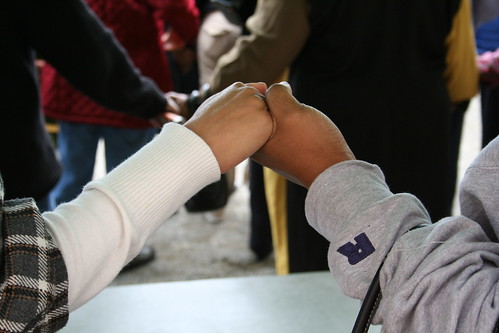