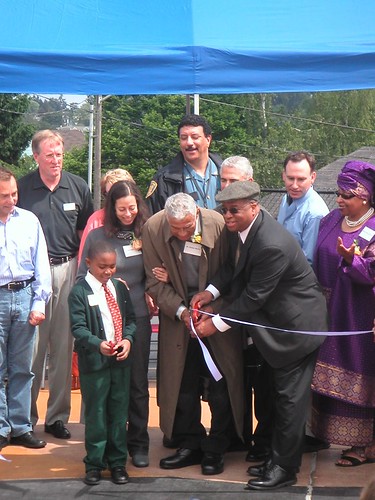 I think most people in the neighborhood would agree that our area is a bit short on parks when compared to other parts of the city (and Seattle as a whole is low on park space compared other similarly sized cities). But one of the smaller gems we have is Homer Harris Park at 24th & Howell, just behind the YMCA. It was built in 2004 after an anonymous donor contributed $1.3 million toward its construction, on the condition that the park be named after the late Dr. Homer Harris.

Born in 1916, Dr. Harris grew up in the Central District and grew to be a standout athletic star at Garfield High School, including being the first African American captain of the football team there. Denied entrance to UW due to his race, he instead went to the University of Iowa and became the first African American football player in the Big-10 conference. After college he went to medical school and eventually made his way back to Seattle to found a very successful and well respected Dermatology practice in the city. Dr. Harris passed away last year.

One of the final pieces of the park was unveiled today. It’s a series of bullet points about African American history in Seattle and Washington State, laid out on top of a knee-high wall on the south end of the park. There’s a lot of interesting bits of information in the wall that tie directly to our neighborhood and the contributions and challenges of African Americans in the area.

Check out History Link for more on Dr. Harris. 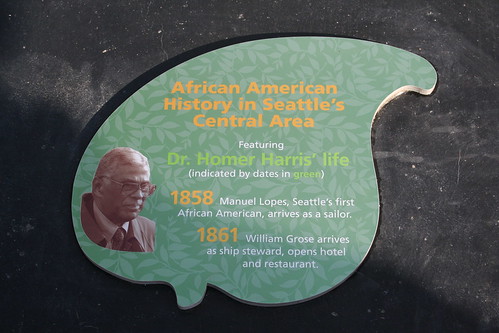 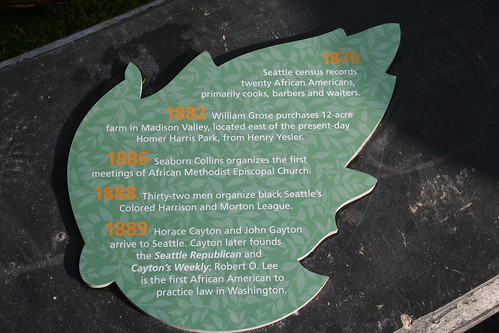 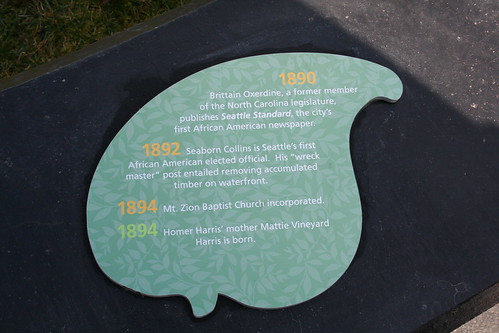