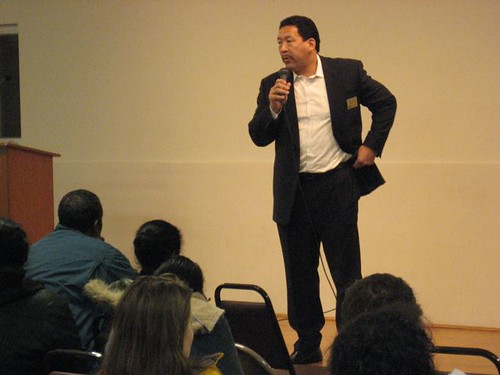 Well it is, according to a majority of the residents that spoke at this evening’s 23rd and Union Safety Forum, and its divided into two groups: the troubled youth on the street, and the people who fear them.

The forum was held in response to the tragic shooting that occurred two weeks ago at this now notorious intersection. About eighty people from the neighborhood attended and voiced their opinions on the crime problem, and Police spokesmen were there to answer questions and advise the neighborhood on how to deal with all of the problems.

The police spokesmen, Captain Paul McDonagh and Lieutenant John Hayes of the East Precinct, said that police are doing all that they can to combat the criminal activity happening around 23rd and Union. They have increased patrols and are assigning specialty units like the gang squad and narcotics to the area. They also stressed the importance of preventative organizations like GOTS (Get Off The Streets) that assists those with drug addictions find the treatment that they need. They did mention the “Cop Shop” that has been rumored to be coming to the vacant pharmacy on the southeast corner, but said there is much more work that has to be done and it’s not going to happen anytime soon.

But, as one resident along with the Captain pointed out, police can only arrest people once they have committed a crime. It’s up to the neighborhood to make sure that the crimes don’t happen. And how do we do that?

Well, some residents pointed out that the kids on the corner are outcasts, treated “like weeds”, and have no place to turn. Their families have pushed them out, schools no longer want them, and they’re left bitter and pessimistic. The residents said that the neighborhood has to reach out to these kids and show them that we really do care by getting them involved with various groups and programs, like SVI, that gives them the skills necessary for a productive life. The speakers also stressed the importance of the local business community providing jobs for the kids.

But, the overwhelming sentiment was that we all need to get out of the house more, meet neighbors, organize, and engage the kids on the corner to find out who they are, why they’re here, and let them know that we care about them.

One business owner that has a coffee shop on Jackson said that the area around his business was plagued with the same problems as 23rd and Union, but he engaged the kids, talked to them, and increased his presence outside his shop. After awhile, he said, they stopped coming around. He believes that crime is much less likely to occur in an active area. But, as he pointed out, “its not up to the police or outside groups to raise our kids.”

What do you think should be done?

Update: Here’s the Seattle PI’s take on the meeting 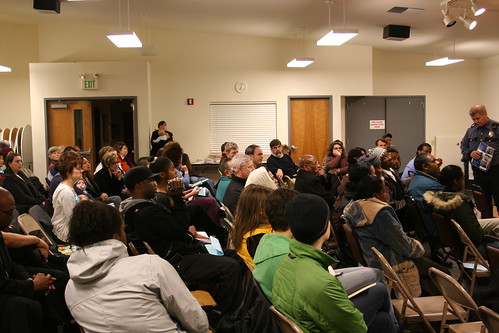 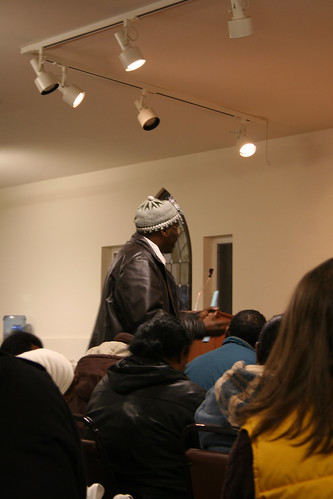 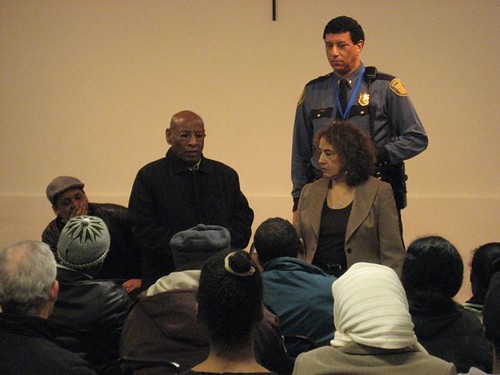 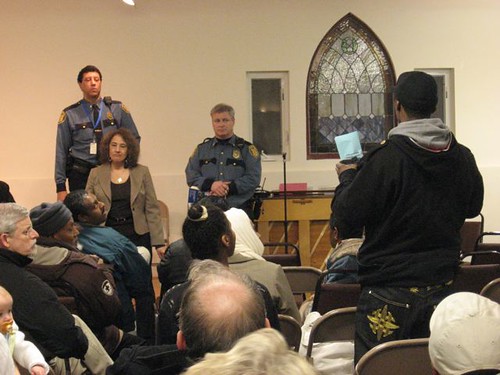 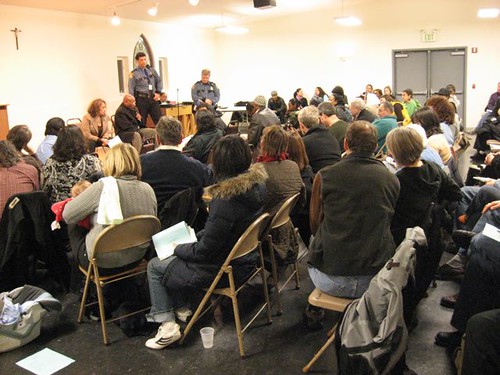 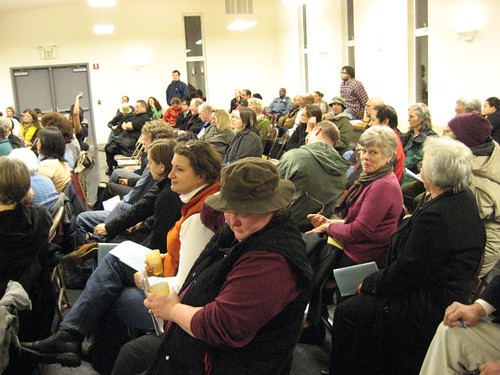 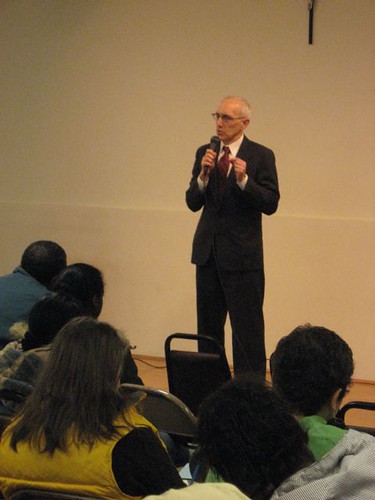 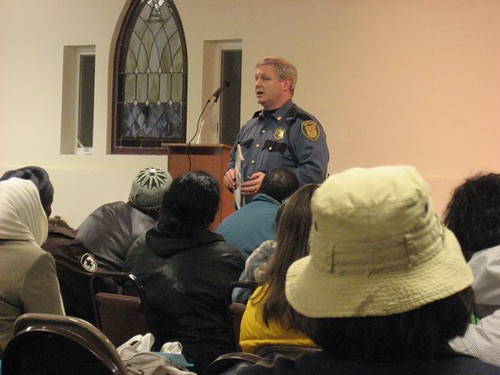 0 thoughts on “A Divided Neighborhood?”