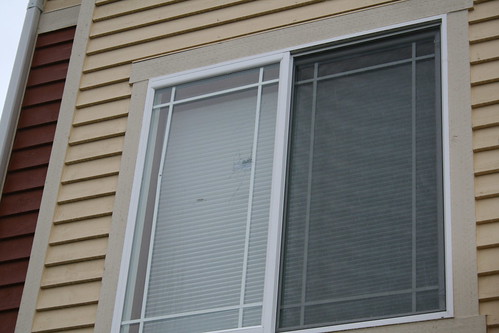 Today at noon there was a shooting event in the 100 block of 26th Ave, near the corner of 26th & Yesler. We published the scanner report for it in real time, but it was a fairly chaotic situation. Here’s what we know now:

At 12:02pm several witnesses, including a delivery truck driver, saw two black males shooting into a white van parked on 26th Ave. Reports of 5-7 gunshots were also reported by a nearby officer and several 911 callers. Witnesses told police that the suspects, two young black males, ran northbound on 26th.

I spoke to SPD’s Mark Jamieson, who confirmed that police searched the area and detained one possible suspect. However, he could not be positively identified by witnesses. He was taken into custody for further questioning and was later released.

A loaded gun was recovered by police in the area of the shooting and was taken in as evidence.

Police patrols of the block revealed at least one townhouse at the corner of 26th & Yesler was hit by gunfire, striking a second floor window. No one was found injured after the incident.