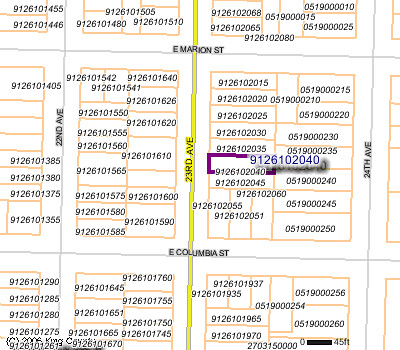 Only one item on this week’s list of development activity in the CD:

812 23rd Ave has been approved for development of a single-family residence with surface parking for one vehicle. Right now it’s just a blackberry infested vacant lot, but there’s some complications because the lot itself is a historical landmark site. It was so designated in 1979 when it still contained an old victorian house matching the other 5 houses that remain on the north end of the block. Somehow the property owner was able to demolish the original house in 1986 in spite of its landmark status, and its remained vacant since. It’s amazing to me that anyone would tear down a classic old victorian house just to let the property sit vacant for 20+ years.

The new property owner has been granted several variances from current code that will allow the new house to have a small front and side yard that matches the neighboring properties, and to allow access to the new house from the back alley. Interestingly, the Landmarks Preservation Board has a lot of control over the final design of the new house, and it “has indicated that it will not approve any development of the site that does not respect the historical character of the Twenty-Third Avenue Group.”.

It’ll be interesting to see what what kind of design the new owner comes up with.