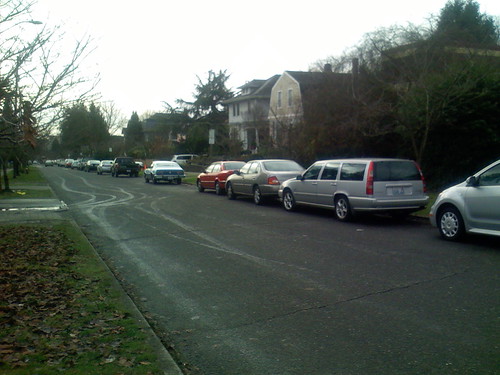 We’re trying to get some details and will update this as we get them. If you’re in the area and have any info, please leave a comment below.

UPDATE:
I just spoke to Renee Witt from SPD, who said that the victim in the assault was preparing to parallel park in the 300 block of 18th Ave, when a southbound vehicle pulled up and stopped next to him. Someone in the car then fired approximately 10 rounds into the victim’s vehicle. The victim was shot in the leg and was able to escape from the vehicle. He was later taken to Harborview for treatment.

The perpetrators were not known to the victim.

There were several witnesses to the crime that were able to describe the assailant’s car as a red ’91 Pontiac, with a license plate number that was given to police. In addition, several shell casings were recovered at the scene.

UPDATE x2:
Hendrixfan points out in the comments that this was part of a larger crime spree.

0 thoughts on “Assault Near Providence (Updated)”