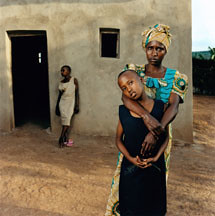 Seattle University is proud to present “Intended Consequences,” a collection of stunning images by internationally renowned photographer Jonathan Torgovnik addressing the aftermath of the 1994 Rwanda genocide, during which more than 100,000 women were victims of rape and sexual violence. Today, women who had children as a result are subject to isolation and discrimination. Torgovnik made repeated visits to Rwanda to meet with these women and their children to document their heart-wrenching and inspiring stories. The images that have come out of these interactions are at the center of the exhibit, “Intended Consequences: Rwandan Children Born of Rape,” beginning March 31 at Seattle University.

“Intended Consequences” features 25 portraits of the women and their children, with accompanying testimonies that detail the daily challenges they face and the internal conflict stemming from raising a child born from violence. The exhibit emphasizes the crucial role of education in Rwanda, and the work being done by Foundation Rwanda to provide education and support to the children and mothers.

The exhibit is open to the public and will be on display in the Hedreen Gallery at the Lee Center for the Arts March 31 to May 29. A portion of the photographs will also be in the Kinsey Gallery in the Admissions and Alumni Building during this time.

Experimental plays written specifically for the set and space of the Lee Center for the Arts. Inspired and unified by the theme, “FRONTIER,” these performances will keep you entertained and engaged!

The Hedreen Gallery is pleased to present Sweated, an exhibit of new work by Seattle artist Wynne Greenwood.  Sweated is the second installment in the year long exploration of of the unique gallery space at The Lee Center for the Arts.

The artist will be performing live within the gallery and adding video and audio based works to the installation over the course of its run. Those dates and times will be posted at a later date.

The Hedreen Gallery is open tuesday-saturday 1:30-6:00.  Admission is always free. 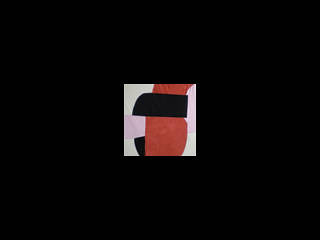 The Hedreen Gallery at the Lee Center for the Arts is pleased to introduce “Sweated”, an exhibit of new work by Seattle artist Wynne Greenwood. The exhibit opens with a reception on Thursday April 2nd 5-8pm, including an artist talk at 7pm.

“Sweated” marks the second installment of a trilogy series that comprise the exhibition “Void Sweated Blank”, a year-long investigation by three individual artists of the gallery’s distinct character as both an exhibition space and a theatre lobby.

“Sweated” opens and runs in relationship to the performance titled “Sister Taking Nap” by Greenwood at On the Boards, April 15-19. Acting as the off-site backdrop to the performance, “Sweated” is a series of curtains made for, and installed at, the Hedreen Gallery.

The two layers of curtains are titled Hairdye and Sandcastle Turtle. Sandcastle Turtle, the first layer, is suspended within the gallery. Composed of simple shapes, patterns and colors, its abstract arrangement is making and not making a story. It represents the spirit in a world obsessed with defining. The second layer, Hairdye, hung directly in the bank of windows facing 12th Avenue, becomes the gallery’s curtain wall. It represents the notion of staining and seeping through—public indicators of the existence of the spirit within a restrictive and narrowly defined world. It makes visible the results of process, labor, event and feeling. Elemental to Hairdye and Sandcastle Turtle is the transitional place created between them. Viewers are encouraged to inhabit this space—to stand, walk, and move in and about it.

As part of “Sweated”, the artist will be performing live within the gallery and adding video- and audio-based works to the installation over the course of its run. Performance dates will be announced at a future date.

For the opening celebration on April 2nd, Wynne Greenwood will give an in-gallery artist talk discussing the role of “Sweated” within the “Void Sweated Blank” exhbition, and how it relates to “Sister Taking Nap”, her upcoming performance at On the the Boards. 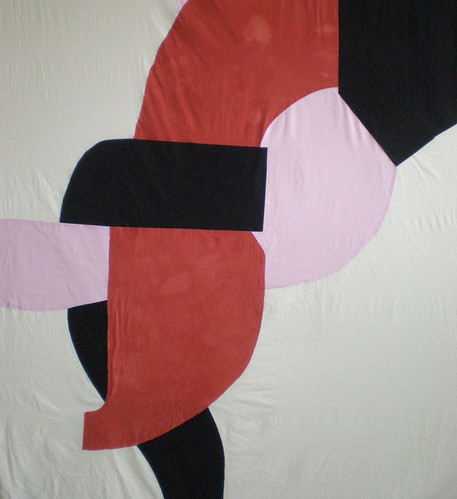 The Hedreen Gallery is pleased to introduce new work by New York artist Adam Putnam, showing now through March 21. This marks the first installment of a trilogy series that comprise the exhibition Void Blank Blank, a yearlong investigation by three individual artists of the gallery’s distinct character as both an exhibition space and a theatre lobby.

In the spirit of highlighting this duality and the performativity of space, Void Blank Blank begins with a provocative light-based sculpture. It is a new work in Putnam’s ongoing Magic Lantern series, created specifically for the Hedreen Gallery, focusing on its most idiosyncratic architectural detail—the red portal leading way to the theatre. Untitled, (2009), continues Putnam’s use of magic lanterns to blur the lines between that which is present and void in a space. It consists of a light source projecting an image created on small panes of glass through a series of lenses onto a wall. In this case the latent image becomes the red hallway’s ghostly double.

An ancestor to the more recent slide projector, historically magic lanterns were a theatrical device used for projecting images and creating early special effects. In this way, Untitled is most befitting the inaugural exhibition of Void Blank Blank. Its poetic intervention, devised from the most economic of means, fetishizes the elements of architecture that define the transitional space dividing the theatre from the art gallery. It draws viewers deep into the emptiness of an endless shaft, and underscores the dualism at play.

When asked to do a new work for the Hedreen Gallery, I have to say I was seduced by the red hallway, which cannot be described as anything other than an orifice. This in fact was what sparked my curiosity. I instantly wanted to mirror the space somehow—to create a doppelganger. In this piece a dark receding space is constructed through the use of parallel mirrors that project an infinite regress onto the wall. -Adam Putnam

Adam Putnam, (b. 1973 New York, lives and works in New York), received his Bachelor of Fine Arts from Parson School of Design in 1995, and his Master of Fine Arts from Yale University School of Art in 2000. He has exhibited widely on an international level with his work being included in exhibitions such as the 2008 Whitney Biennial and The Uncertain States of America jointly curated by Daniel Burnbaum, Hans Ulrich Obrist, and Gunnar B. Kvaran. Notable venues he has shown at include: Art Basel, Basel Switzerland; PS 1. Contemporary Art Center, NYC; Artists Space, NYC; ZKM, Germany; Creative Time, NYC; and Walker Art Center, Minneapolis. Putnam’s work has received much critical success, having been reviewed in: Modern Painters; Flash Art; Spike; Time Out NY; Artforum; Art Papers; NYArts Magazine; and The New York Times. He is represented by Taxter & Spengemann.

“Imagine the gritty Vito Acconci of the 70’s compounded into the architecturally-obsession Acconci of today, and you’ll have an idea of what Adam Putnam is up to. Desire is the subject of his art, and edifice is the object of his desire—that’s the work’s poetic conceit anyway; the magic is in how real Putnam makes it.” (Abraham Order, Flash Art, No. 225, July – September 2007. p. 132)

The second and third installments of Void Blank Blank are:

The Hedreen Gallery is located in the Lee Center for the Arts on the Seattle University campus, at 12th & Marion. Regular gallery hours are Tuesday-Saturday 1:30-6:00pm (excluding holidays). For more information, call 206.296.2244 or visit http://www2.seattleu.edu/artsci/finearts/. 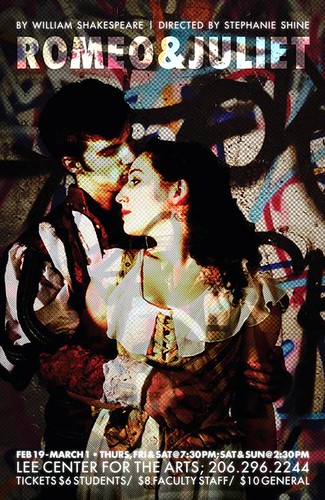 “My only love sprung from my only hate”

Feuding families are wreaking havoc in fair Verona. Amidst hatred and rage, two innocent teenagers from opposing sides meet and fall in love. Their passion lends them power as they dare to love and, through their union, perhaps heal ancient grudges. Brimming with lusty good humor, unfailing hope, soaring poetry, and ultimate sacrifice, Romeo & Juliet demands to be lived again and again.

The Fine Arts Department is proud to welcome Stephanie Shine, Artistic Director of Seattle Shakespeare Company, as guest director for this production.