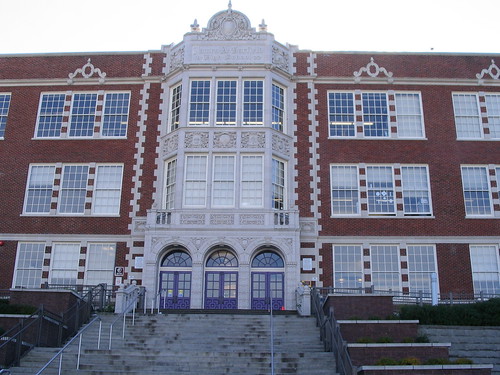 A hazing incident in the Arboretum late Friday afternoon involved more than 100 Garfield High School students. The students were hitting each other with paddles, throwing eggs, drinking alcohol, and were covered in shoe polish and wearing diapers.

Garfield High Principal Ted Howard arrived on the scene with the school’s community police officer after receiving a report of the incident. When he approached, students shouted derogatory names at him, including the N-Word.

An Important Message from Principal Howard…

Do you know where your son or daughter is at tonight?  I spent the afternoon with Officer Radford and many other officers walking through the Arboretum.  One hundred or more Garfield students were participating in hazing incidents, drinking hard alcohol and beer.  Students were being paddled, had on diapers, eggs were being thrown at students and shoe polish was all over their body.  As students ran and scattered from the scene they caused  at least one,  maybe more car accidents due to running in front of cars.  I was also called a “Nigger” by a student and many other derogatory names.

As I email you tonight I asked the question do you know where your son or daughter is at? I ask that question because I want you to know that we all have a responsibility to keep our kids safe.  We all work hard to make sure they learn life lessons and make better decisions.   Tonight some of our students didn’t make good decisions.  If students were there to watch,  cause harm to another student or behave inappropriately this impacts the entire GHS community and puts the GHS community in a negative light.

I am asked every year how we will address hazing.  Every year we work really hard to teach our students about respect, how to honor each other’s cultures, and to have empathy.  I am asking you tonight to continue that conversation with your son or daughter.  We are a community, a community that grows together and learns together.  Please have a conversation with your son and daughter about decisions, how they can and will impact people’s lives.

Thank you for your time.

The district responded with the following message regarding hazing:

Seattle police responded to the incident Friday but have not made any arrests.

Seattle Public Schools spokesperson Teresa Wippel told KPLU that “Garfield has had a history of this hazing, and it’s something that’s been going on for many years. It’s kind of a tradition,” she said. “The principal has been working hard to rectify to get students to stop doing it, but it has been something that’s been going on for a while.” KPLU also noted that in a school newsletter last year, a parent wrote that upperclassmen tend to haze younger students twice a year, around Homecoming and Spring Spirit Week.