Here’s a look at some of the crime in the neighborhood in recent weeks. This information comes mostly from Seattle Police reports and public information officers.

Man carjacked at 25th and Pike while reading car manual

A man stopped his car at 25th and Pike shortly after 3 a.m. October 5 because the check engine light had come on. While reading the car manual to see what the light meant, two suspects approached the car, one of whom had a handgun. 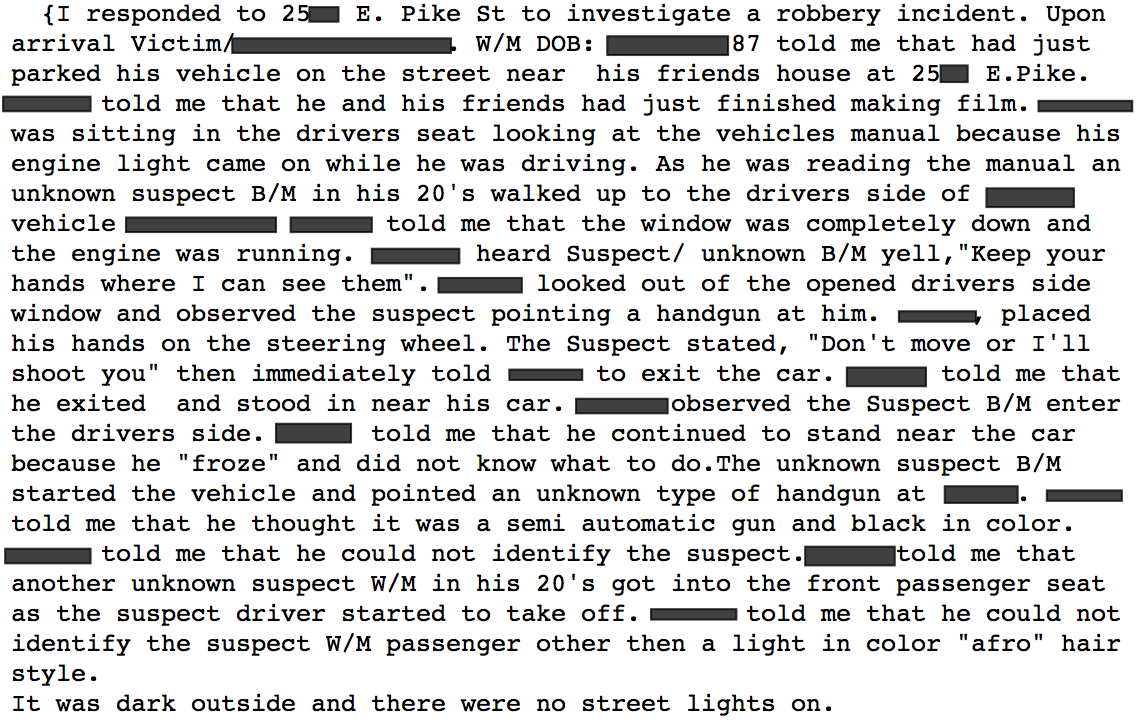 Group robs Madison Valley business while owner is in back room

A group of young men robbed a Madison Valley business September 24 while the owner was in a back room. The owner interrupted them, so the thieves only made off with a laptop. More details from the police report: 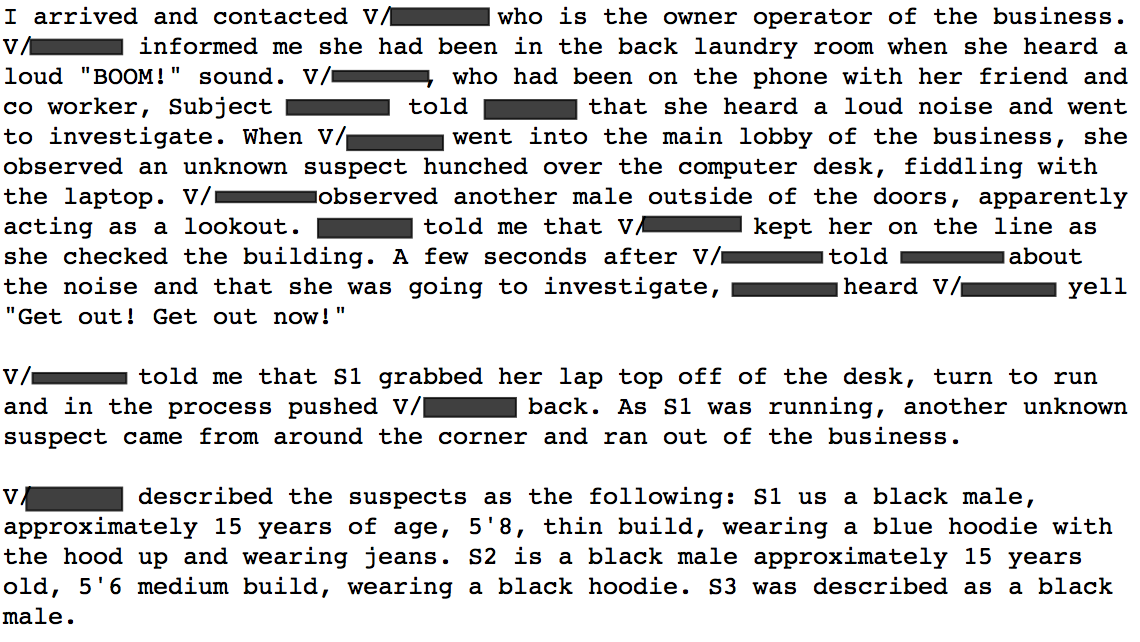 Seattle Police responded to two reported violent muggings along the same blocks of E Madison over the weekend.

In the first incident late on October 5, a woman said she was jumped by a man who hit her in the head, knocked her to the ground, kicked her and stole her suitcase as she walked along Madison near 23rd Ave E. The victim suffered a cut to the back of her head in the attack. The woman, who said she waited an hour before reporting the attack because she has a warrant and feared arrest, told police that she saw three men walking toward her before one approached her and began the attack. She described him as a Hispanic male in his 20s, thin, 6’5″ and wearing a white shirt and dark jacket at the time of the robbery. A search for the area was not successful.

An early morning mugging in the same area sent a man to the hospital early October 7. According to the victim, he was walking home near 24th and Madison when he was suddenly jumped by an unknown attacker or attackers. The man was knocked unconscious and his wallet and his iPhone were stolen. He was taken to Harborview and reported the mugging to police the next morning when he was released from the hospital.

A middle school kid walking home October 2 was robbed by an older kid at 26th and Marion, according to police.

The victim, 12, was walking past a house where the suspect, 14-15, was riding his bike in the driveway around 1 p.m. The suspect got off his bike and approached the victim, telling him to hand over all his stuff.

The suspect grabbed the victim’s iPhone from his hand, and the victim ran home to tell his mom. Police went to the suspect’s house and talked to someone there. The case was forwarded to detectives.

In another walking-home-from-school robbery, two students were robbed October 8 at 30th and Columbia, according to the police report (does not list their ages). The suspect had his face covered with a black bandana, but it’s possible the suspect is a classmate. He was described as being mixed race with short curly brown hair,  5’8″, 120 pounds wearing a red camo hoodie and grey jeans.

The suspect had his hand in his pants indicating he had a weapon. He took the victims’ wallets as well as one of the victim’s cell phone and backpack full of school books.