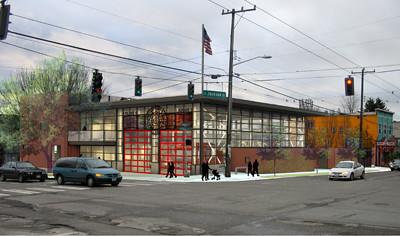 With the new Fire Station 6 at MLK and Jackson getting ready to open perhaps by the end of the year, the city is looking to sell the old station at 23rd and Yesler. Before they do that, however, the city is seeking input from the community about what people would like to see in the historic building.

The city’s Finance and Administrative Services department has preliminarily recommended that the building be sold on the market for the highest value. No other city department expressed interest in the station, so the city is looking to sell it and put the revenue back into the Fire Levy account to help build and restore more fire stations. However, city law requires a public outreach period before any such sale, prompting a meeting held last week.

Ultimately, the City Council will have the final say in what happens to the old station. They will likely make that decision in early 2013, meeting presenters said. Until then, anyone with a proposal for purchasing the building is encouraged to come forward (and it wouldn’t hurt to gather some community support for the idea while you’re at it).

A slide from the meeting presentation: 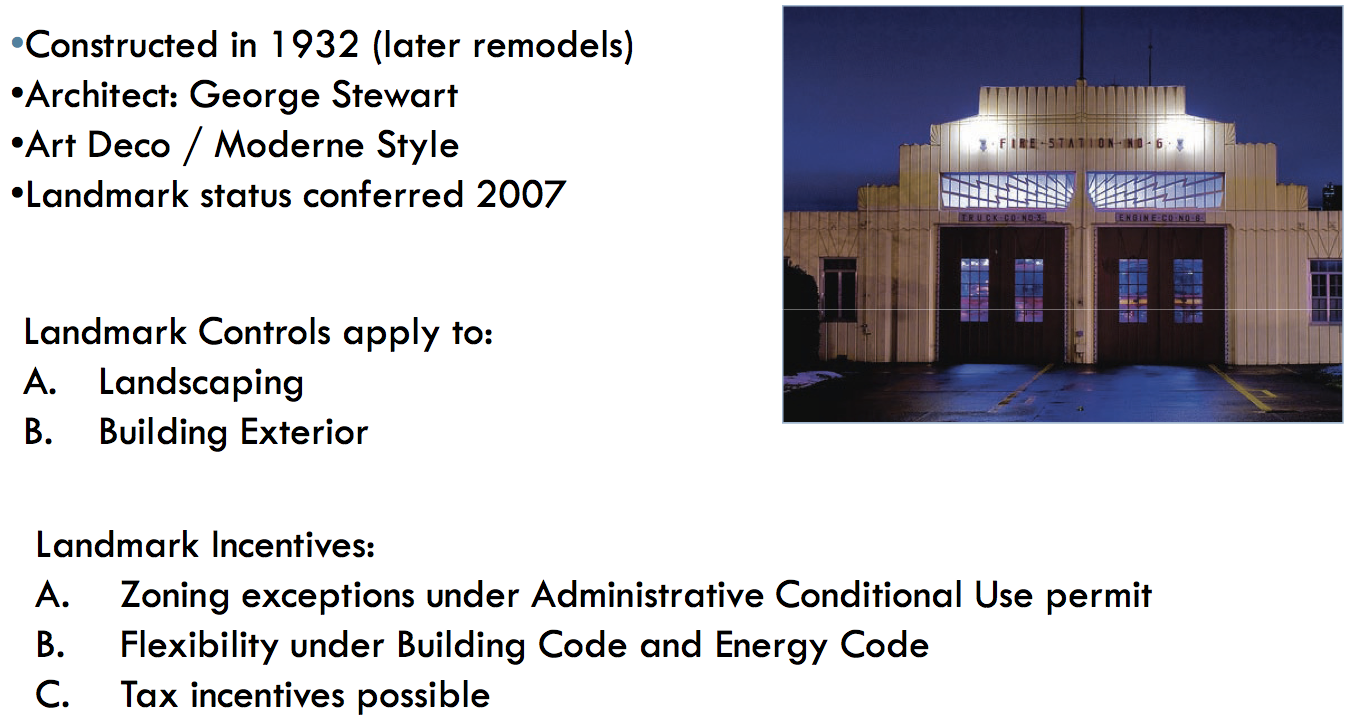 If there was any consensus among attendees at the meeting (which got a bit heated at moments), it was that people do not want the fire station to simply be sold to the highest bidder without community consideration of the buyer’s plans. The building is zoned on a low-rise residential property (LR3), so the “highest and best use” (the design that would maximize the current zoning allowance) would be a multi-family residence such as an apartment building or townhouses. The King County Assessor estimates the property value at $2.5 million, but it is not clear exactly what the property could go for in an open bidding situation.

Of the ideas presented at the meeting, none were simply residences. Only two specific groups presented specific plans for the space: The Holistic Community Health Clinic and Umojafest PEACE Center.

Most of the meeting attendees were there to support the HCHC, an effort led by Dr. John Ruhland, who currently runs the Natural Health Medical Clinic on Beacon Hill. Ruhland has gathered quite a list of coalition partners for the clinic, including King County Councilmember Larry Gossett, community and church leaders, and labor unions. The clinic would aim to provide free or sliding scale holistic and naturopathic health care out of the station’s upstairs area.

“The CD and south end are still the most underserved areas in the city” for good health care, Ruhland said, despite these areas also having high levels of preventable health issues like diabetes and heart disease. “Every time we ignore someone in need, we lose a little big of our humanity,” he said.

The other idea presented at the meeting was to make the station the future home of the Umojafest PEACE Center. Currently based at 24th and Spring, the center is bursting at the seams with 150-200 young people using it every week, said Nicquitta Brooks.

“If [the youth] are not given a stake in the community, that’s when they start acting destructively,” said Wyking Garrett, explaining why a space like the Umojafest PEACE Center is important.

There is still time for other proposals for the building to come forward, said the presenters at the meeting. Those interested in purchasing the property should contact Louis Webster of the Financial and Administrative Services Department at [email protected] or call (206) 684-0357. And, of course, let CDNews know about your idea, as well.

Seattle Channel was there and recorded the full meeting. Here’s the video:

Here’s the presentation about the property that was shown at the start of the meeting: FS 6 Comm Mtg Presentation October 2012 FINAL2 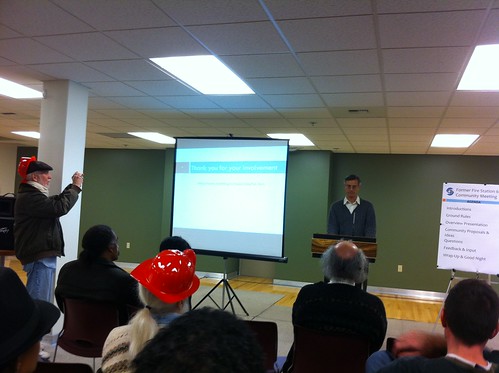