Mayor Mike McGinn was in the neighborhood Tuesday for a community walk followed by a town hall meeting at Kawabe House.

The evening went much more smoothly for the mayor than his June town hall meeting at the Northwest African American Museum, which ended prematurely due to heckling.

The mayor’s walking tour started at Operation Nightwatch at 14th and Main. Nightwatch works to find people on the street a place to sleep and to connect them with existing services. 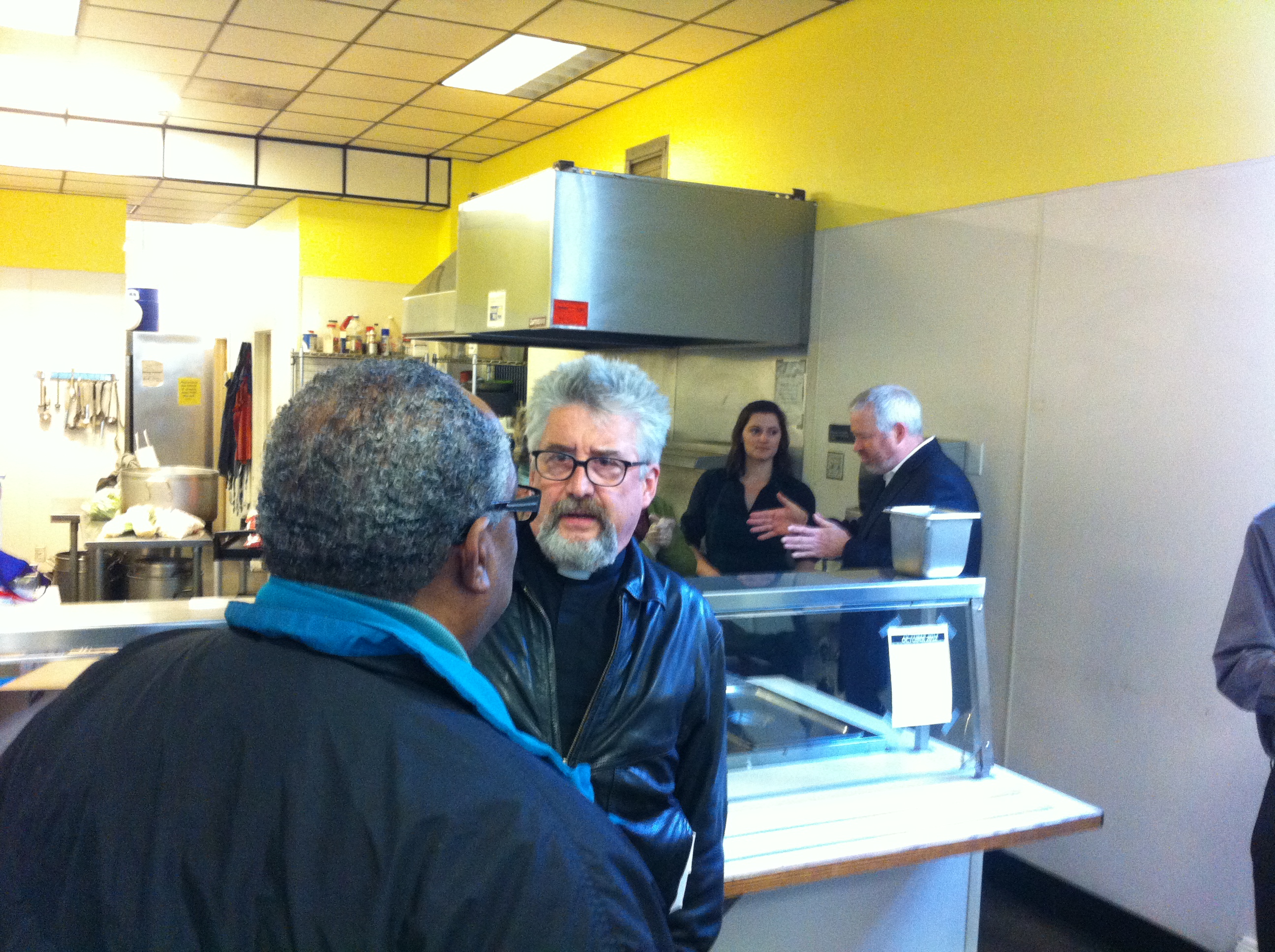 The mayor also walked through the under-construction Casa Latina expansion on Jackson. The project will have retail space on Jackson and a main entrance for Casa Latina programs on the second floor, with walk-in access from the rear. Funding to complete a planned commercial kitchen in the new building will need to be secured before that part of the project can be completed, but the rest of the building is moving forward. 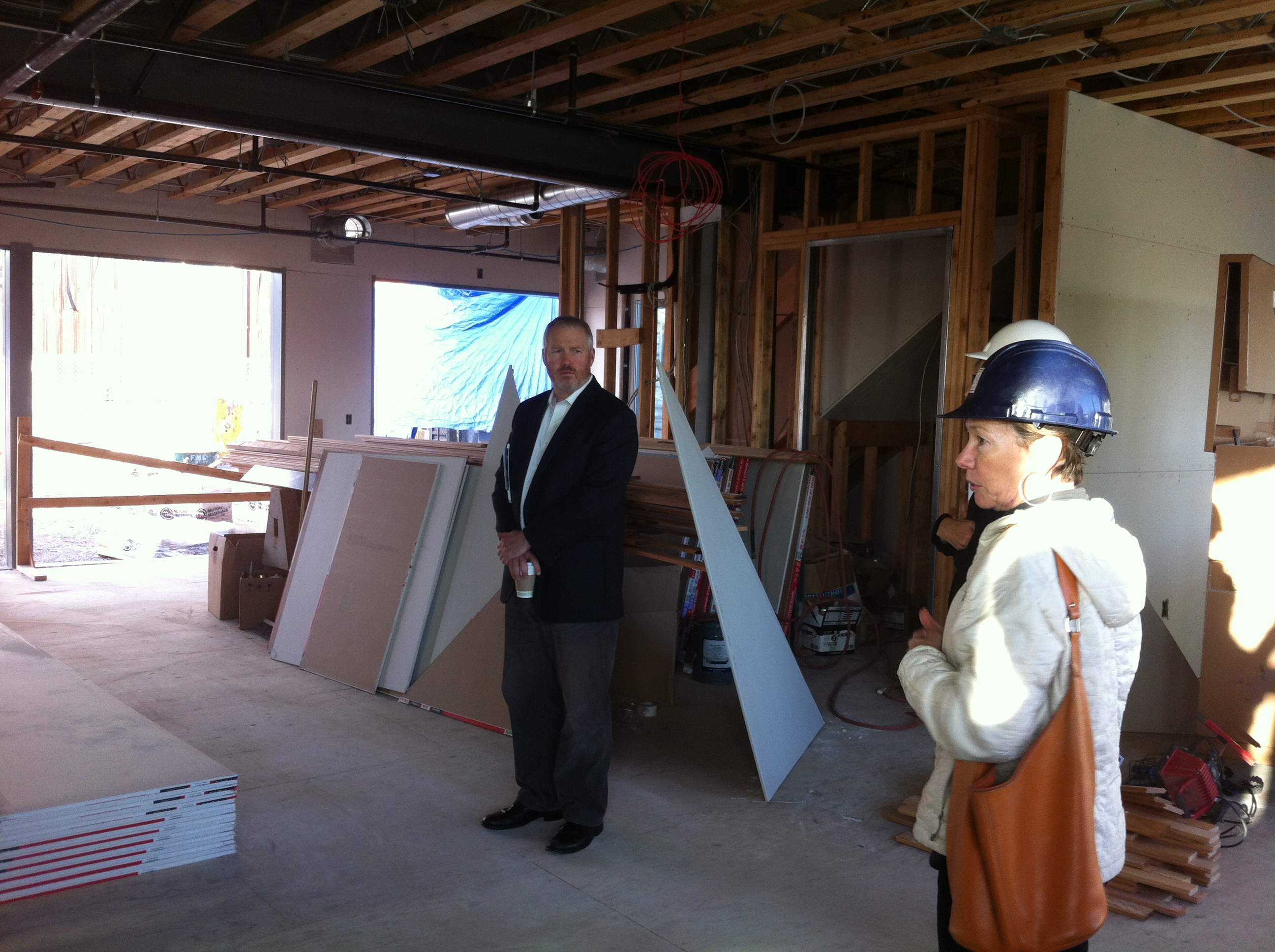 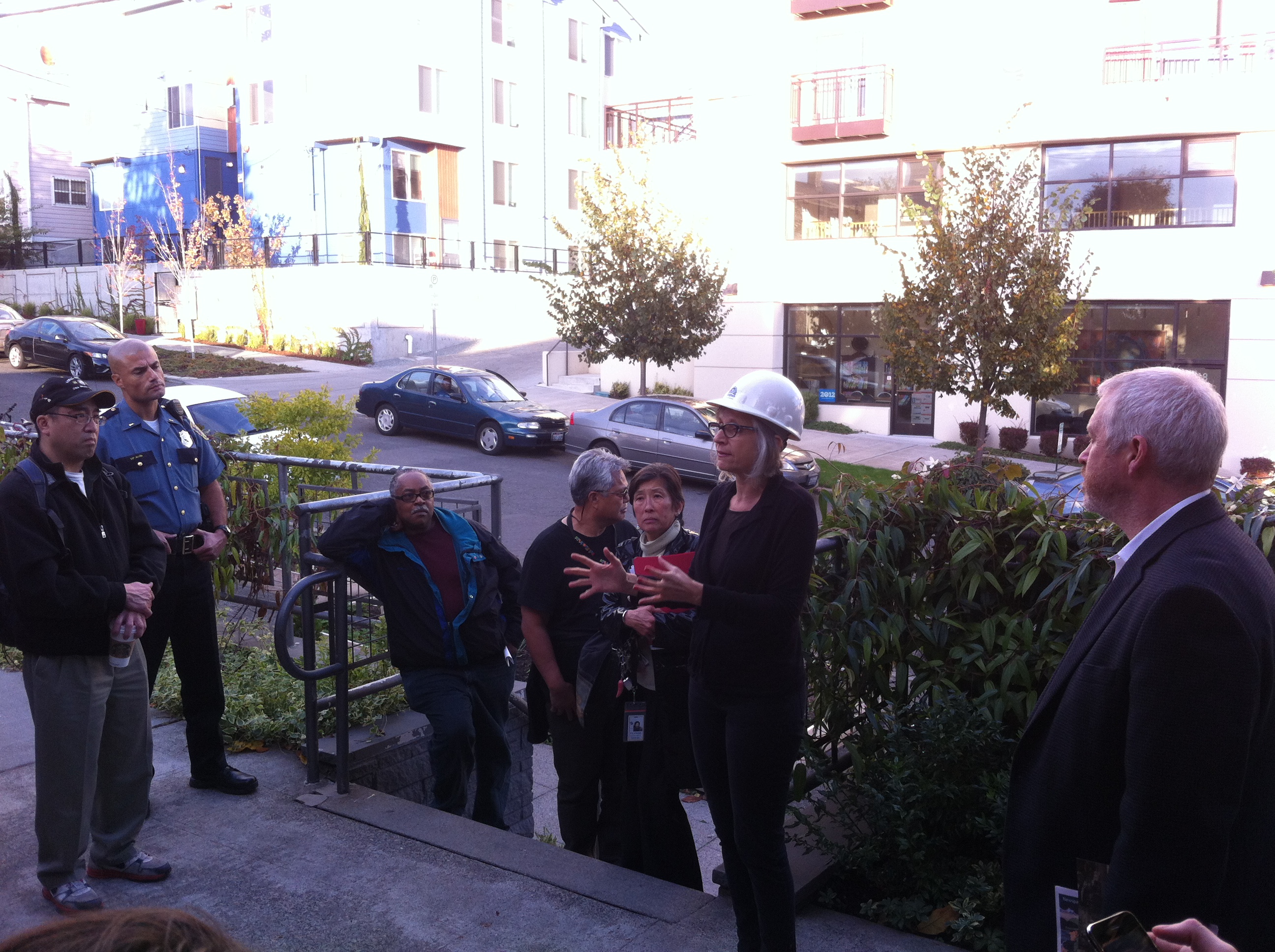 The mayor also stopped into Cheeky Cafe for a coffee and headed to Pratt Fine Arts to check out the facilities. 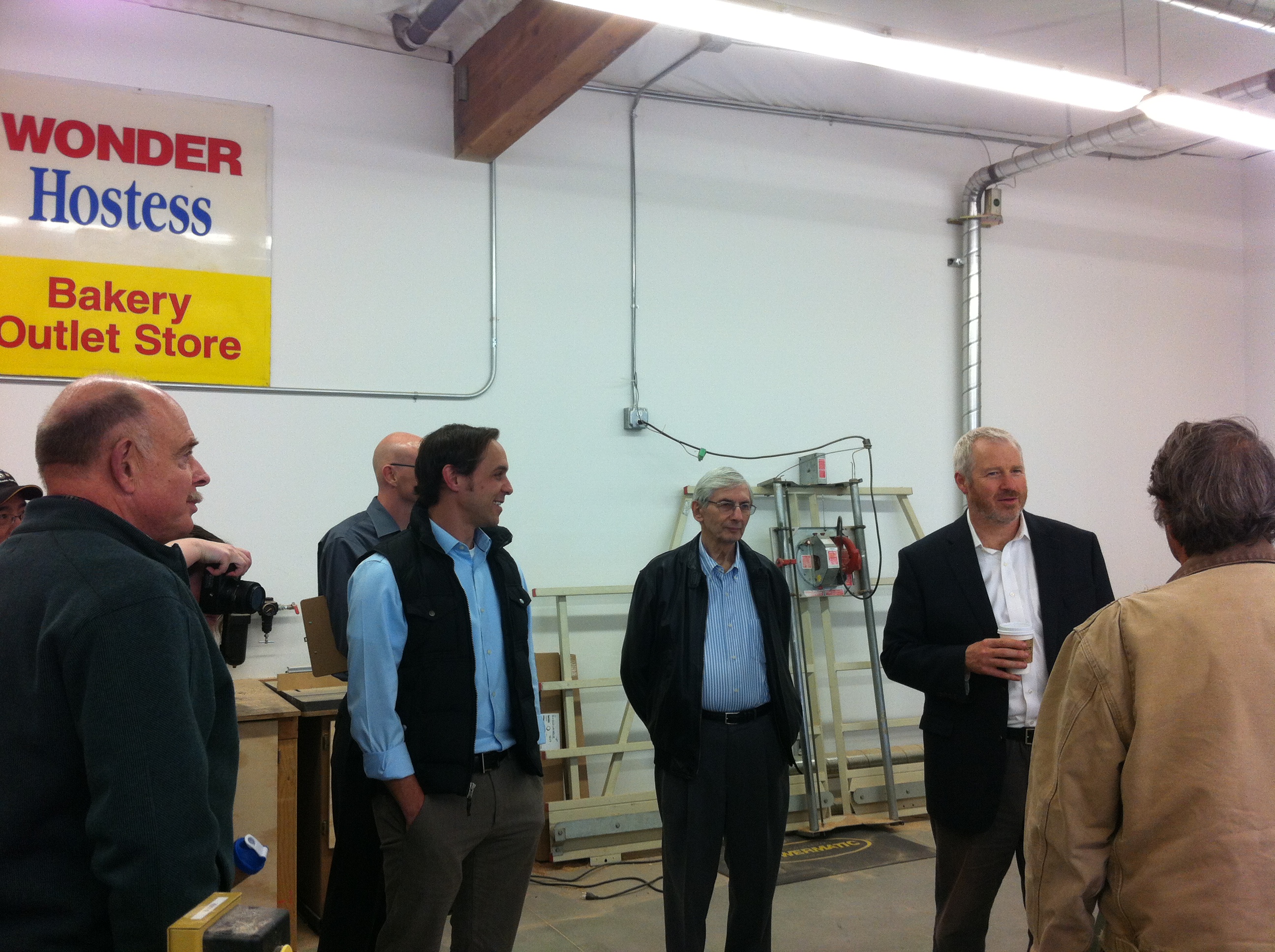 He also stopped to chat with Negsha Yassin, owner of the Corner Store & Deli at 16th and Jackson and the future Wonder Bar & Cafe at 19th and Jackson. Yassin voiced concerns about the lack of lights on Jackson, saying that could be one reason why the windows of his businesses have been vandalized. 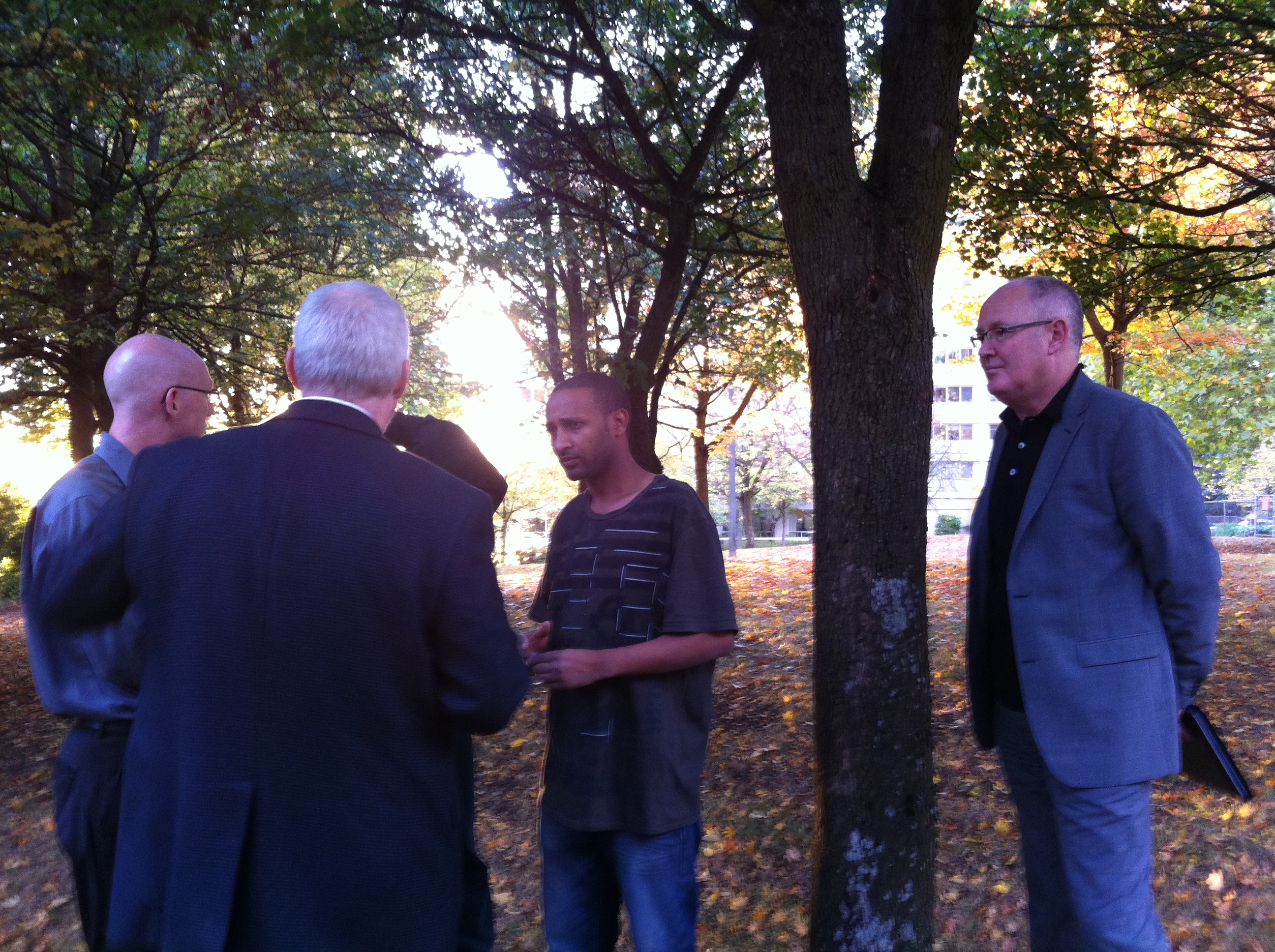 In the town hall, there were only a couple CD-specific questions asked. The mayor said the budget is counting on significant revenue from any future plans for Fire Station #6 at 23rd and Yesler. This very likely means selling the property. There is a public meeting to discuss the station Wednesday evening, 7 p.m. at Langston Hughes Performing Arts Center. 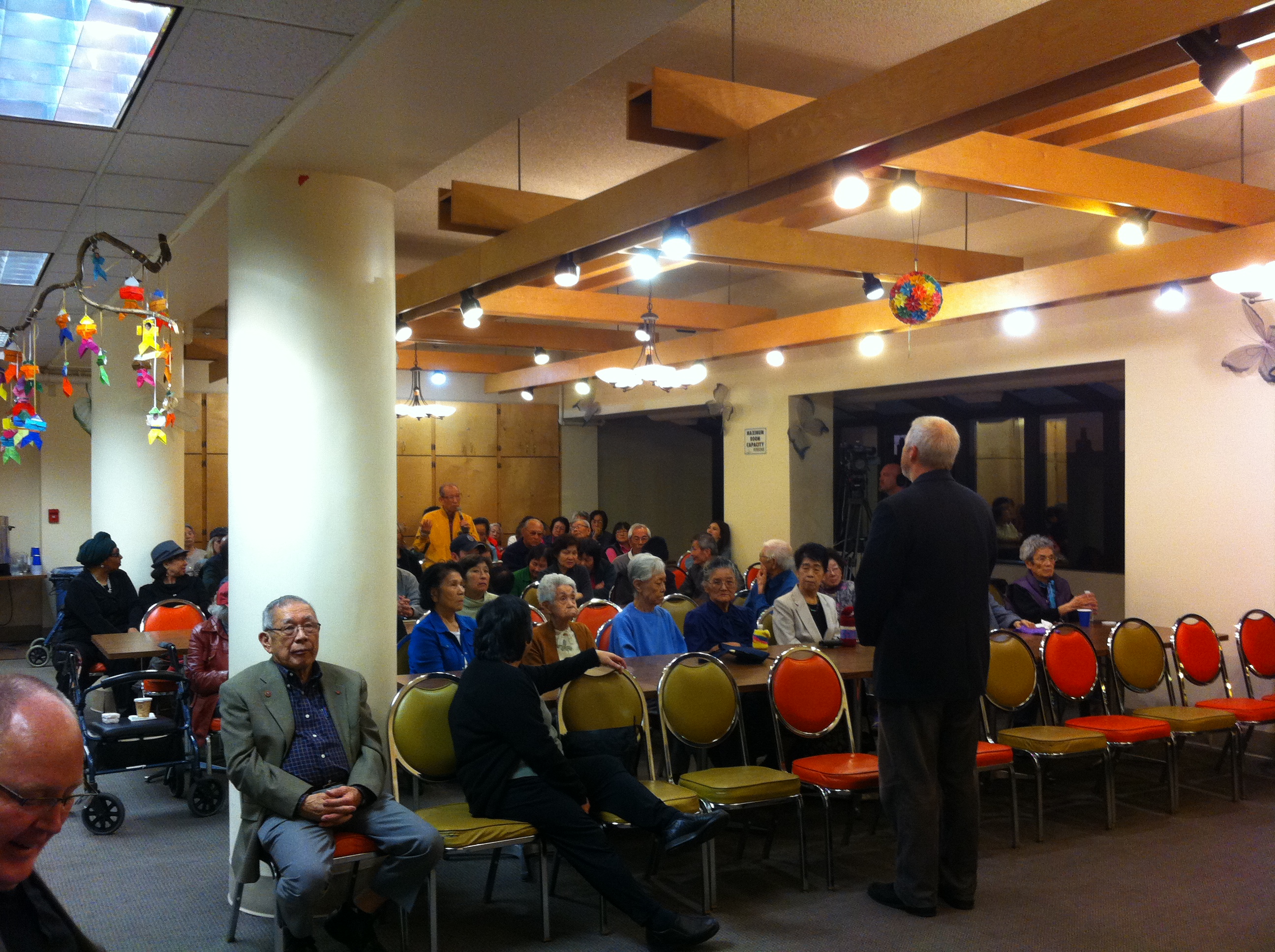 Several people voiced concerns about broken sidewalks, which affects people with mobility issues more than others. One man stood and told his story of falling on a sidewalk crack a few years ago and getting significantly injured.

McGinn said that sidewalks are usually the responsibility of the adjacent property owner. However, problems arise when owners cannot afford to fix the sidewalk, which affects everybody in the neighborhood. Sometimes the city can patch sidewalks with asphalt to help with the worst cracks, but the backlog for significant sidewalk repairs is long.

Other questions ranged from the proper use of drones (the mayor sees them as “a low-cost alternative to having a helicopter” and said there would be a public process before they were used) and what bank the city uses (Wells Fargo, though the mayor supports the creation of a state bank for municipal funds, which could then lend to local businesses).

He was also asked whether the city can provide free Internet to residents. He is interested in letting service providers use the city’s fiber optic network for faster Internet, and this could maybe come with a mandatory low-cost option for low-income people, he said.