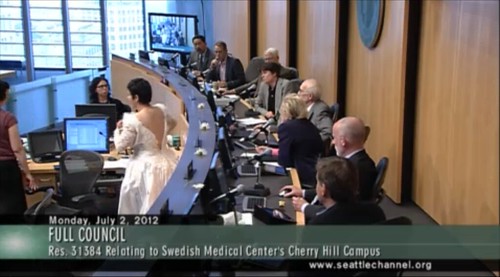 If you don’t want to don a bridal dress and declare your intent to marry the Yesler Terrace neighborhood (see video below), the City Council has arranged two public hearings for you to voice your opinion on the planned redevelopment of the neighborhood. The first is 5:30 p.m. July 17 at Yesler Community Center, and the second is 5:30 p.m. August 8 at City Hall.

Details from the City Council:

Members of the public may testify at either hearing about the proposed Land Use Ordinance, the proposed street vacations, the proposed Planned Action Ordinance under SEPA, the proposed Cooperative Agreement, or other components of the City’s proposed actions to facilitate the redevelopment of Yesler Terrace:

WHO:
Open to the public

At both public hearings interpretation will be provided in the following languages:  Somali, Oromo, Tigrigna, Amharic, Spanish, Vietnamese, Mandarin and Cantonese.

For more information on the proposed legislation and schedule of meetings, visit the Yesler Terrace Redevelopment web page.

Here is the Council’s Tuesday meeting of the Yesler Terrace Committee: 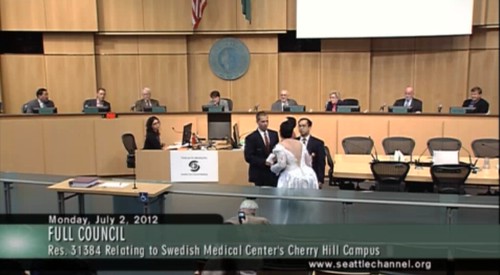