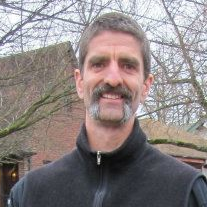 Justin Ferrari was one of 10,000 people registered to bike from Seattle to Portland this weekend before he was killed in the crossfire of a May shooting at MLK and Cherry. Now, a few of his friends plan to ride the 202 miles in his honor.

The Seattle to Portland Classic is Cascade Bicycle Club’s biggest annual ride, and it has become legendary across the country. People from 40 states and four countries will depart from a parking lot near Husky Stadium starting at 4:45 a.m. Saturday morning.

The ride will leave town via Lake Washington Boulevard, traveling alongside Madrona where Ferrari, his wife and two children made their home.

According to Cascade, his friends are “riding in his honor, celebrating Justin’s life and friendship.”