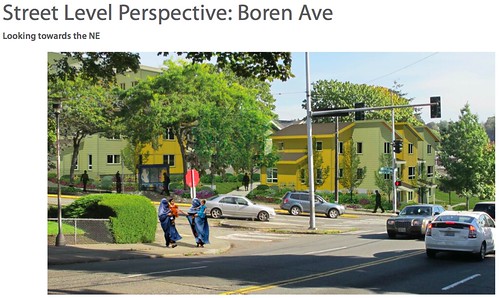 A big affordable housing project on the east side of Boren north of Yesler is the first step in Seattle Housing Authority’s ambitious (and some say risky) Yesler Terrace redevelopment plan.

The plans will go in front of the Design Review Board at 8 p.m. tonight (Wednesday) at the Seattle University Student Center.

The plans would level the existing 40 units of housing to build one large building and three smaller buildings for a total of 100 new units. From the design review documents:

1105 E Fir is located within the 12th Avenue Urban Center Village, which is a subset of the First Hill / Capitol Hill Urban Centers and the Central Area Neighborhood planning area. These plans encourage development that increase housing density and affordability, and create a sense of identity and “pride of place.”

To the southwest of the site, the Seattle Housing Authority (SHA) and the City of Seattle are pursuing a Planned Action Ordinance and Master Plan for the redevelopment of Yesler Terrace, which will add up to 5,000 units of housing, one million square feet of commercial office space and neighborhood services, and over six acres of open space on 34 acres west of Boren Avenue. The 1105 E Fir St project will be the first step in implementing the redevelopment Master Plan.

Below is the full design review document planners will present at Wednesday’s meeting: 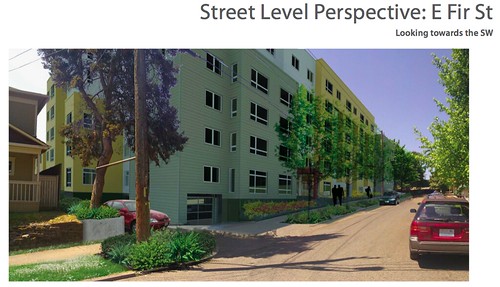 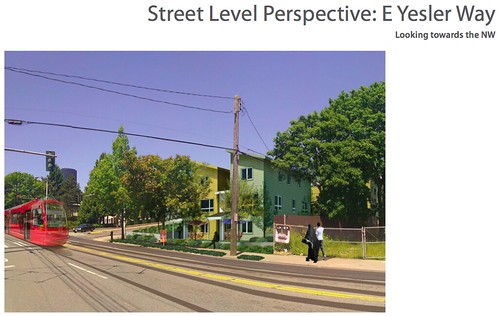 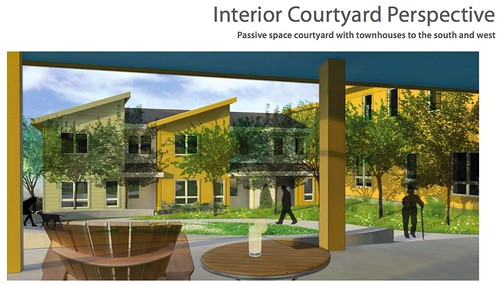 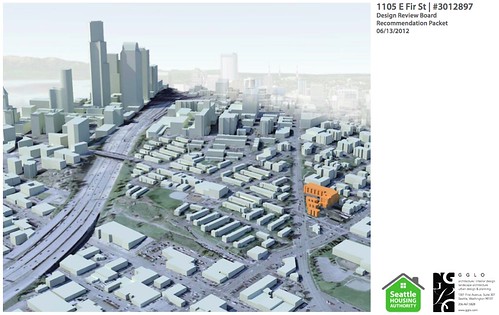