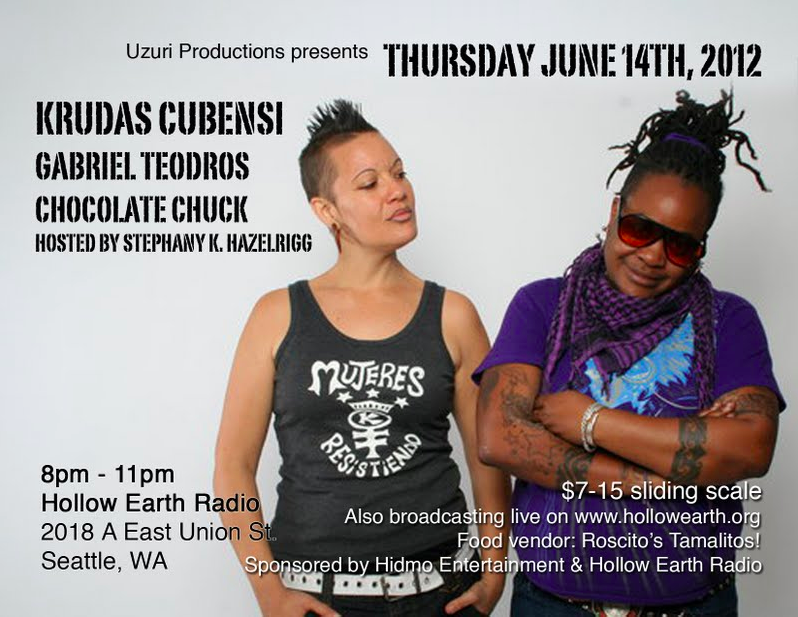 the Founders of many things hiphop, feminist, queer people of color, vegan, collective, & revolutionary in Cuba…..

Odaymara Cuesta and Olivia Prendes are Cuban Hip Hop MCs, Autonomous Musicians, Poets, Theater Performers representing Womyn, Immigrants, Queer and People of Color Action as a Central Part of World Change. They choose the art as a weapon to fight for rights, for balance, for justice, against oppression. They both born, raised in Cuba and began in the ”Artivism” early in their lives.

Below is the music video for Krudas Cubensi’s “La Gorda”