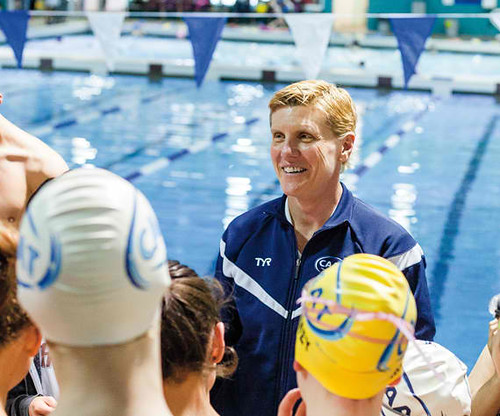 One goal of Dahl and the other CAAT coaches is to encourage a love of swimming among kids from under-represented groups.  The article explains:

BLAME THE COST of swimming lessons—about $100 a month—or a historic lack of access to pools in black communities. But nearly 70 percent of African American children do not know how to swim. The unsurprising result: Black youth drown at a rate three times that of whites.

Lisa Dahl, a world-class swimmer turned coach, has made it her mission to change this. First by reciting the grim numbers to anyone who will listen. And then by arranging scholarships for young swimmers who join her Central Area Aquatic Team (CAAT).

As noted earlier on CDN, CAAT offered their “Get Wet” introduction to swimming earlier this spring.  Youth can join at any time, however, and scholarships are available.