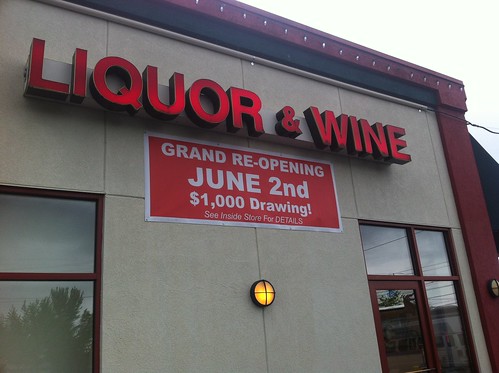 The State of Washington will close their liquor store May 30 and turn over the keys to two entrepreneurial young men and the team of old and new faces who will run the shop starting June 1. The shop will only be closed one day for the transition.

Longtime Manager Carrie Halterman will remain the manager of the store, and she said she is excited to get out from under the Liquor Board’s “micromanaging” and start organizing the shop how she wants and buying a wider range of products not available before.

“When we start to order, we’ll be able to get things like half pints, things we haven’t seen in Washington,” she said. “I’m looking forward to it. It’s gonna be fun and different.”

But not too different at first. Halterman said all the staff will be familiar faces behind the store’s counters, and their first priority during the changeover is to keep the doors open. But over time, the tired Liquor Control Board look will morph into a new, personalized neighborhood store, according to Halterman and Khang Tran.

Tran’s job is to be something of a general manager for the new owners’ endeavor. Michale and Daniel Beraki, who are brothers, purchased the 23rd and Union store as well as a liquor store in Lynnwood. But the brothers already have their hands full running East African Money Wiring on MLK just south of Rainier, so they hired Tran to manage the liquor stores.

Halterman wants people to be prepared for some sticker shock when the store changes hands. Prices could increase as much as 25 percent, she said. But that is due to the new taxes on liquor that were part of I-1183, which voters approved last fall. Prices will increase everywhere liquor is sold, she said.

The official grand reopening of the store is June 2, but the doors will be open June 1. To celebrate, they are holding a raffle. For every $25 you spend between June 2 and June 10, you get a ticket. At the end, there will be a drawing for at $1,000 prize. Could be a good excuse to buy the good stuff.