Two weeks after thousands marched from the Greater Mount Baker Baptist Church to MLK Memorial Park to protest the killing of Trayvon Martin in Florida, the Seattle-King County NAACP is set to hold another protest rally Saturday.

The protest is scheduled for 3 p.m. at Mount Zion Baptist Church at 19th and Madison, according to a flier posted on Slog.

UPDATE: After a rally, protestors will march to Westlake Park via Madison and 6th Ave. 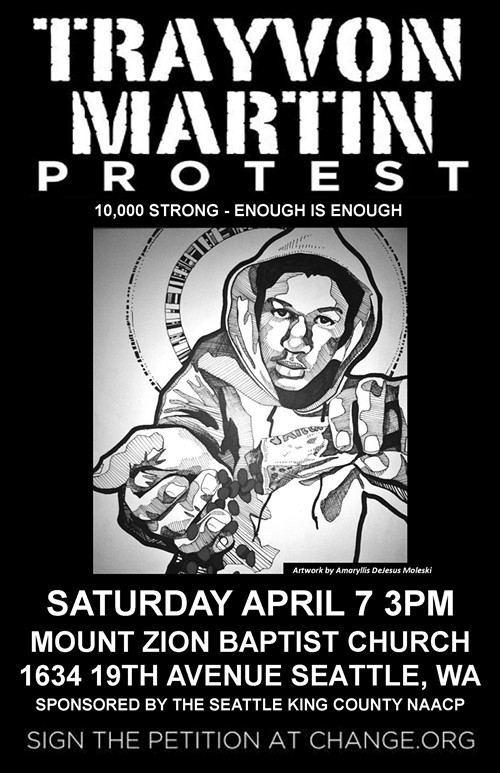