The liquor store at 23rd and Union didn’t open early enough for one intoxicated man March 29. After hanging around outside the front doors for a couple minutes around 8:30 a.m., the man allegedly kicked in the glass door and stole a couple bottles of Paul Masson brandy.

Police found him nearby and arrested him. For future reference, the shop opens at 10 a.m. on Thursdays. 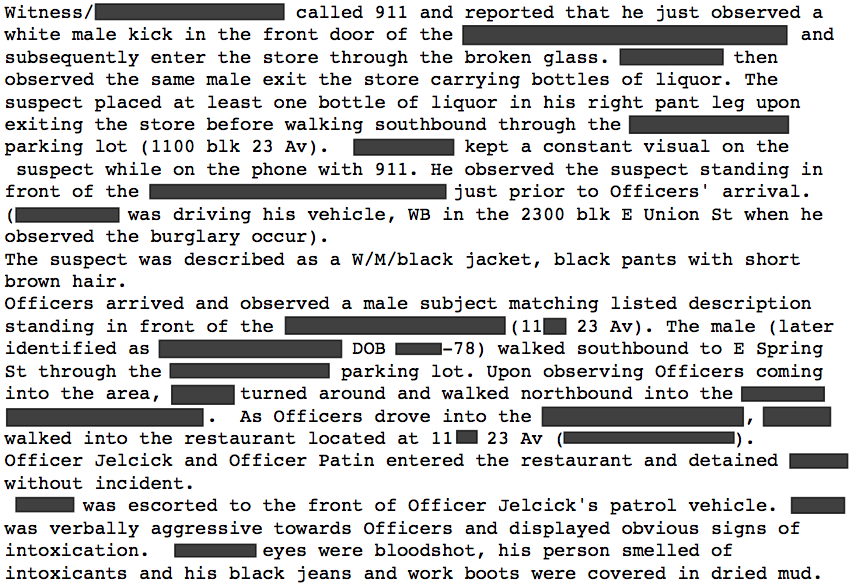 Speaking of the Union liquor store, the state auction for the store’s right to sell liquor goes until April 20. It is currently up to $60,000, the second highest in the state (rights to a shop in Greenwood is now up $64,000).

The shop was also featured in a recent video by CD artist and Garfield grad Sam Lachow: