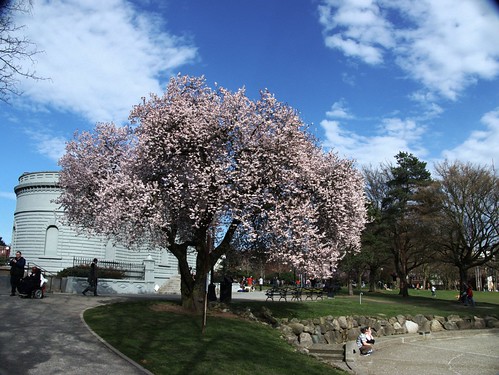 Seattle Parks has scrambled egg hunts from across central Seattle this Easter into one big celebration on Capitol Hill.

The free hunt for kids 1-11 will take over Cal Anderson Park on Saturday, April 7 from 10a to noon. It’s an early holiday this year — Easter Sunday is, indeed, April 8.

Typically held at the various community centers in the area, the combined 2012 event is touted as “the greatest egg hunt ever!” It’s also a byproduct, of course, of continued belt tightening with the city department responsible for Seattle’s open spaces. But let’s not worry about that. Let’s talk about plastic eggs filled with candy, stickers and fun.

Egg Hunt at Cal Anderson Park
Join in the fun as the Montlake, Miller and Garfield community centers join forces to hold the greatest egg hunt ever! The event has moved to Cal Anderson Park and begins at 10 am. Donations are gladly accepted.

If you know of other community hunts in the CD, let us know in comments.