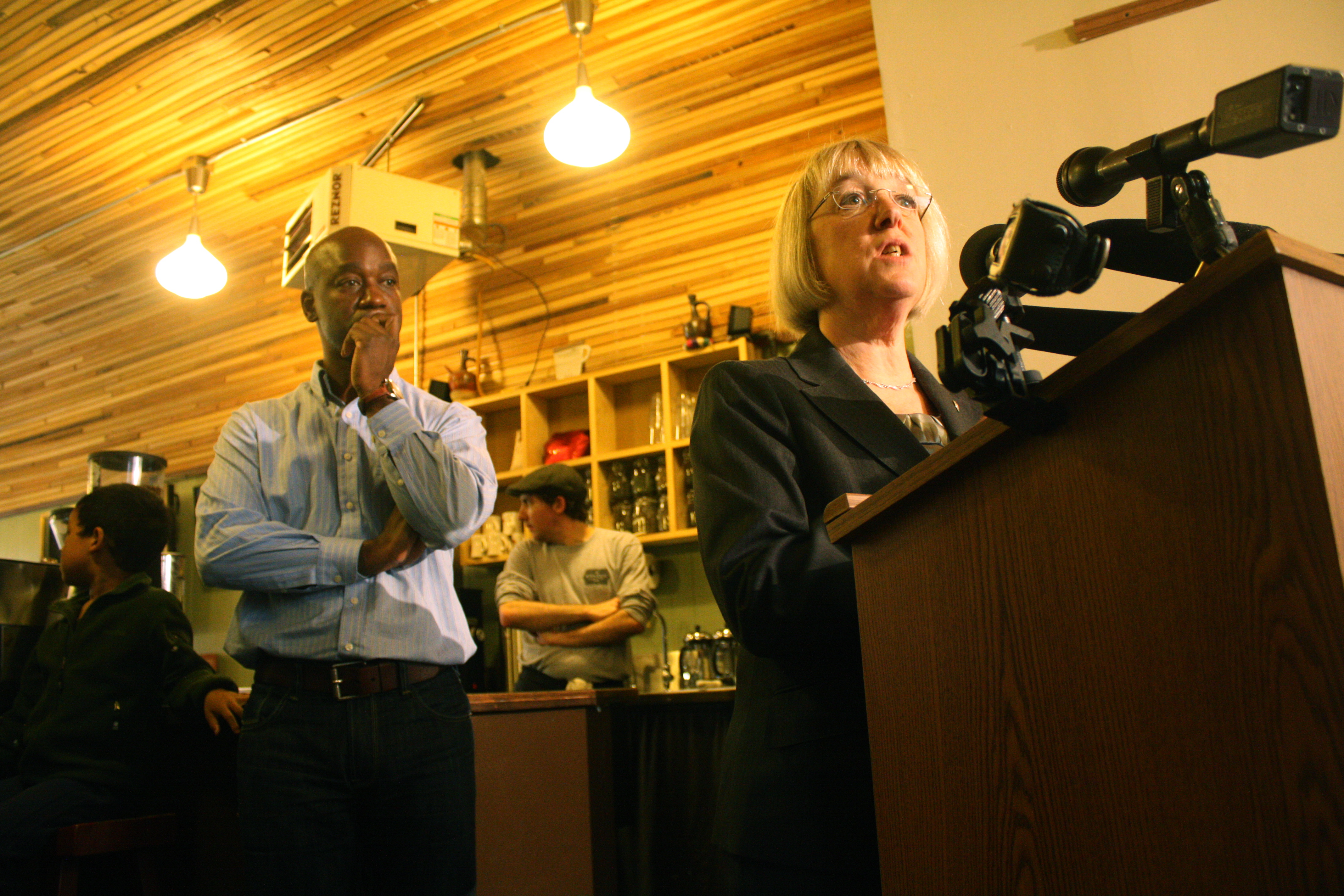 Brian Wells looks on as the senator speaks at Tougo (Image: CDN/CHS)

Patty Murray’s visit to 18th Ave’s Tougo Coffee to discuss legislation to level the playing field on tax-dodging gazillionaires has a back-story the senator probably had no idea was prologue to her Wednesday morning appearance.

“I don’t ever want to put it behind me because it’s something to keep me motivated to keep working harder, to keep working smarter,” Brian Wells said following the press conference inside his coffee shop. In early 2011, Central District News reported on a $10,000 City of Seattle tax hole the 18th and Union coffee shop had fallen into. With donations — and a friendly payment schedule — Tougo is back on its feet. Wells said Murray’s visit to his shop brought the struggles he has had running a small business back into focus as he says Tougo is continuing to make progress as a community hub in the neighborhood.

“It feels full circle because we’re still struggling with some of the issues we had with our taxes,” he said. “We’re on a really good schedule to get that paid off but it’s not that far away.”

“Tax day is just a few days away and families across our state are putting the final touches on their tax returns and getting ready to send them in,” Murray said during her time at the microphone inside the busy coffee shop. “And under current law the wealthiest Americans are able to work with their accountants to find and exploit every loophole in the book to bring down their rates and reduce what they owe.”

“The wealthiest Americans should be playing by the same set of rules as every other American family,” Murray said.

In his time at the podium, Wells said he is angered by the country’s tax code inequity.

“It burns me, it gets my blood to boil a little bit,” the Tougo owner said. “But small business owners around the country are supporting tax changes like the Buffett Rule that will ensure that millionaires are not only contributing but they’re pulling their full share of weight in regards to taxes.”

The Tougo location for the Wednesday conference was chosen by the Main Street Alliance, a national coalition of small-business groups, for its focus on community, reps from the Washington wing of the group told CHS. 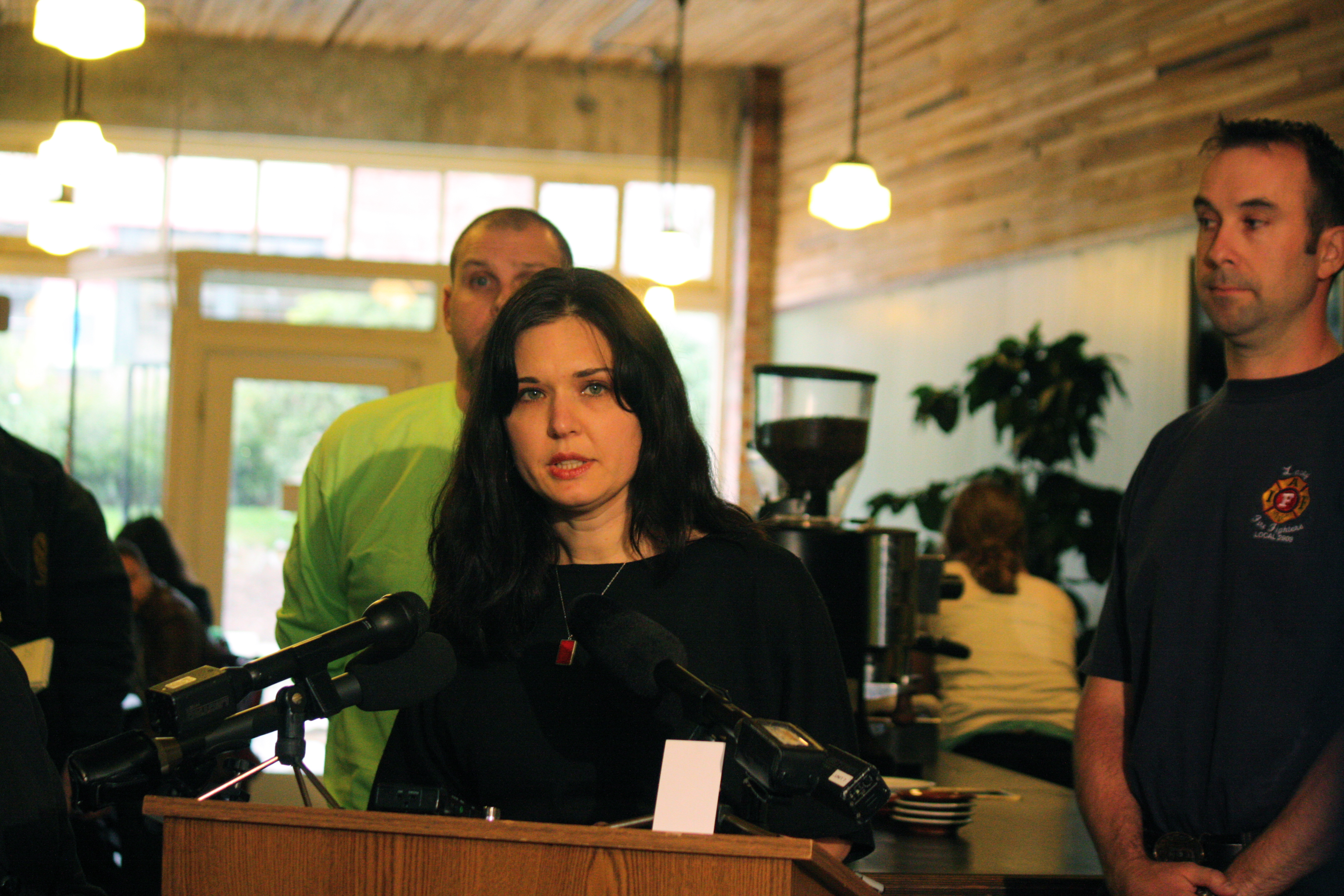 Magpie owner Malia Keene joined Wells at the podium along with Murray.

“While I don’t like writing that tax check, I am proud to do so,” she said.

“But when millionaires game the system to avoid paying their fair share it means that small business owners and middle class tax payers are left picking up their tab.”

Murray said the Buffett Rule legislation will be introduced when the Senate resumes next week.