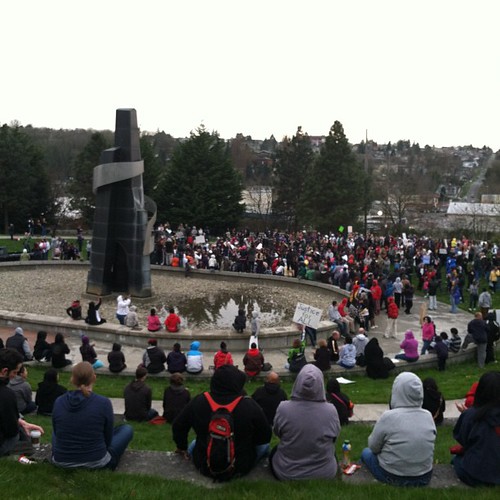 Chanting “I Am Trayvon Martin,” an estimated 2,000 people marched from the Greater Mount Baker Baptist Church at 25th and Jackson to Martin Luther King Memorial Park Monday in protest of the Florida teen’s killing (see our previous post). Protester’s demanded justice for Martin’s family and the arrest of George Zimmerman, the block watch captain who pursued Martin and shot him.

Martin was unarmed, carrying only a can of iced tea, a bag of Skittles and a cell phone at the time of the shooting. Police did not arrest Zimmerman or test him for drugs and alcohol, prompting outrage from the family when they learned the details of the case several days later.

That outrage spread across the country.

UStream user scyon posted video of the Seattle march. Speeches at the rally start around the 23:00 mark:

UPDATE: CD photographer Truman Buffett was at the protest. Below are some of his photos. You can see more on Buffett’s website. 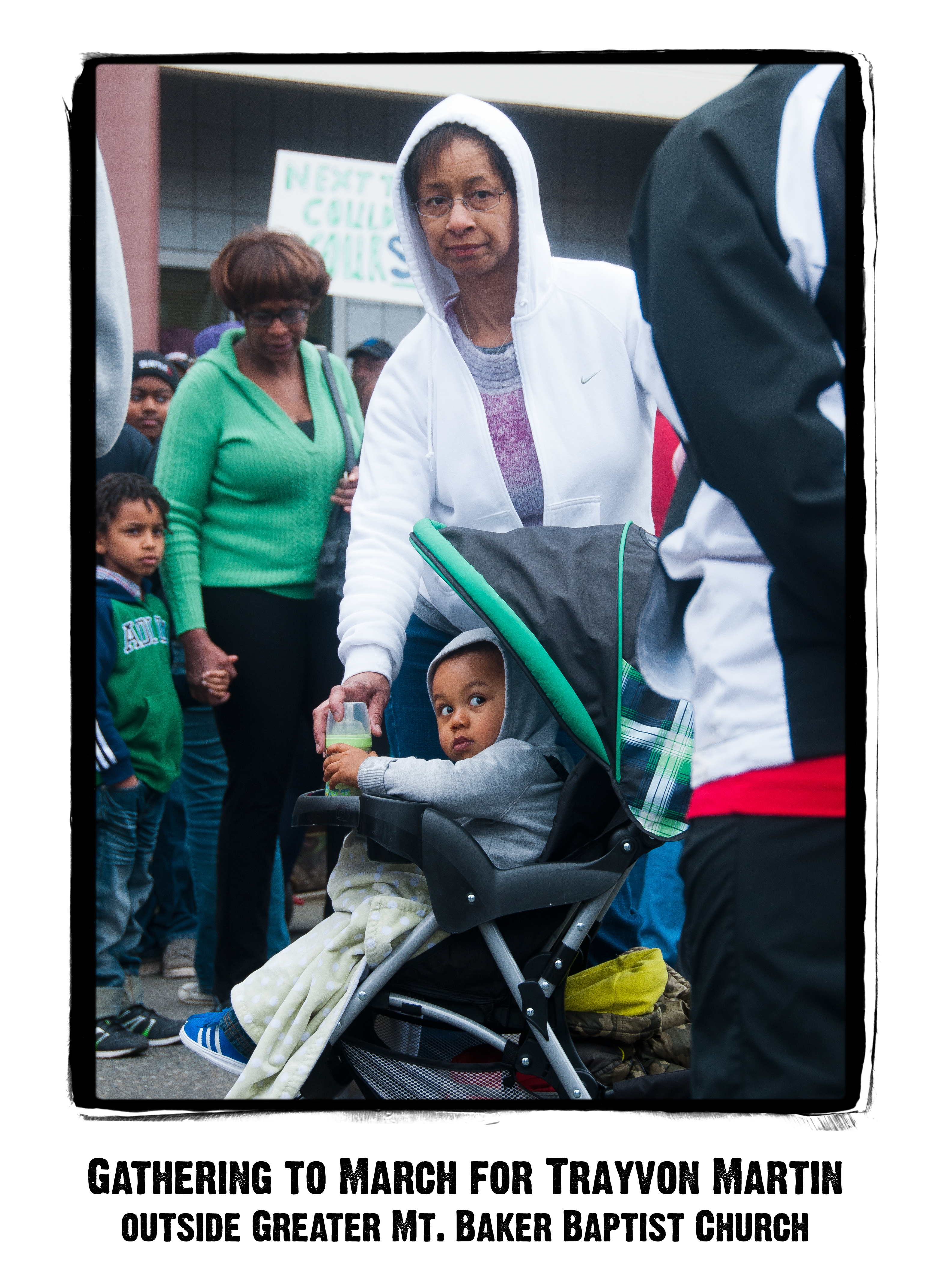 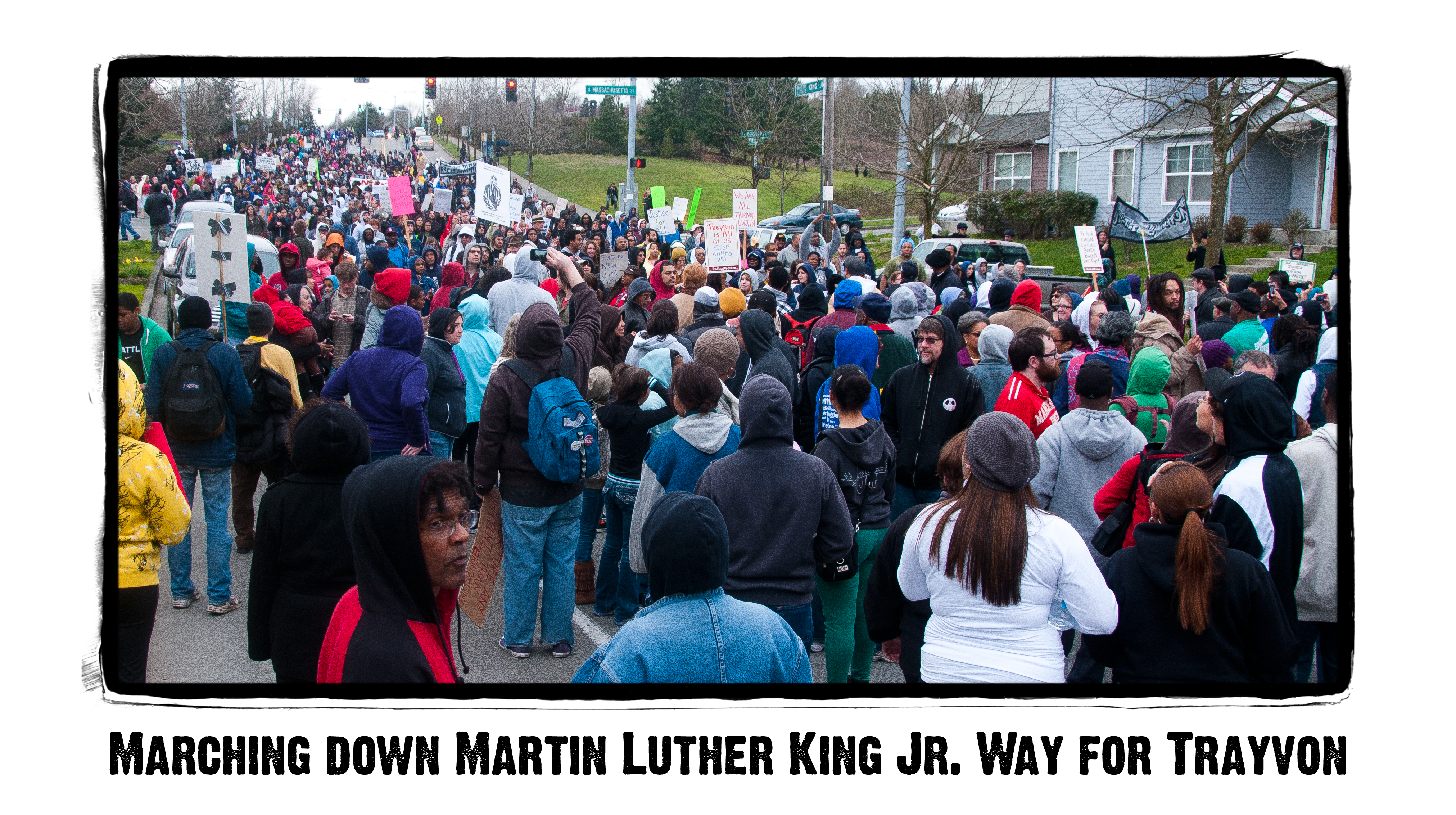 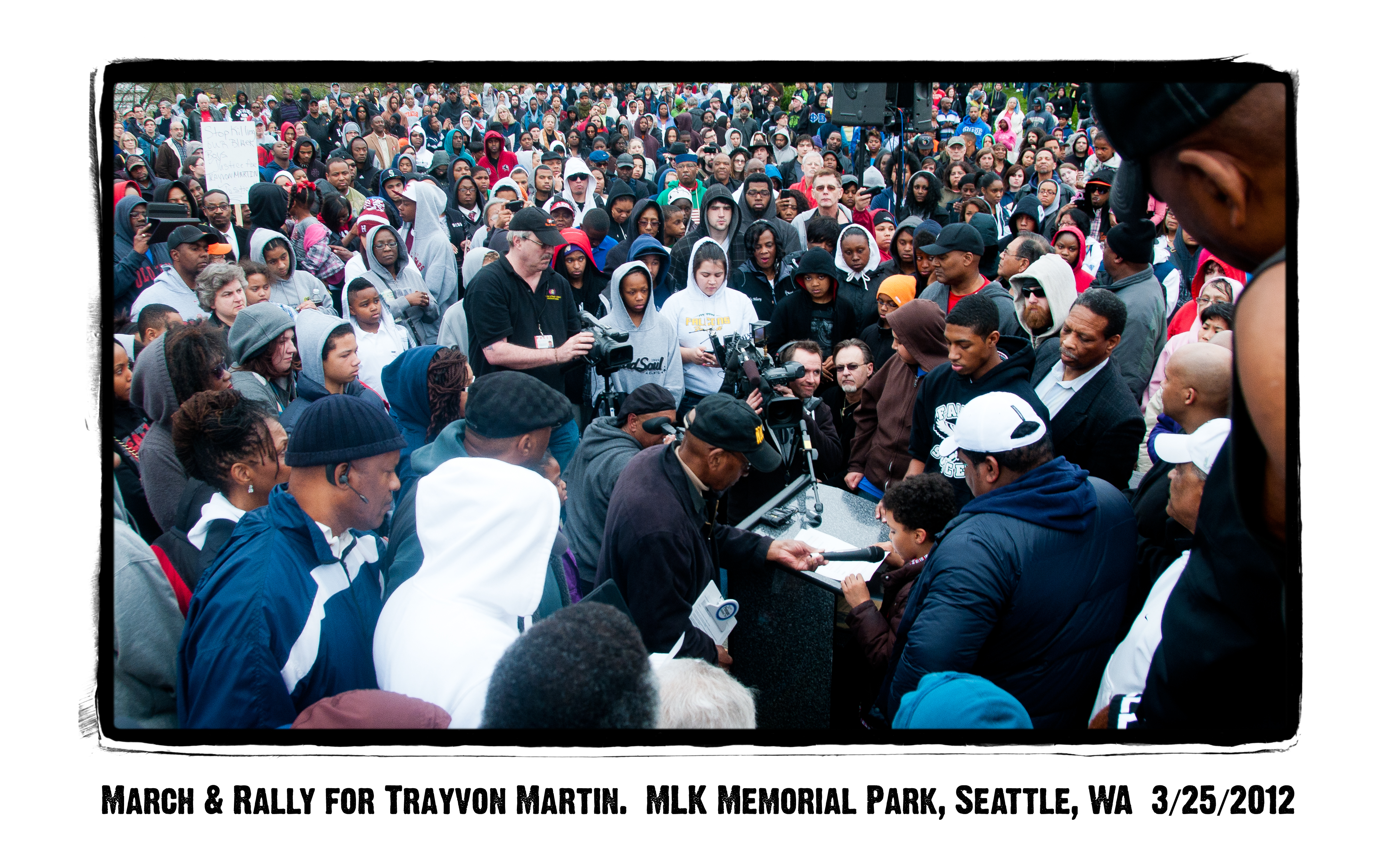