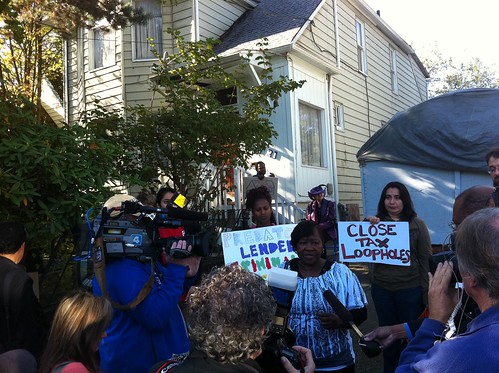 When Dixie Mitchell faced foreclosure on her 21st Ave home of 45 years, she fought back. She wasn’t looking to get out of her loan, she just wanted the chance to pay it back after the banks bundled and resold the loan several times, sending her interest rate through the roof. In the meantime, her husband had a stroke and was unable to work, and Dixie, a cancer survivor herself, was trying to get the loan owners to sit down with her for a state-mandated foreclosure mediation session.

After thousands of people signed a petition in support of the Mitchells and lots of media coverage, the lenders finally agreed to restructure her payments.

Her story will be featured today in the Culture Project’s “Blueprint for Accountability: The Wall St-Washington Connection.” the theatrical reenactment and panel discussion out of Washington D.C. features some big names, including Van Jones, Ron Suskind and Eliot Spitzer. It will happen live in D.C., but you can watch online (see video player below). Broadcast is 4 p.m. today (March 27).

Her story highlighted the bad practices of the big banks and epitomized the struggle that millions of homeowners were facing. Dixie launched a national petition and quickly received 7,385 signatures of support from across the country. We worked with Dixie to get the petition signatures delivered to her mortgage company in Florida while we held a press conference at her home in Seattle. Due to the volume of petition signatures and the expansive media coverage of Dixie’s plight, her mortgage company finally agreed to modify her loan.

And now Dixie’s story is going national. The Culture Project in New York heard about Dixie and is featuring her story in their event next week: “Blueprint for Accountability: The Wall Street-Washington Connection.” Through theatrical representations of personal stories and a panel discussion, the program will confront the economic crisis and the role the big banks played in crashing our economy.

Although the event is taking place in Washington DC, they will be live-streaming, which will allow folks to watch and support Dixie from the west coast.

You can join in on the conversation through social media as well:

UPDATE: You can watch the program in its entirety at the FORA.tv website (Dixie’s story starts around the 23:00 mark): 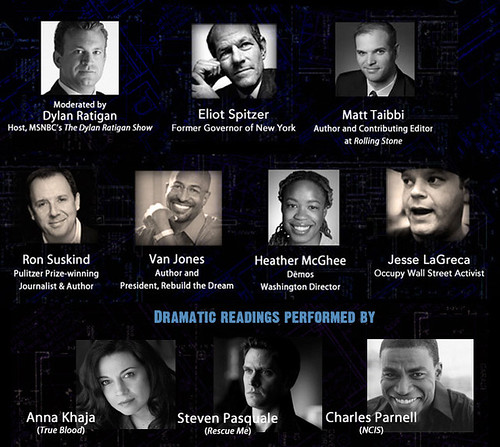