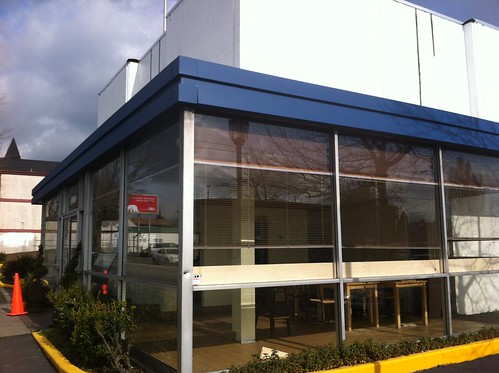 When the Beehive Bakery went belly-up in November, there were fears the former Philly’s Cheese Steak building would go back to being endlessly vacant. But that’s not the case this time, as Pioneer Square’s Mediterranean Mix takes over the space to open their second location (as noted in this community post by MarkJ).

“I’ve got a lot of plans for that place,” said owner Otmane Bezzaz, who also runs Pioneer Square’s historic J&M Cafe. The new Mediterranean Mix will have a similar menu to the Pioneer Square location, but the increased kitchen space will let them add a few extra items. In all, there will be about two dozen Greek and Mediterranean dishes to choose from, including their signature chicken and rice.

“We don’t buy frozen stuff,” Bezzaz said. “We make everything from scratch.”

With the opening of the Neighbor Lady next door planned in the next month, Bezzaz said he hopes the restaurant can help make the intersection more vibrant. The restaurant will close around 10 or 11 when it first opens, but the hours may extend as they get settled. They also plan to deliver.