The city is about to clear the way for a slightly-later-than-planned April start of construction on the First Hill Streetcar connecting Pioneer Square with Capitol Hill via Bailey Gatzert Elementary and Yesler Terrace. Planners hope an April start will get the project on track for an early 2014 start of service.

The first of two construction open houses is Tuesday from 5 – 8 p.m. at Union Station’s Ruth Fisher Boardroom (401 S Jackson Street). The second open house will be March 7 from 4 – 7 p.m. in the Broadway Room of the Silver Cloud Hotel (1100 Broadway).

Design work is getting to the final stages, so here’s a look at plans for the neighborhood: 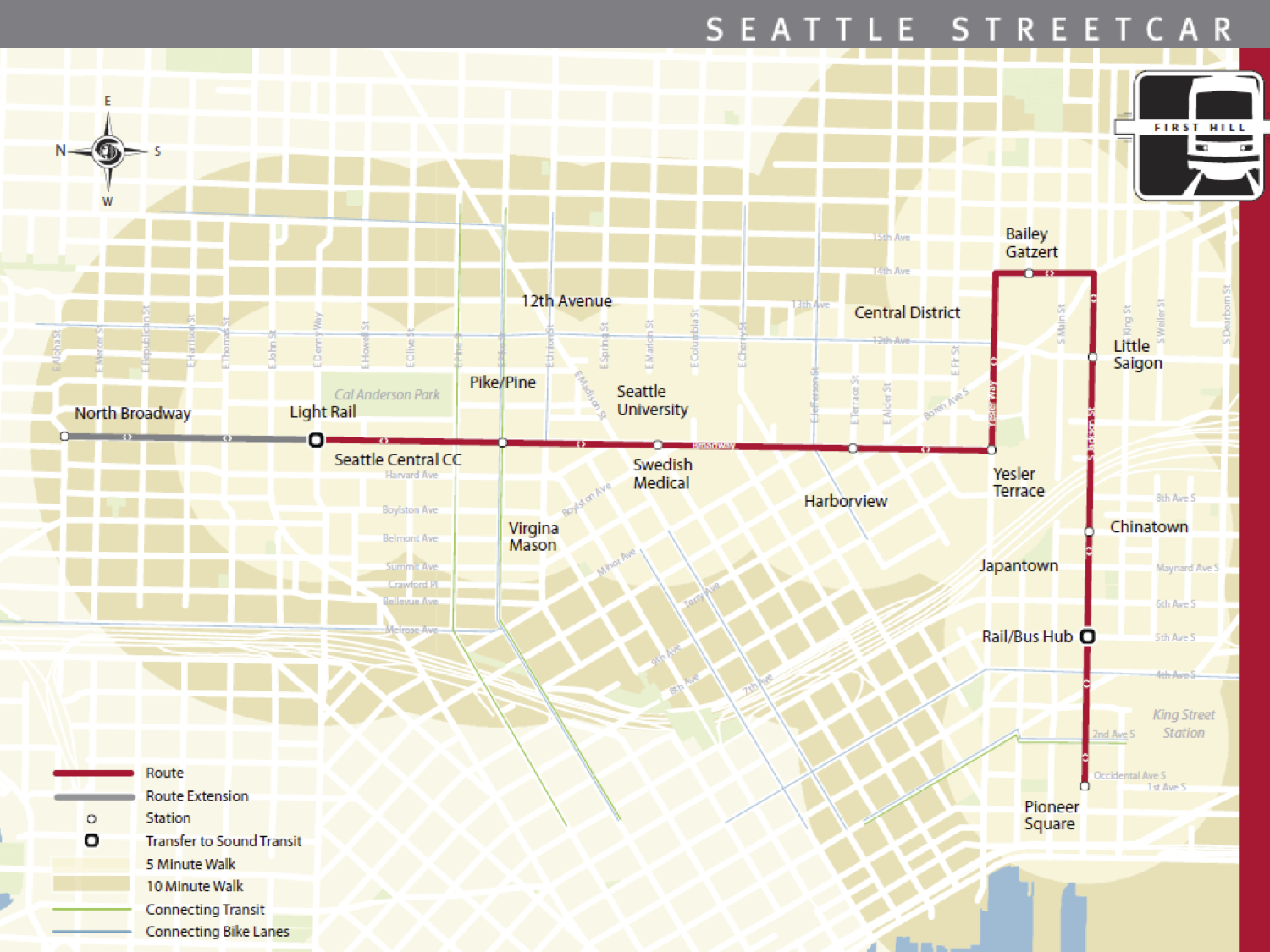 Once completed, large sections of Jackson Place and Squire Park will be within a ten-minute walk of a streetcar stop. The route will run on Yesler Way between 14th Ave and Broadway, then on 14th between Yesler and Jackson, where it heads west to Pioneer Square. The roadways getting the streetcar will be completely reconstructed and redesigned.

Here’s a video flyover of the Yesler to Jackson segment (from August, so some details may have changed):

The intersection of Broadway and Yesler in front of the Yesler Community Center is going to get a complete overhaul. A two-way bikeway on Broadway ends, turning into bike lanes on either side of Yesler (as it is today). There will be a stop on Yesler just after the turn, with public art by Claudia Fitch: 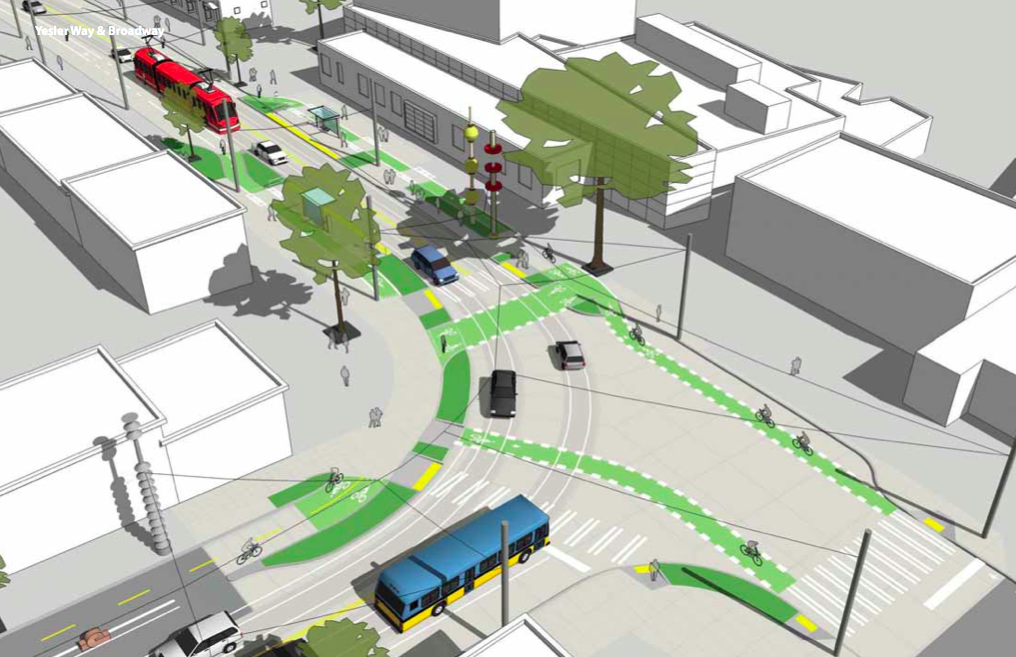 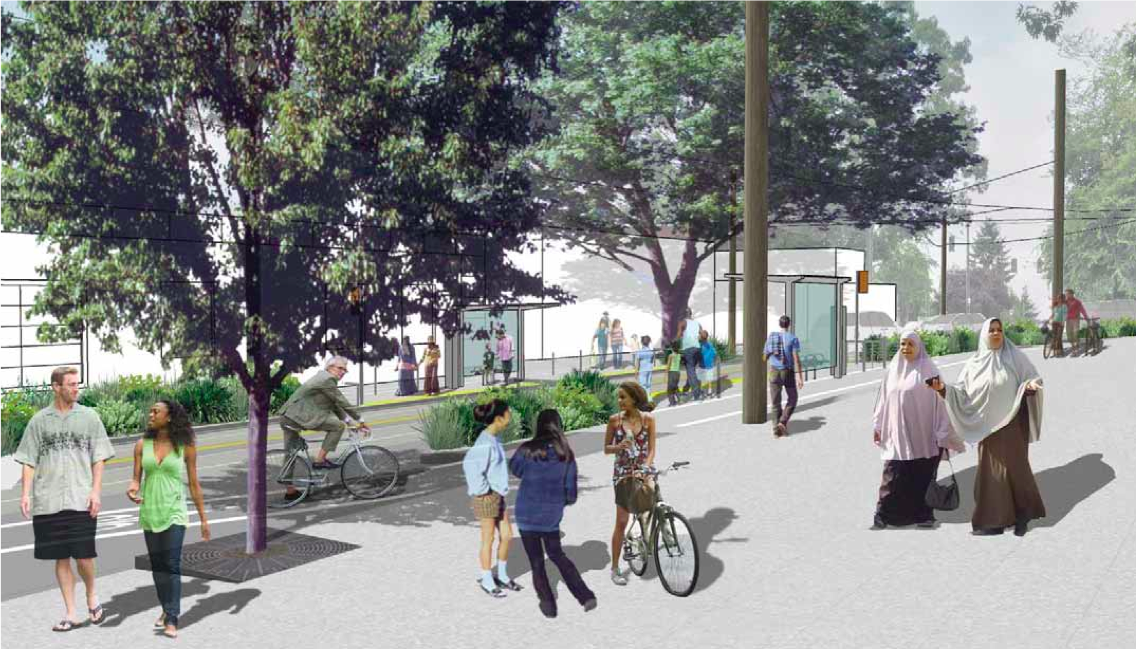 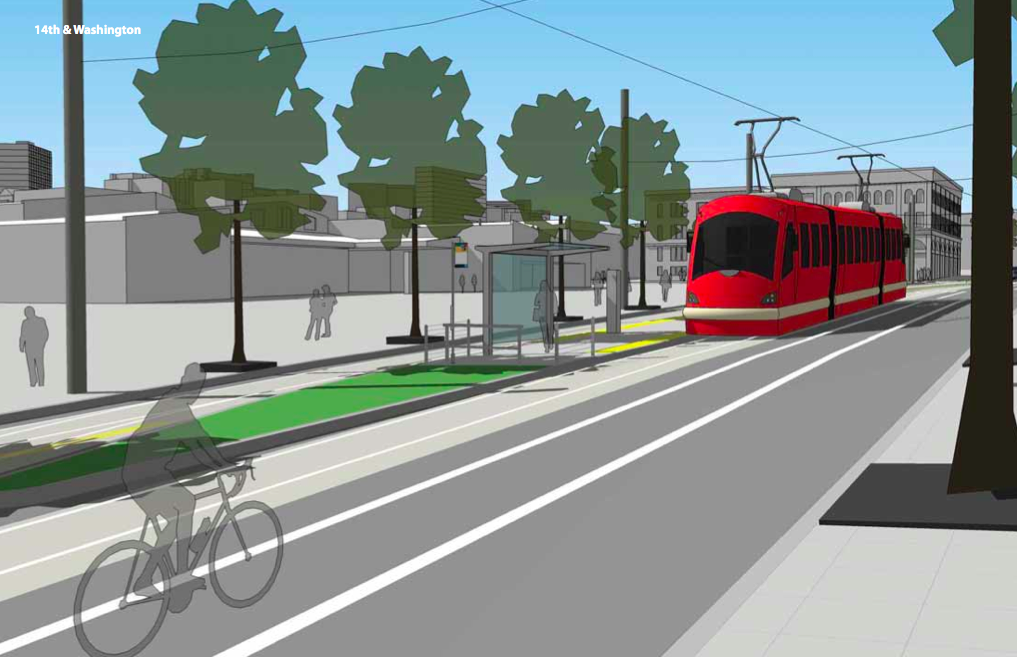 Then the tracks turn onto Jackson at the intersection with Rainier and Boren: 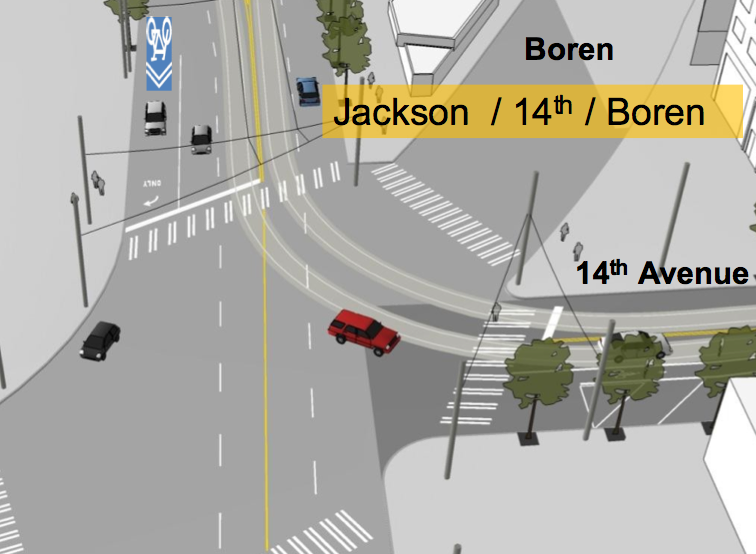 For more details on the plans, see the Seattle Streetcar website.