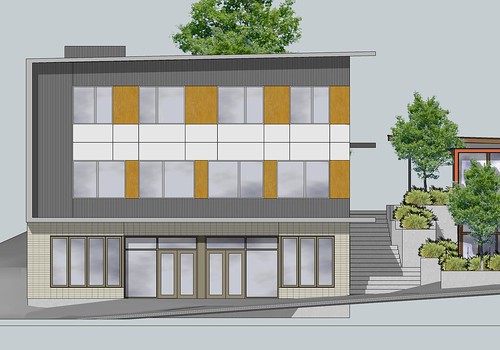 Casa Latina breaks ground today on a new building that will greatly expand their current space at 17th and Jackson. Mayor McGinn will be at the 11 a.m. ceremony to say a few words to mark the beginning of work on the three-story, 6,000 square foot building.

The building will help house the organization’s growing programs, focused on training and finding work for Latino day laborers. It will have retail and a kitchen on the ground level, and the organization plans to house a new labor hall, classrooms and offices in the rest of the space.

Casa Latina will break ground on a new 6,000 sq ft building that will complete its existing campus on South Jackson St. on Thursday, February 9, 2012.  The community is invited to attend the celebration, which begins at 11 am.

Casa Latina, a Seattle-based non-profit organization that works to educate and assist Latino day laborers,  is expanding its campus to meet the growing needs of the workers who receive job skills and safety training and job dispatch services.  Phase I was completed in 2009, when Casa Latina’s programs moved from its trailer and temporary shelters to its current facility.  Since that time, Casa Latina has added additional programs, become more visible in the community and grown in efficiency. This second Phase of the project will maximize flexibility for programming and establish a community gathering space that reflects Latino culture.

“We envision a lively cultural center where Latinos and other community members will come together to celebrate and strengthen social networks,” says Hilary Stern, Founding Executive Director of Casa Latina.  “Creating a sense of home and belonging is the foundation of Casa Latina.”

The new three story structure will have offices, classrooms, a new labor hall, and retail space and a kitchen in the lower level. The exterior will feature a space for artwork, a small plaza and a stairclimb. It is envisioned as a welcoming new home for Casa Latina and a great addition to the neighborhood.  The design includes many sustainable features including natural ventilation, raingardens and extensive use of recycled and reclaimed materials.  The building was designed by Johnston Architects and Anderson Construction Company is the general contractor.

“We are amazed and grateful for the outpouring of community support that has brought us to this moment,” says Stern. “With the investment of our current and future supporters, we are weathering the economic storm and moving forward on this very necessary project that will benefit not only Casa Latina’s workers, but the entire community.” 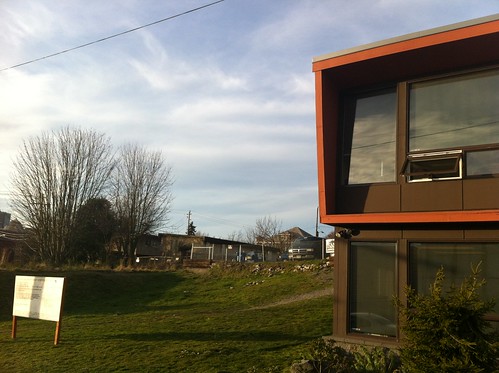 One thought on “Casa Latina breaking ground on new building”