Here’s a roundup of some recent street robberies in the neighborhood.

A cab driver parked his car on Cherry and was walking to a restaurant he and several other drivers frequent when a man came up behind him and got him in a choke hold. A second suspect then took the victim’s phone and wallet. The suspect holding him then punched the victim in the head before the suspects fled. From the police report: 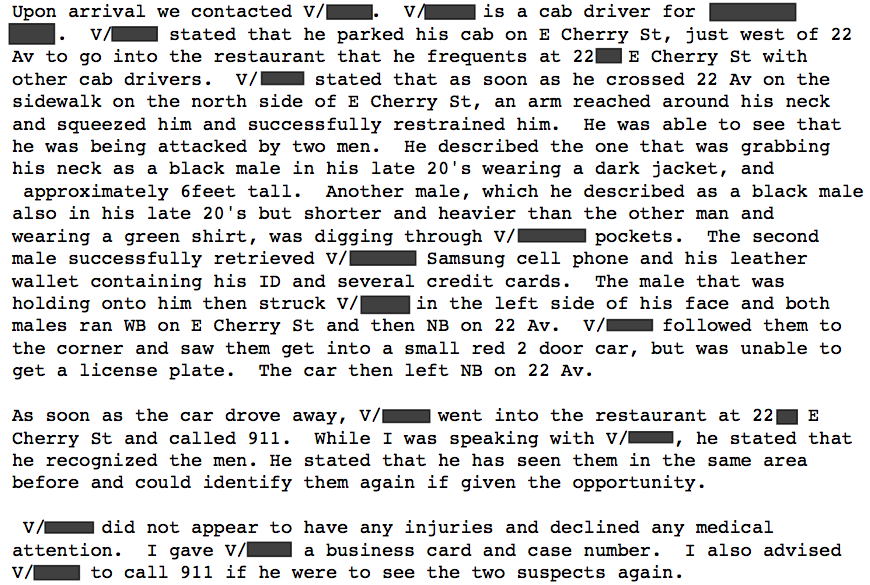 A man riding to work on the number 8 bus was punched in the face and had his phone stolen near MLK and Yesler, according to the police report. The suspects got off at the stop and fled. They were not found. 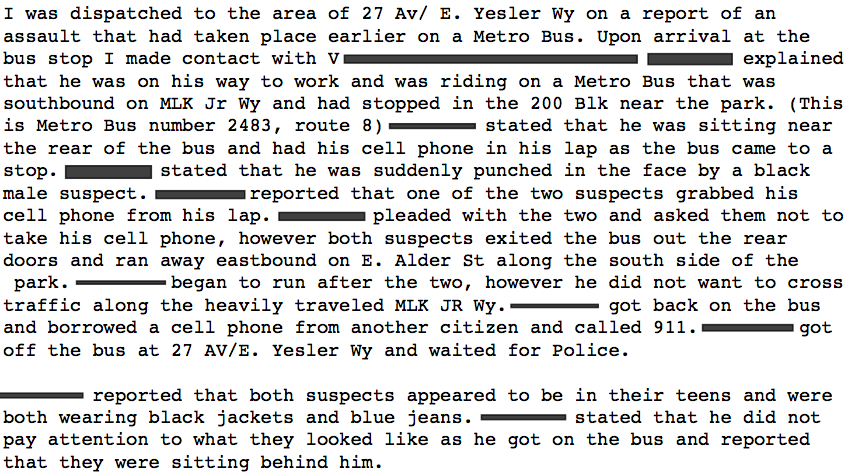 A young man was jumped near MLK and Cherry, but he was able to get away before they took anything of significant value. Though he was punched an kicked, the suspects only got away with 75 cents. From the police report: 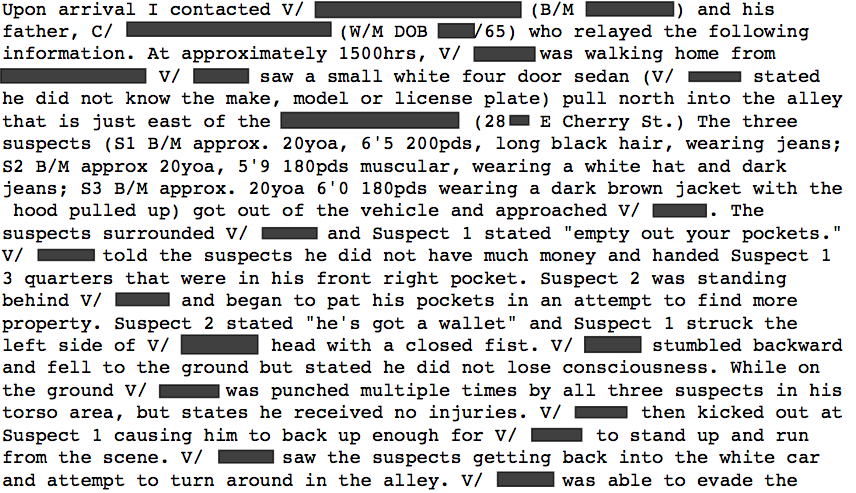