A report evaluating the Seattle Youth Violence Prevention Initiative says the number of young people arrested for violent offenses in targeted areas of the city fell over 20 percent, compared to 12 percent in areas not targeted by the initiative.

The initiative focuses on areas of the city with ongoing youth violence issues, including the Central District as well as southwest and southeast Seattle. 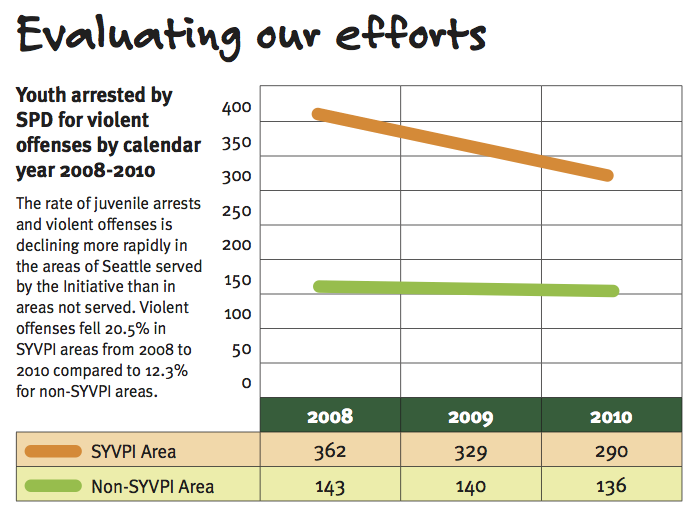 The report comes just a few years after the program got off the ground in 2009. It aims to find youth who are at risk of falling into violence and provide a more “holistic” approach to preventing that from happening, according to the report:

To ensure that Seattle has safe youth and a safe community, the Seattle Youth Violence Prevention Initiative…

… connects and coordinates services to youth through the establishment of Neighborhood Networks led by longstanding community organizations.

… assesses the needs of at-risk youth, helps them set goals and connects them to the help and services they need to succeed.

… deploys street outreach workers to meet and engage youth wherever they are.

… trains and employs youth and helps prepare them for the world of work.

… teaches youth how to manage anger. … empowers youth by engaging them in the design and creation of their own recreation and arts programming at youth and community centers.

… engages and funds community and grassroots groups to provide programs and services through matching grants and sustaining funds.

The initiative was a response by Mayor Nickels’ administration to a wave of youth violence, and it was given preliminary funding in the wake of the 2008 Halloween killing of Quincy Coleman near 25th and Jefferson.

The goal is to reduce violent juvenile court referrals and suspensions from certain middle schools (including Washington Middle School) by 50 percent. And the city put over $4 million behind the plan in 2010. The report outlines the spending: 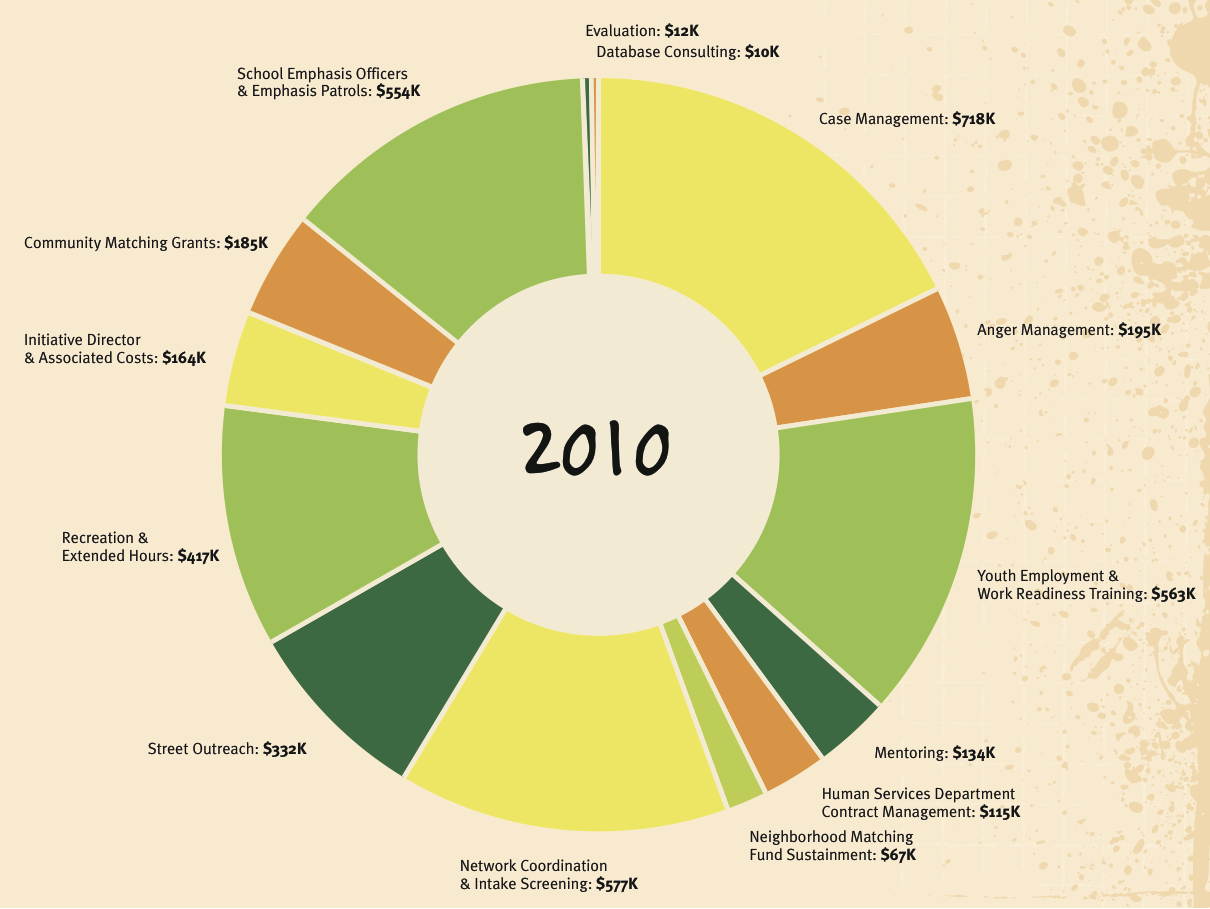 See below for the full report: