A man was shot in the groin after an altercation at MLK and Dearborn shortly before midnight noon November 6, according to the police report.

The suspect fled in a black or green Ford Crown Victoria with a spotlight. He was described as a black male, 5’10” to 6’1″ wearing all black with shoulder-length dread locks.

Police originally responded to reports of shots fired in the area, but did not locate any victims or suspects. Swedish Cherry Hill ER then alerted police that a gunshot victim had been dropped off at the emergency room by a car that then left the area. The victim then walked himself into the hospital ER.

The victim had a gunshot to his right upper groin and was in significant pain. He gave a brief description of the suspect and suspect vehicle, but was unable to continue do to pain. He was eventually transported to Harborview.

A witness was able to provide a few more details, though the police report does not note a motive for the shooting. 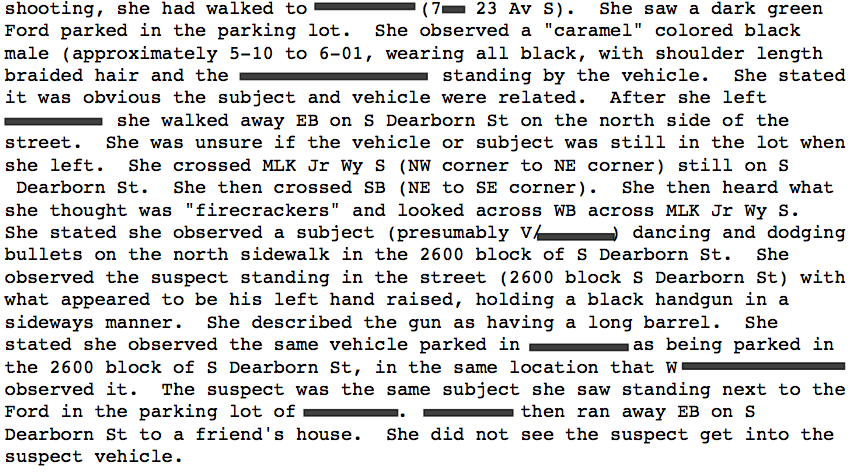 A possible match on the suspect vehicle came back registered to a Squire Park home, though it was not confirmed as related to the incident. Police also noted that another person with a gunshot wound showed up to Swedish First Hill around the same time, though it was unclear if the two incidents are related.

2 thoughts on “Man shot in groin at MLK and Dearborn”