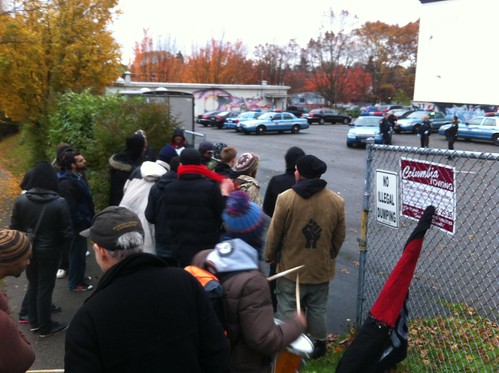 UPDATE: You can listen to an archive of the conversation online via Hollow Earth Radio.

Central Sounds is pulling together voices from around the Central District for a discussion on the recent Horace Mann occupation and the closure of Thompson’s Point of View (and pending opening of The Neighbor Lady). Guests confirmed so far include Wyking Garrett of Umojafest PEACE Center, Sakara Remmu of the Sable Verity blog and Jason Davison of Cortona Cafe.

The discussion will be broadcast online at Hollow Earth Radio, which is based out of a studio at 21st and Union. Central Sounds, a weekly show on the station, begins at 9 p.m. The discussion should get under way around 10.

From Rich Jensen, one of the show’s hosts:

We will be hosting a conversation about changes in the CD including the closure of Thompson’s Point of View and the controversy around the use of the Horace Mann Bldg.

We have confirmed participation from Wyking Garrett of Umjoa Peace House and Sakara Remmu of the Sable Verity blog. We have also reached out to Work it Out and others with informed perspectives to bring and hope to have their participation tonight.

Central Sounds runs every wednesday from 9 – 11 pm and focuses on the unique cultural legacy and social concerns of Seattle’s Central District and its connections to communities throughout the region and beyond.

We’ll kick off tonight’s discussion at 10pm.  Folks can tune in to HollowEarthRadio.org via the web and listen at http://bit.ly/LISTENtoHER.