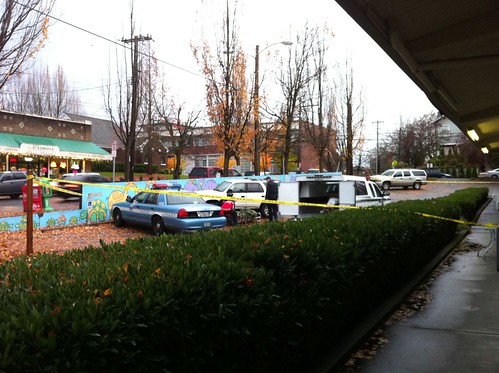 Emergency responders were called to a parking lot at 34th and Union in Madrona around 6:30 a.m. this morning. We are still working to find out more, but a tipster sent CDN a photo from the scene.

The tipster said a body was taken from the scene by the coroner, and SPD was taking pictures of a white Toyota 4Runner.