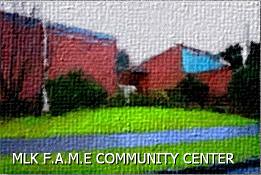 While the story is not pretty, no charges of unlawful actions are made.  I have little to add beyond the story and discussions offered on the Save Seattle School Blog.   It is their scoop.  Many who represent us in Olympia play a role in the story.

EDITOR’S UPDATE: The decision does make a recommendation that the district “establish a process by which its employees can document an official recusal for themselves whenever the possibility of a conflict of interest arises, whether that conflict is in-fact or appearance.”

The audit found no evidence that Fred Stephens was involved in the decision-making process (see our previous post for background). Stephens, a member of First AME, had been accused of having a conflict of interest in the sale, but the auditor found he had recused himself from the deal. He did receive some emails about it, but only because he was on a larger email list, according to the audit report.

There was resistance to selling within the district and from some state legislators to the Bush School. In the end, it appeared that Ron English, the district’s Property Manager at the time, wanted to sell to the highest bidder. However, Dr. Goodloe-Johnson, the superintendent at the time, said she wanted to sell to First AME. The Board then voted 5-2 to approve the sale.

Below is the full document if you want to get into all the gory details.