Police stopped a man with a gunshot wound to his left foot around 3:45 p.m. October 26. According to the police report, the man admitted to being in a gang that “everybody hates.”

He said he did not know who shot him and was unclear about where the incident happened.

He was transported to the hospital. 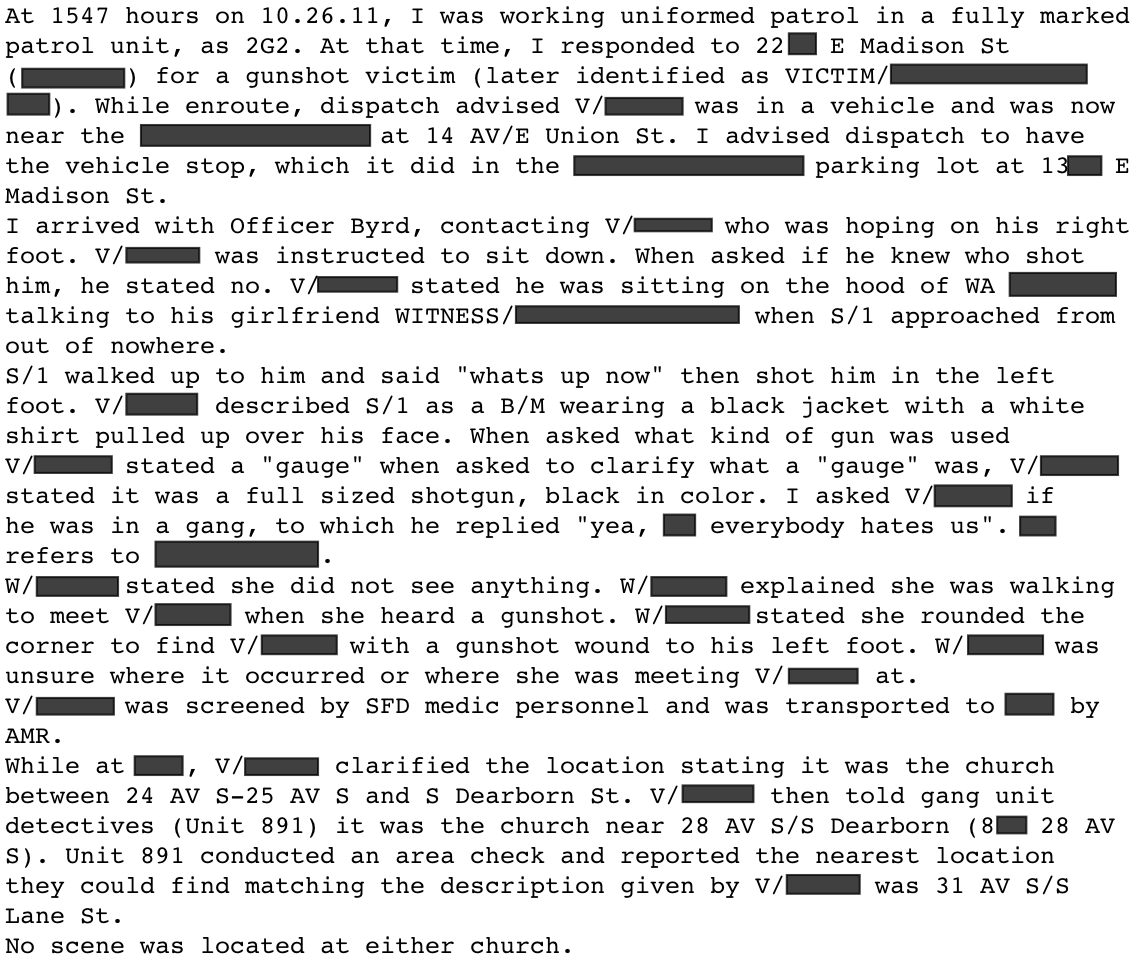