A small army of Puget Sound Energy workers were out on 22nd Ave Tuesday night executing a twilight inspection of the area where an electrical incident damaged a house Sunday night.

Workers told CDN that there was no report of gas leaks or smells Tuesday night and that the inspection was a routine follow-up to Sunday’s incident. 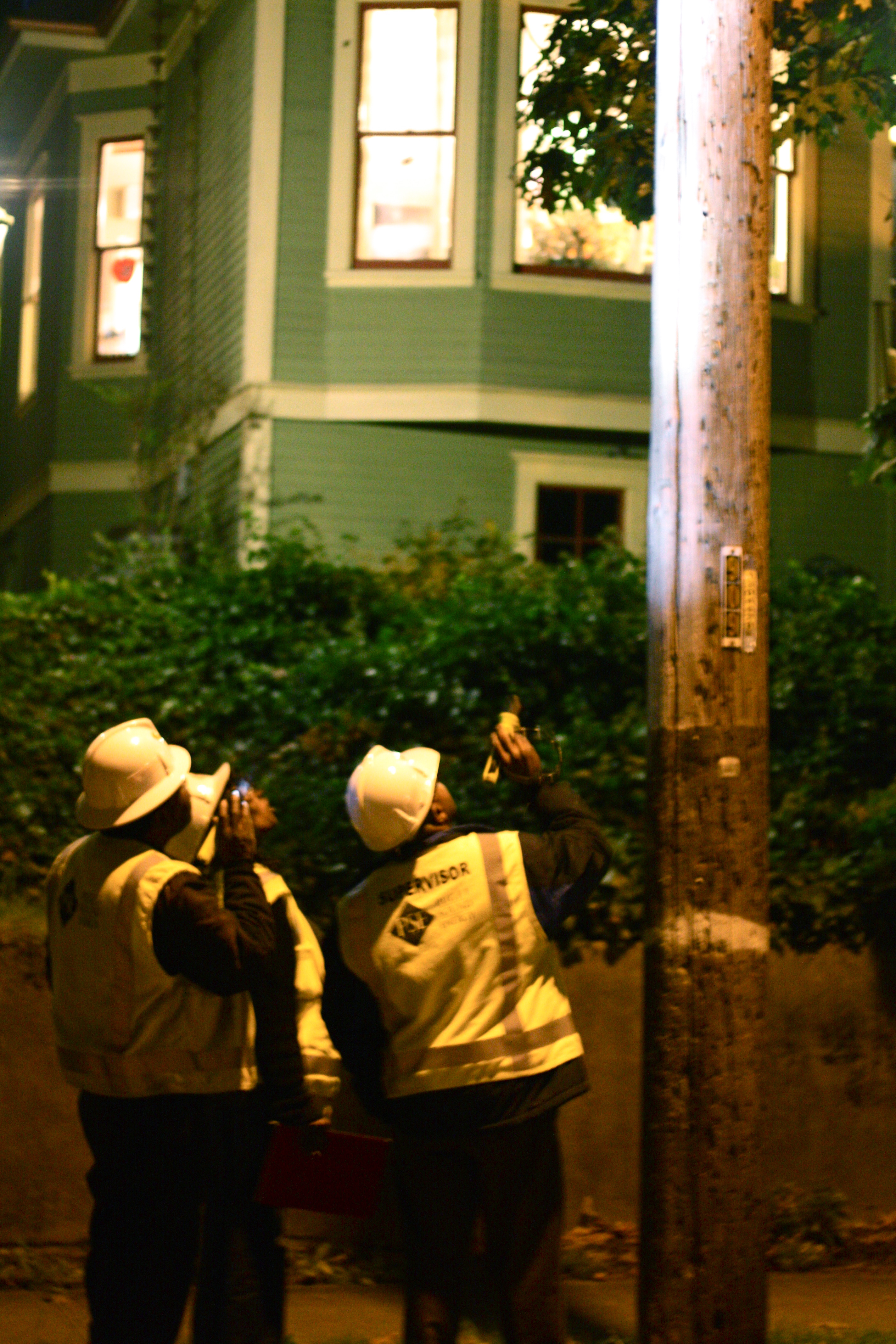 We don’t yet have all the details on what happened Sunday night. Commenter DoubleDeuceMama shared this unconfirmed account.

I spoke with an electrical inspector from Seattle City Light this afternoon and this is the story: a high voltage line fell last night and landed on another wire that was running into a home. The power surged through that home causing two small fires and basically blowing out the wiring in the entire house. The fallen line also caused a number of the transformers on the block to blow. By 2:30 a.m. last night all but a few houses on 22nd had power. A number of houses on 22nd are still without power as of 5 p.m. this evening. They have been left without power until they can be inspected for damage.

According to Seattle Fire radio reports Sunday night, there was a a natural gas odor reported at the scene of the downed wire at 22nd and Union.

In late September, an explosion at a north Seattle home was determined to have been caused by leaks in a gas line created by electrical arcing.

We’re checking with PSE about the inspection on 22nd Ave and why it’s happening two days following the electrical incident. 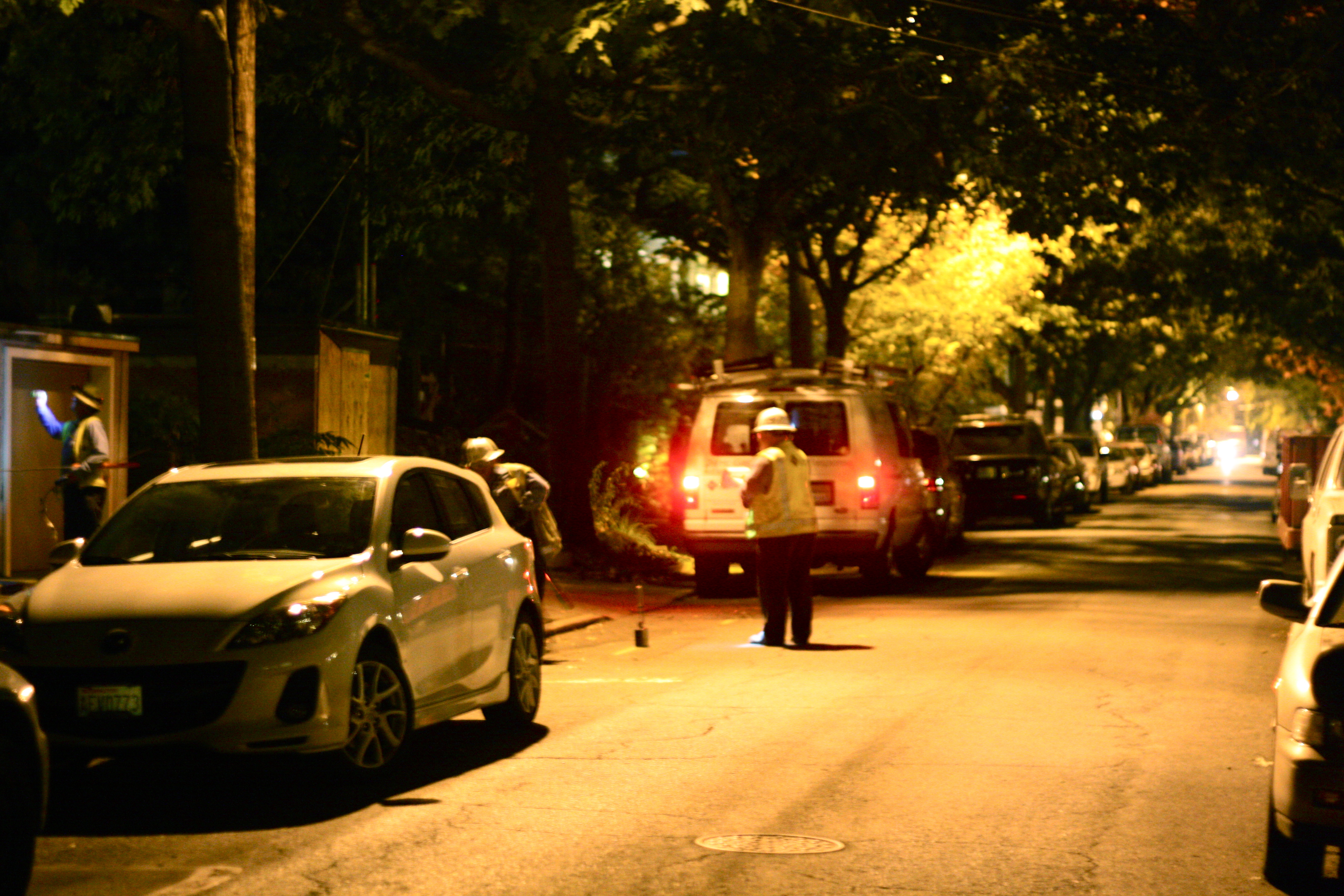