A woman was punched and robbed near 23rd and Pine September 8, according to the police report.

The suspect ran up behind her around 10 p.m. and grabbed her shoulder, turning her around. He mouthed something to her, but she did not know what he said because she had her headphones in.

He then punched her and tried to grab her purse. She was able to hold onto her purse, so he grabbed her bag of groceries instead.

He then jumped on a bicycle and fled. 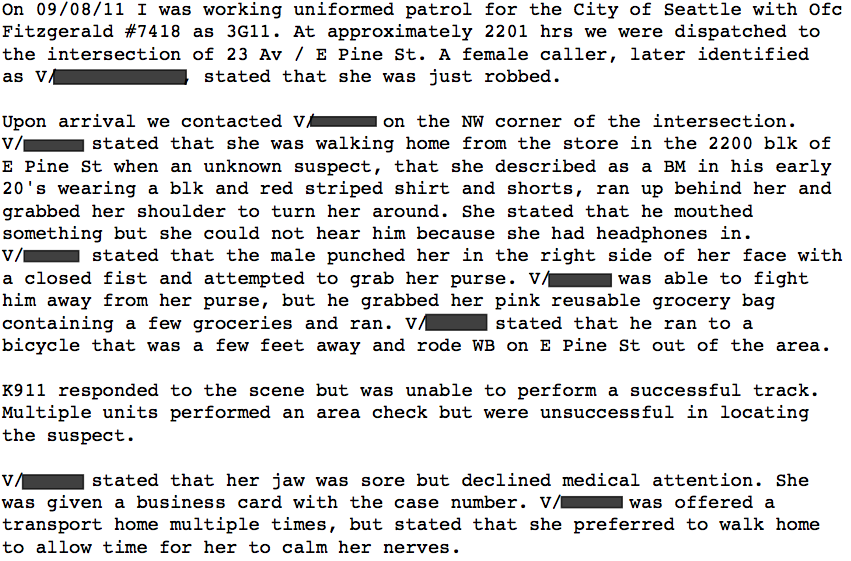 0 thoughts on “Robber punches woman near 23rd and Pine, steals her groceries”