Bumps and cracks in Seattle sidewalks are nothing too out of the ordinary. But the sidewalk at 22nd and Cherry stood out as one of the more far gone sections in the neighborhood.

But not anymore. The city fixed the corner sections of sidewalk on the south side of Cherry at 22nd recently. They also repaired much of the sidewalk between 22nd and 23rd. 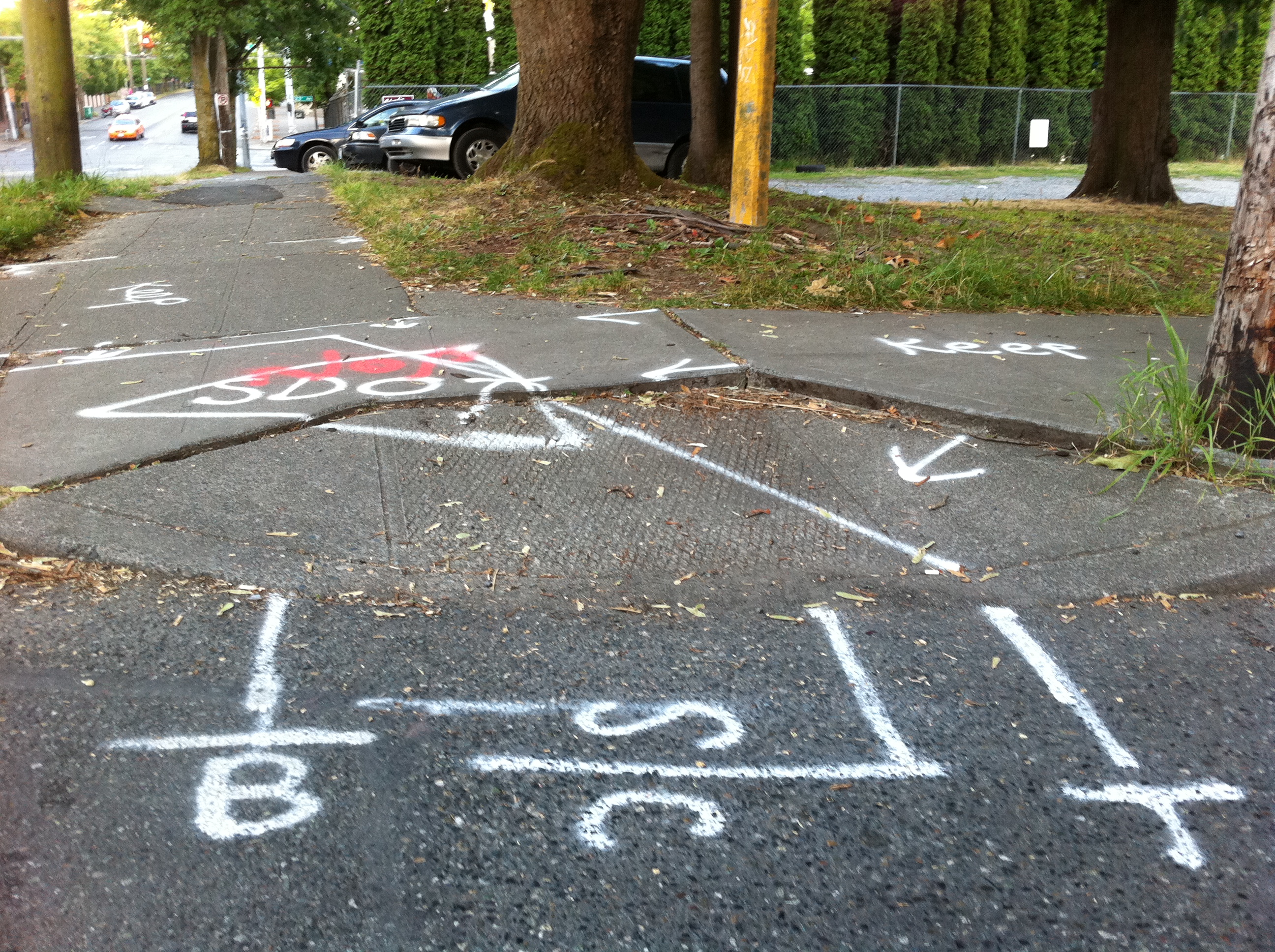 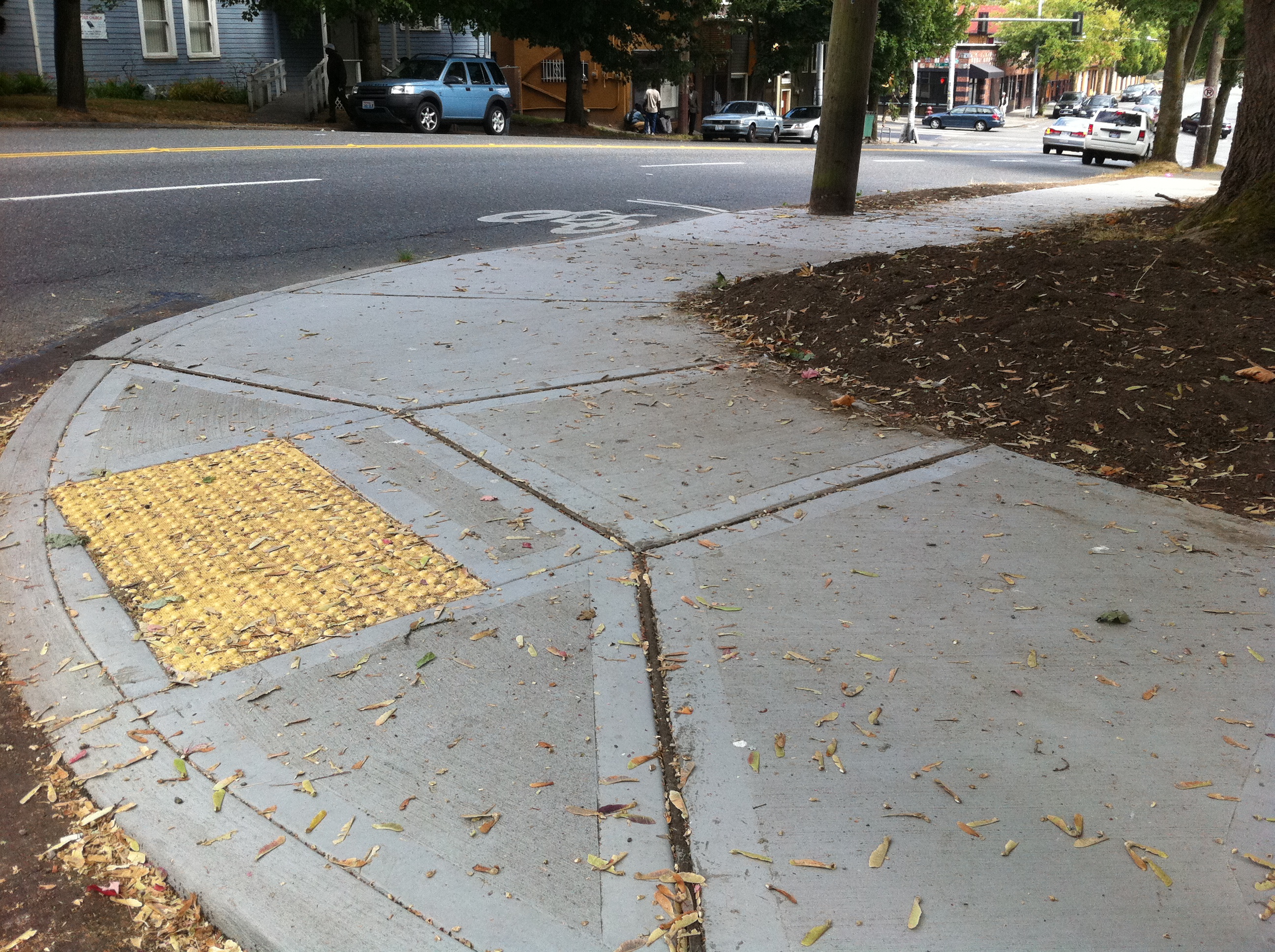 In other neighborhood transportation-related photos, I spotted this outside SOHO Coffee at 20th and Yesler. Apparently someone does not like dogs leashed to bike racks (or barking dogs, at least). 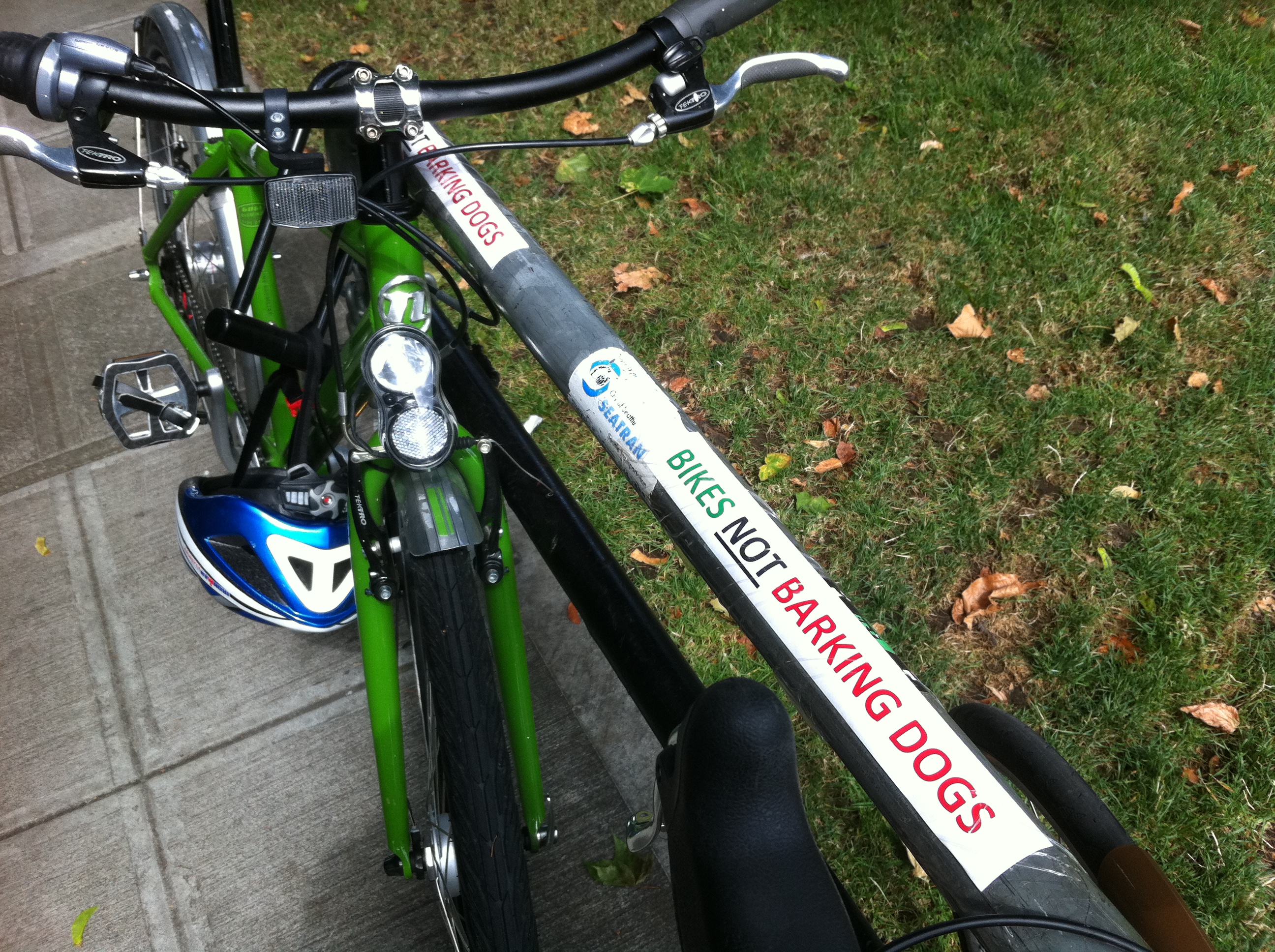