Whether you are looking to weld, sew, make jewelry or construct the world’s largest functioning Rubik’s cube, ALTSpace will do what it can to provide the space and tools you need to make it happen. As a co-op maker space in the Central Space building on Cherry St just east of 23rd, ALTSpace (short for Air Light Time & Space) is a membership-based working space for sharing tools and companionship so you can get your project finished, whatever it is.

“It’s like a gym,” said Mars Saxman, one of the space’s founders. “You get a gym membership, then you can come in whenever you want.” Memberships cost $200 per month, or you can drop-in for a $20 day pass (though you will have to go by when others will be there, since you won’t have a key). 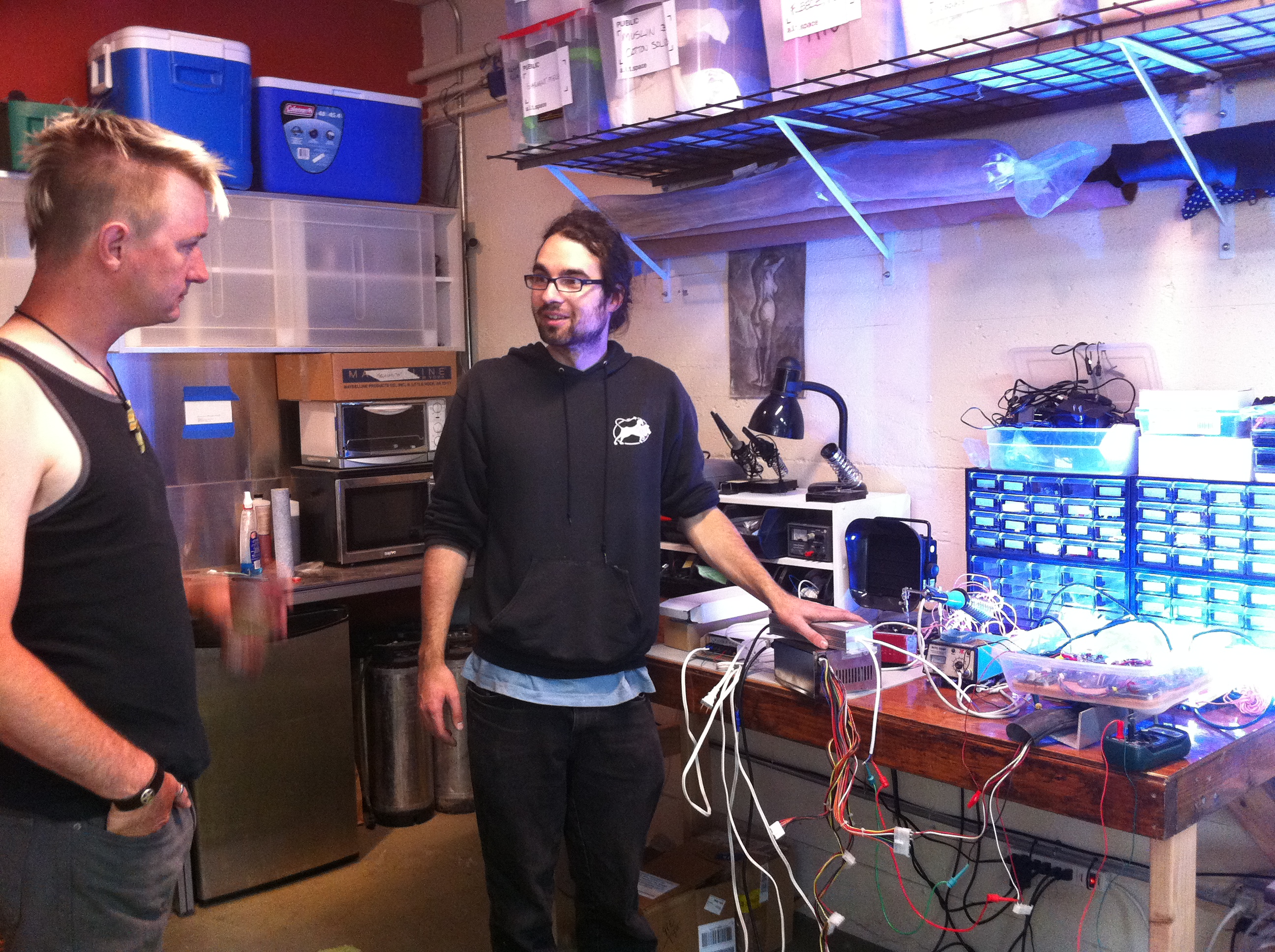 Once you are a member of ALTSpace, you get a key, storage space and have the ability to stop in whenever you want to work. Tools are brought in by members for anyone to use. Some tools require training and/or permission to use, and the shop will pay for any damage done to them due to sharing.

So far, tools available range from instruments for jewelry-making to metal working to working with electronics. The space also has several sewing machines, including a serger. Soon, the space will have more carpentry tools, as well.

A few of the space’s nine members use the space regularly, making things to sell for a living. Others use it a hobby space, stopping in whenever they have free time to work on a project. 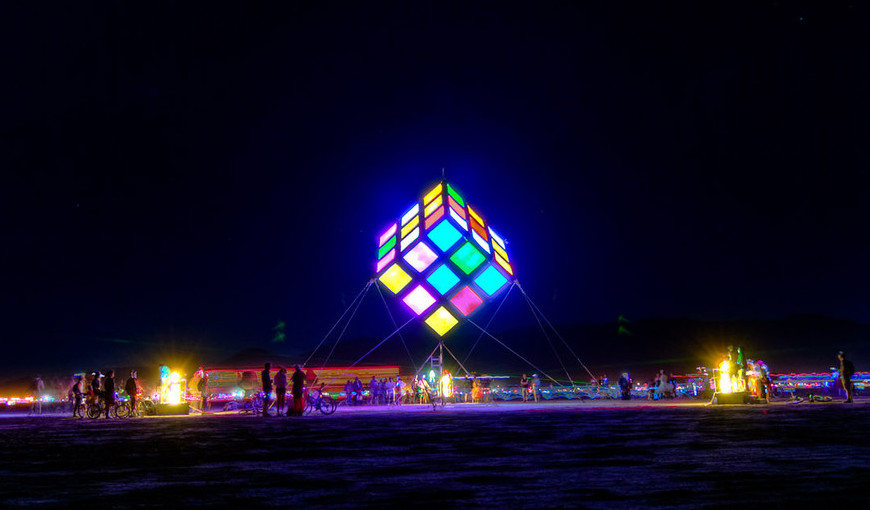 Photo by Michael Holden, via the Groovik’s Cube website

One of those projects is a 35-foot tall functioning Rubik’s Cube, called Groovik’s Cube. The towering cube is illuminated with LED lights, and it is moved using controllers on the ground. ALTSpace co-founder Mike Tyka originally worked on the project for Burning Man in 2009. He is now using ALTSpace to rehab the project and get it ready to be installed at the Pacific Science Center. The exhibit is set to have its grand opening October 1.

Groovik’s Cube was one of the inspirations for ALTSpace, said Tyka. The co-op idea also grew out of Rocket Factory, a space in Ballard Saxman and a couple other people used for projects (see Saxman’s blog to see some of his projects). The Rocket Factory space was not large enough to house a co-op and was too far away from his home in the Central District. So when saw the unit at Central Space, he, Tyka and some other friends got together and started ALTSpace. 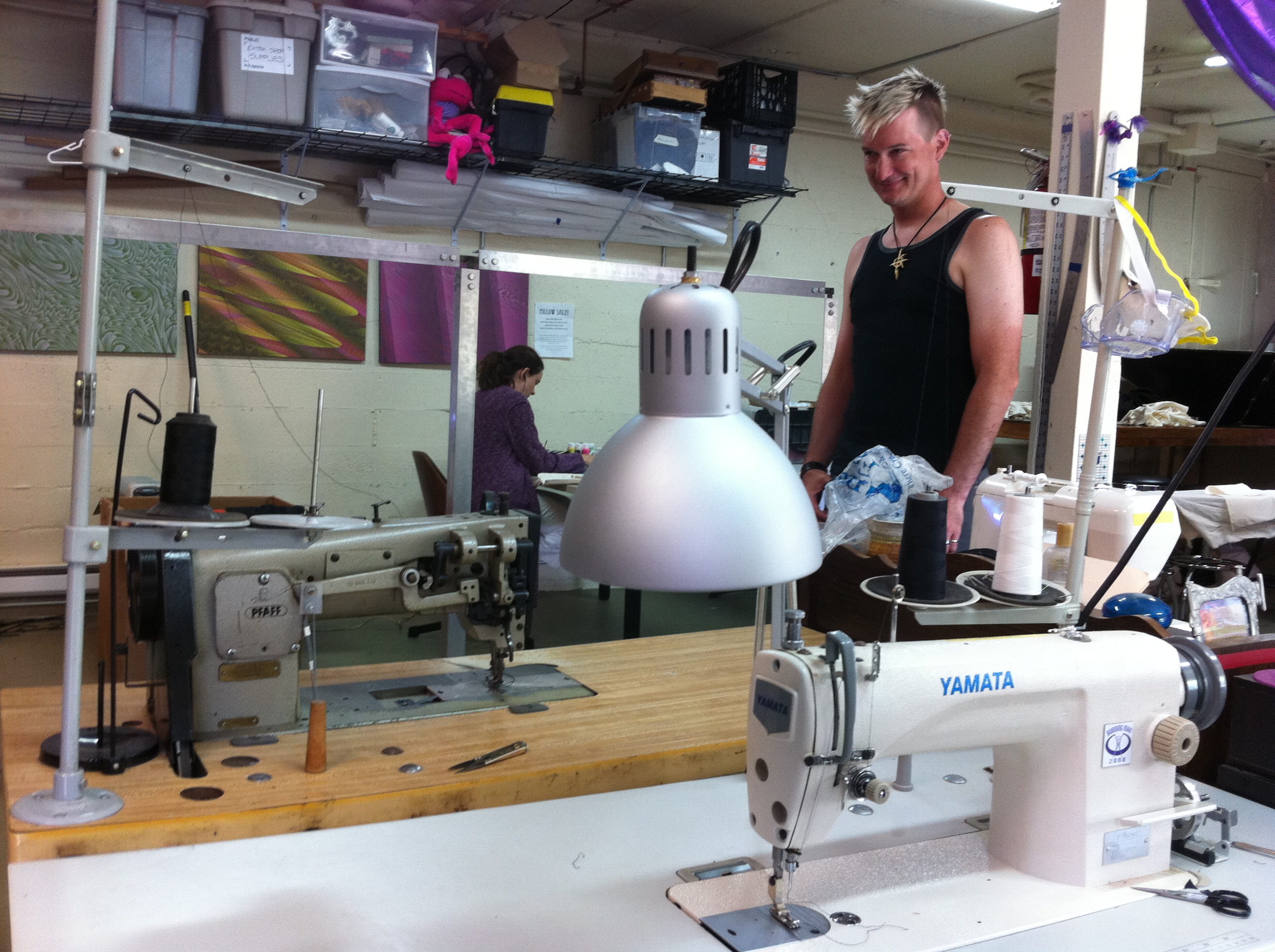 Saxman behind two of the shop’s sewing machines

The company is not in it to make money, Saxman said, and any profits from memberships will be used to improve the space. In fact, one of the company’s rules is: “The investors are forbidden to make money off it,” he said. The co-op is currently breaking about even and has capacity for a handful more members. To register or learn more, check out the ALTSpace website. 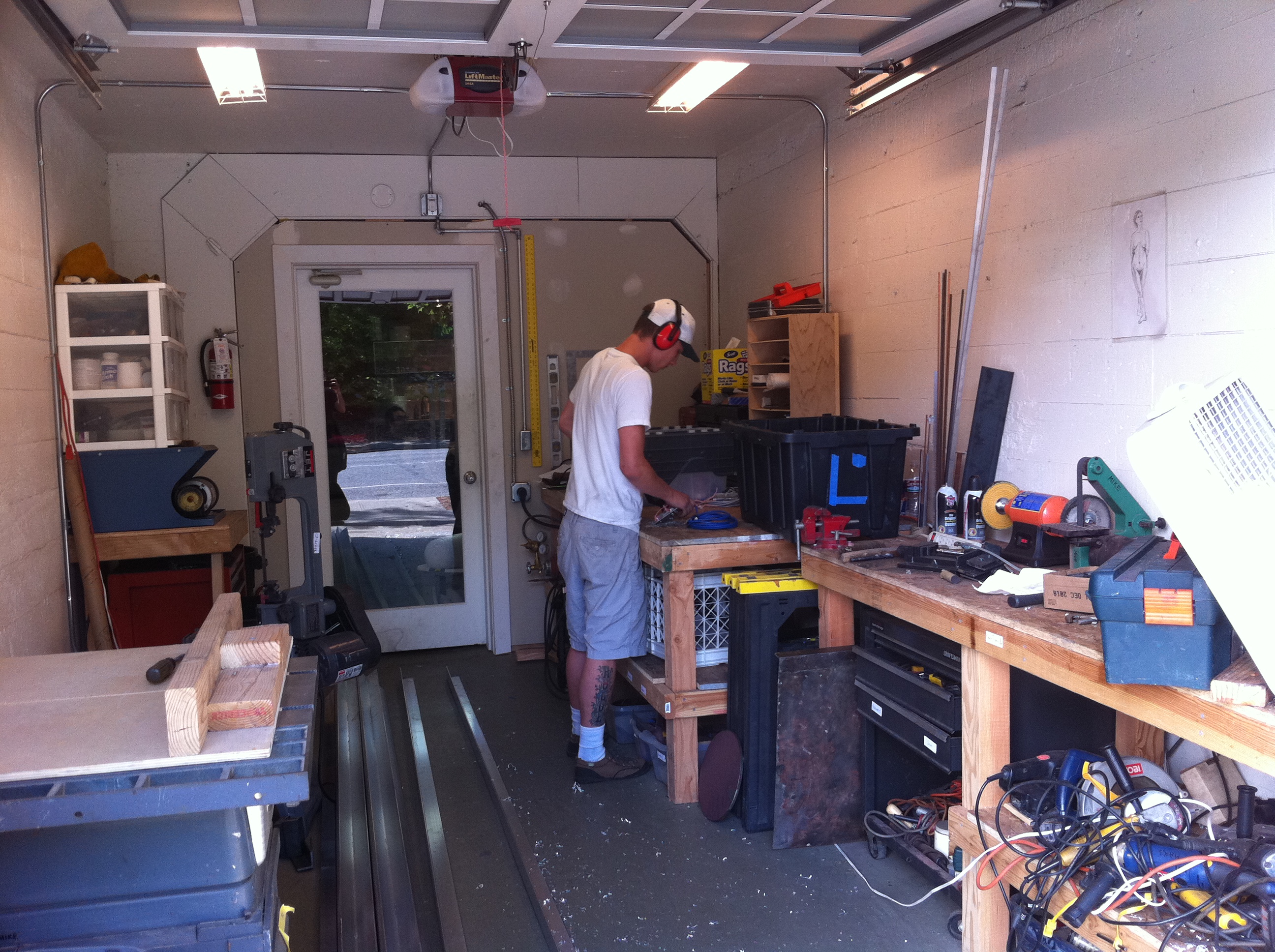 Heavier work, like using power tools and welding, happen in the ALTSpace garage

0 thoughts on “ALTSpace co-op at 23rd and Cherry provides space for making… well, anything”