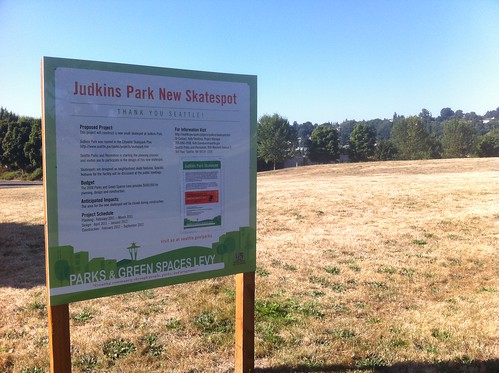 If all goes according to schedule, Judkins Park could have a new skatespot by next fall. Design planning is underway on the project, which is planned for the grassy area south of Judkins Street and west of the tennis courts.

The first public meeting was last week, and the project manager said the idea has been well-received so far.

“People seemed excited about it coming to the area,” said Kelly Davidson, Project Manager with the Seattle Parks Department.

The project is budgeted $600,000 from the Parks and Green Spaces Levy, and the site is part of the 2007 city-wide skatepark master plan. 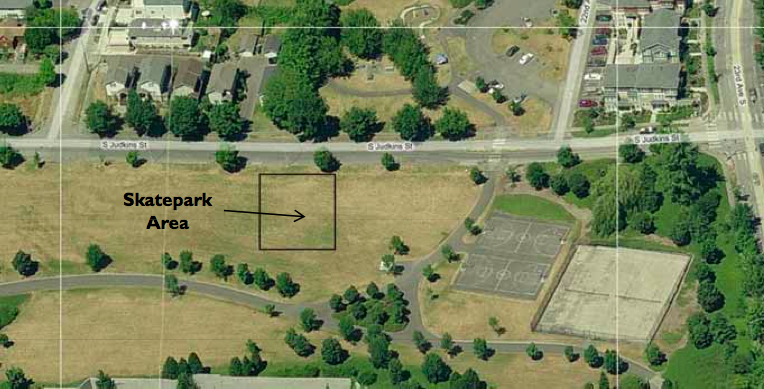 The master plan also notes future plans for a skatespot at Pratt Park and a skatedot (often a single skateable feature) for the Medgar Evars Pool area. 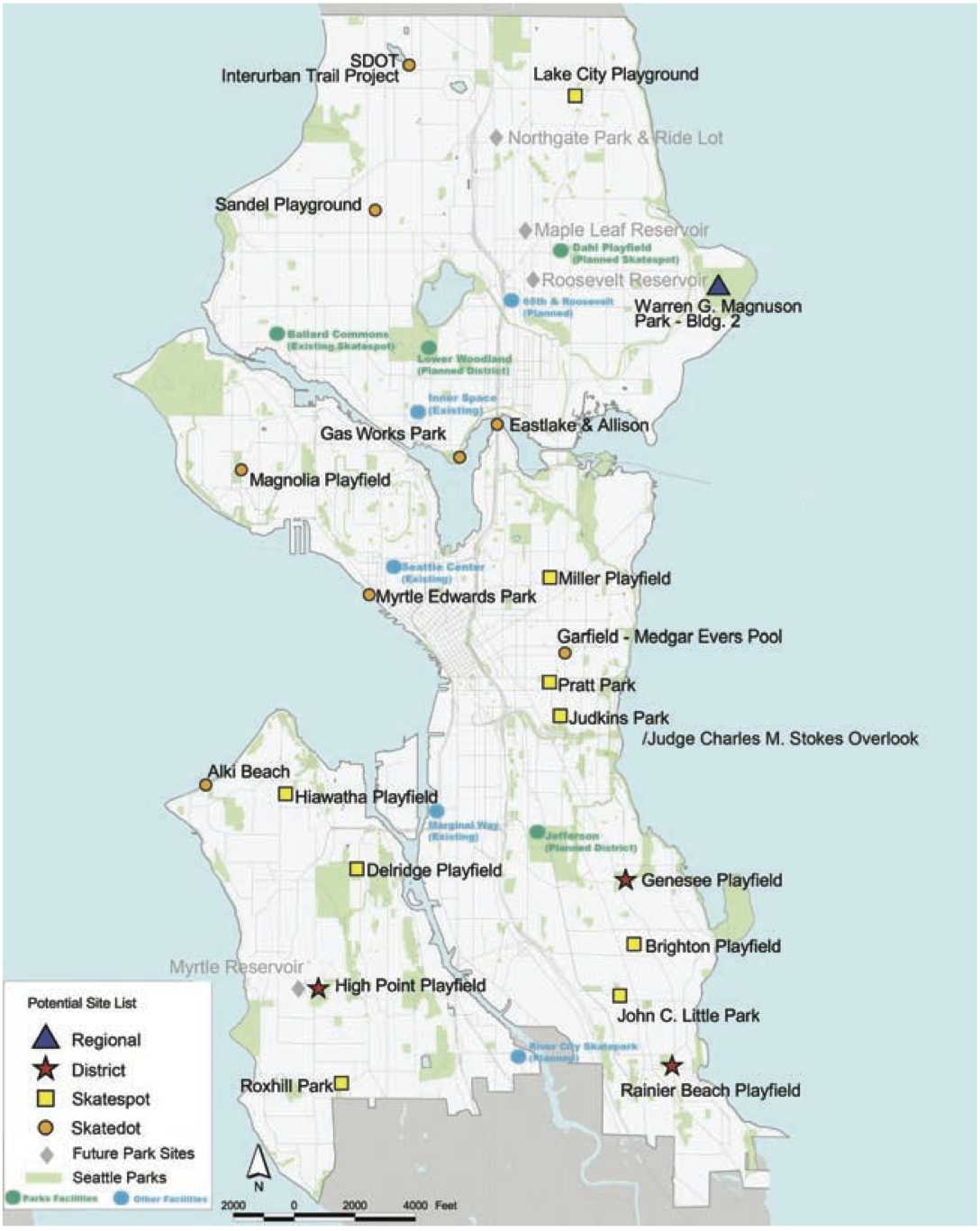 The second community meeting will be held sometime in the fall, possibly in late September. At that point, the design firm will present some design concepts. The mostly-final design will be unveiled at the third meeting, likely in November or in early 2012. Construction could begin in February and finish in September.

For those interested in watching some nitty-gritty design details get discussed, the Skatepark Advisory Committee will discuss the Judkins park at their September 12 meeting, 6 p.m. at 100 Dexter Ave.

For more information, visit the project website. Here’s the Powerpoint presented at last week’s meeting, which includes images from other parks and some early project details: