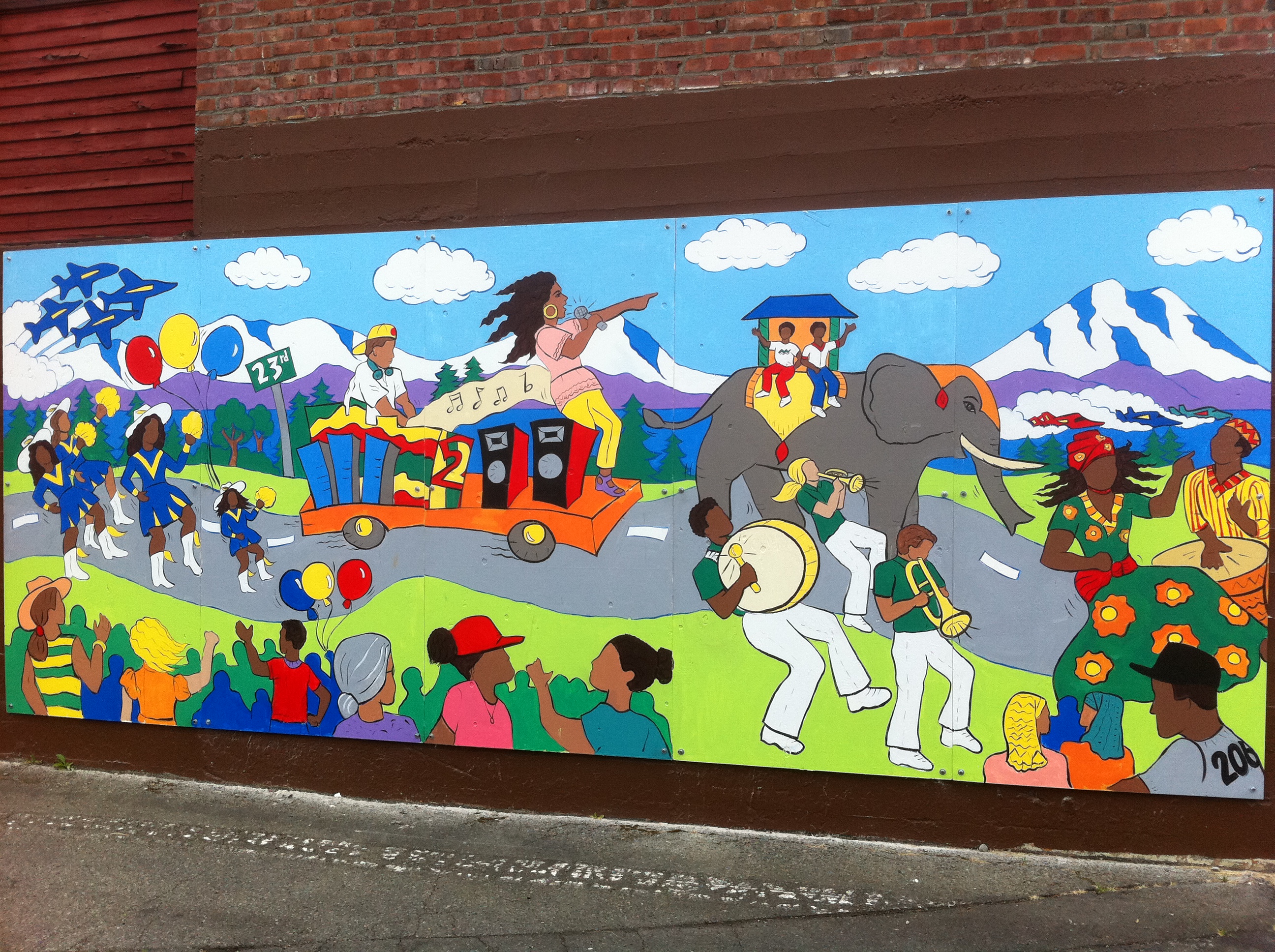 The site of the old Pratt mural near Thompson’s Point of View is now home to a new mural. Painted on plywood in the art room at Madrona K-8, the mural remembers the area’s Mardi Gras parades of the past, which turned into a centerpiece of Seafair and the current Umojafest African American Day Parade (check out our coverage of last year’s rainy parade). This year’s parade will start at noon August 6, heading south from 23rd and Union. For more on the history of the parade, check out the Umojafest website.

The mural is one of three planned for 23rd Ave as part of the Corridor of Peace project, which is intended to be a way to help “clean up the neighborhood and make it free of drugs and violence,” according to Beaulieu. Each mural has been painted on plywood and are collaborations with youth who attend school near the mural site. The pieces planned for Cherry Street (a collaboration with Garfield students) and Jackson Street (Washington Middle School) are also finished and ready to be installed.