When the suspect approached him at King’s Deli near MLK and Cherry July 16 and offered to sell him two Honda lawnmowers, the man was intrigued. After all, he had two similar lawnmowers stolen from him recently, according to the police report.

The suspect then allegedly pulled out a “razor blade” knife and attempted to open it. The man was able to get the knife out of the suspect’s hands and restrain him until police arrived.

When the officer told him he as being video recorded, the suspect said the officer was being recorded and that he would have Obama fire him.

The man got his mowers back. 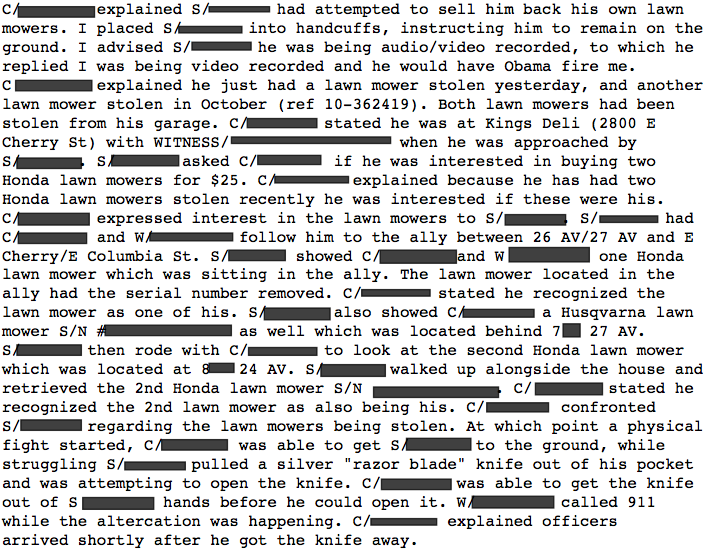 0 thoughts on “Man finds thief who stole his lawnmowers, fights him and gets them back”