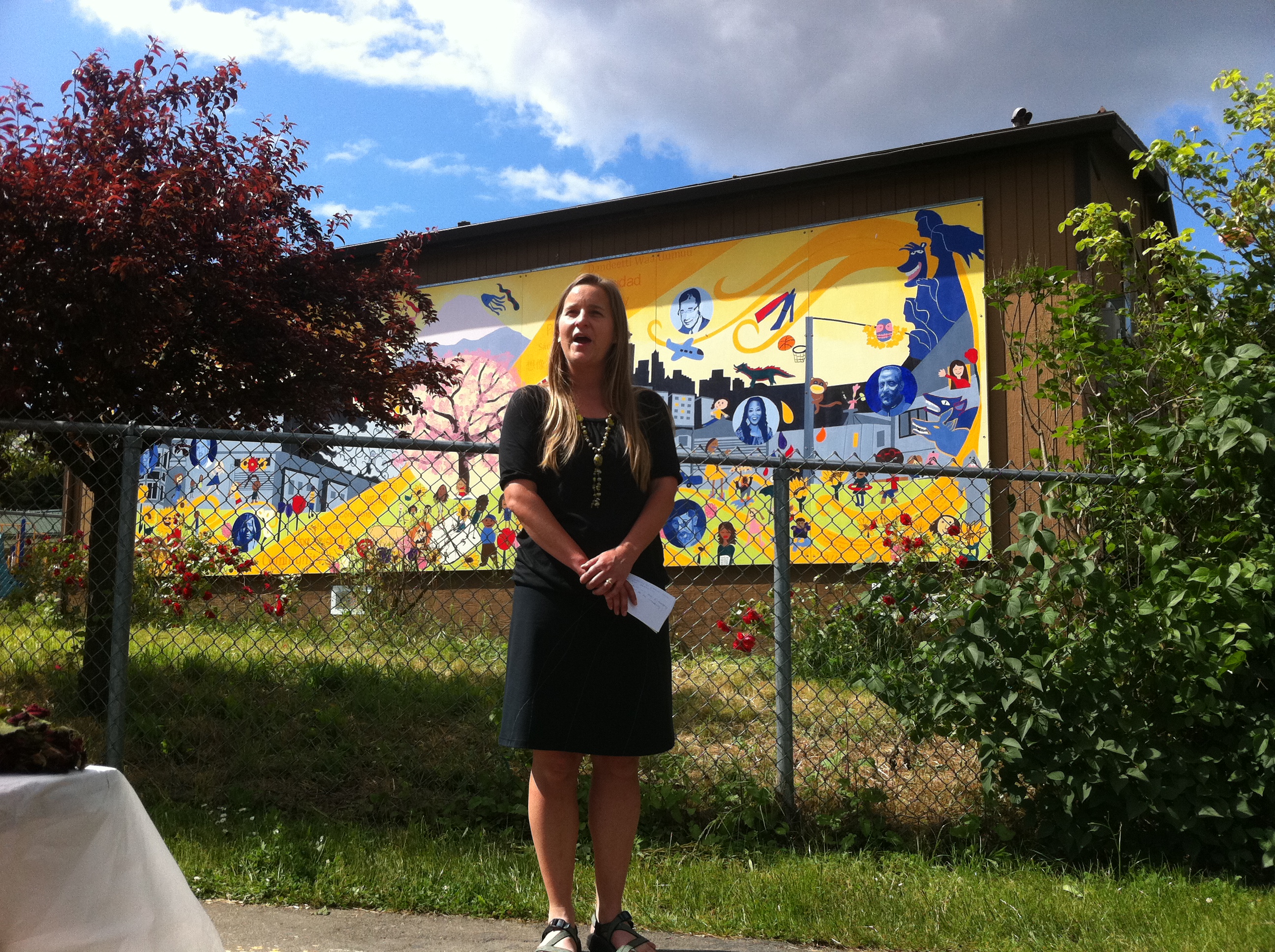 Members of the Seattle University and Bailey Gatzert Elementary communities gathered June 20 to dedicate a new mural near the Bailey Gatzert Playfield. The radial design includes images of the neighborhood near the school as well as heroes from the many cultures represented in Bailey Gatzert’s student body, which is among the most diverse and impoverished in the city.

The mural was created by students in Seattle University’s Art 293: “Community Art & Mural Painting Techniques” class, which was taught for the first time this year. Professor Danila Rumold gave an overview of the process and the steps the class took to engage the Bailey Gatzert community to make sure the kids would be able to see themselves in the work. 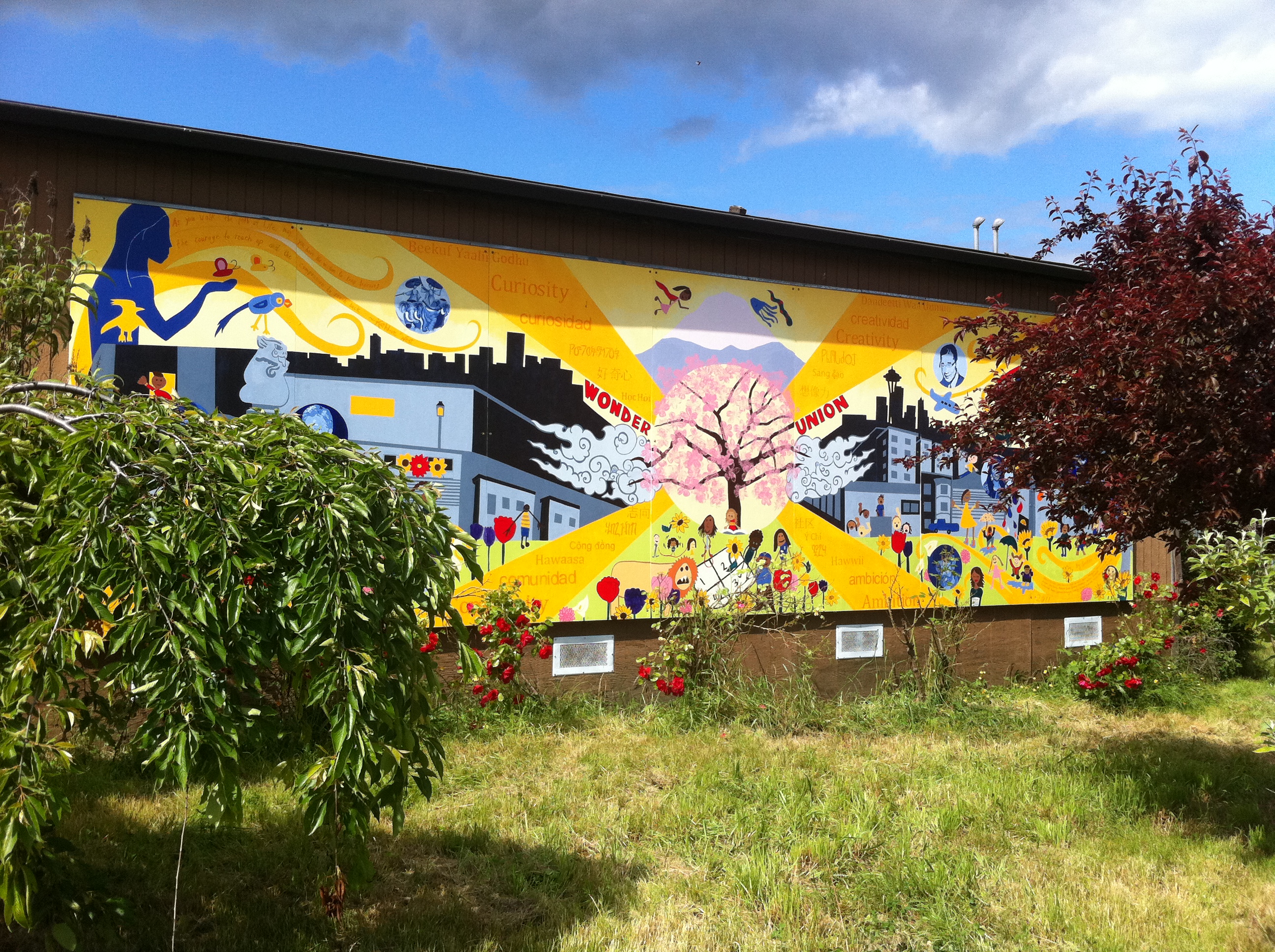 One way the kids were able to get involved was through drawing pictures. Kids in first through fifth grade art classes were invited to draw pictures of their heroes and their neighborhood. The Seattle U students then took those pictures and incorporated them into the mural’s design. Several portraits are in the mural, including cultural heroes and favorite members of the school’s faculty.

The mural also reflects its environment. The building facades and skyline are modeled off photographs from around the neighborhood taken by Seattle U students as a way to create a familiar feeling of the kids’ urban environment. The cherry blossom tree at the center of the mural was modeled after the tree sitting in front of it. The blossoms on the tree were stamped by kids from Bailey Gatzert using wooden stamps the Seattle U students created.

After the dedication talk and the barbeque that followed, the mural is now in the hands of the people who will encounter it every day.

“The final step is for the community to accept this mural,” said Rumold.