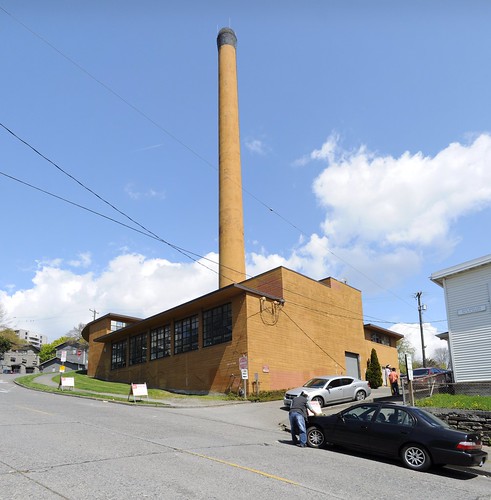 The US Department of Housing and Urban Development has awarded $3.1 million for a rehab of the Yesler Terrace steam plant that would turn the modernist structure into an early childhood educations and adult training facility for the neighborhood. The announcement comes on the heels of news that the Seattle Housing Authority has approved plans for a large-scale redevelopment of the entire neighborhood over 10-20 years.

From the Seattle Housing Authority:

The grant will allow the Steam Plant to be preserved as Yesler Terrace’s only uniquely modernist building. It will serve as a reminder of the neighbohood’s history and become a permanent home for important self-sufficiency services in the center of the community.

“With a closer look, the building’s potential becomes obvious,” Van Dyke said. “It is centrally located near transit, has big rooms with high ceilings, and western exposure with large windows to create light-filled spaces.”

Services such as Head Start and Youth Tutoring will be able to re-locate from their current Yesler Terrace spaces, which are less than ideal.

Construction is expected to begin in summer of 2012 and take about a year.

0 thoughts on “Yesler Terrace steam plant gets $3.1 million for rehab”