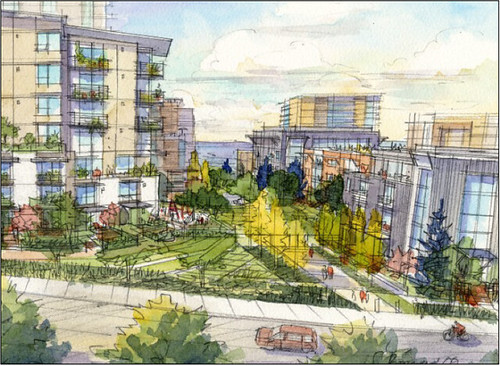 The Seattle Housing Authority has approved the large-scale redevelopment of Yesler Terrace (see our story from March). The SHA says they do not have enough money to renovate Yesler Terrace, a unique and historical housing project renown as the childhood home of Jimi Hendrix and Gary Locke. It was also the first racially integrated subsidized housing project in the country. In order to fund the creation of new subsidized housing units, the SHA intends to sell some of the land in the neighborhood to private developers. The full redevelopment is anticipated to take 10-20 years.

The changes will likely mean that Yesler Terrace will shift from being one of the lowest-income neighborhoods in the city to having an affluent majority. Residents will also lose the front yards that adorn the current homes. For those who see personal yard space as positive for raising children, this is an issue. The current population of Yesler Terrace is 39 percent children, which is far greater than the city average of 16 percent, according to the Seattle Times:

The new Yesler Terrace would offer large families ground-floor apartments with easy access to courtyards. It also would feature a six-acre park, and apartment buildings would have common areas for children to play in.

Many residents at Tuesday’s board meeting testified about their love for Yesler Terrace and their fear of being unable to return after being relocated during phased construction.

SHA has committed to replacing all 561 apartments on the original site, or within the “immediate neighborhood.” The authority promises that current residents will get 18 months’ notice before they’ll have to vacate their homes. All will have the right to return to the new Yesler if they are in compliance with their lease. 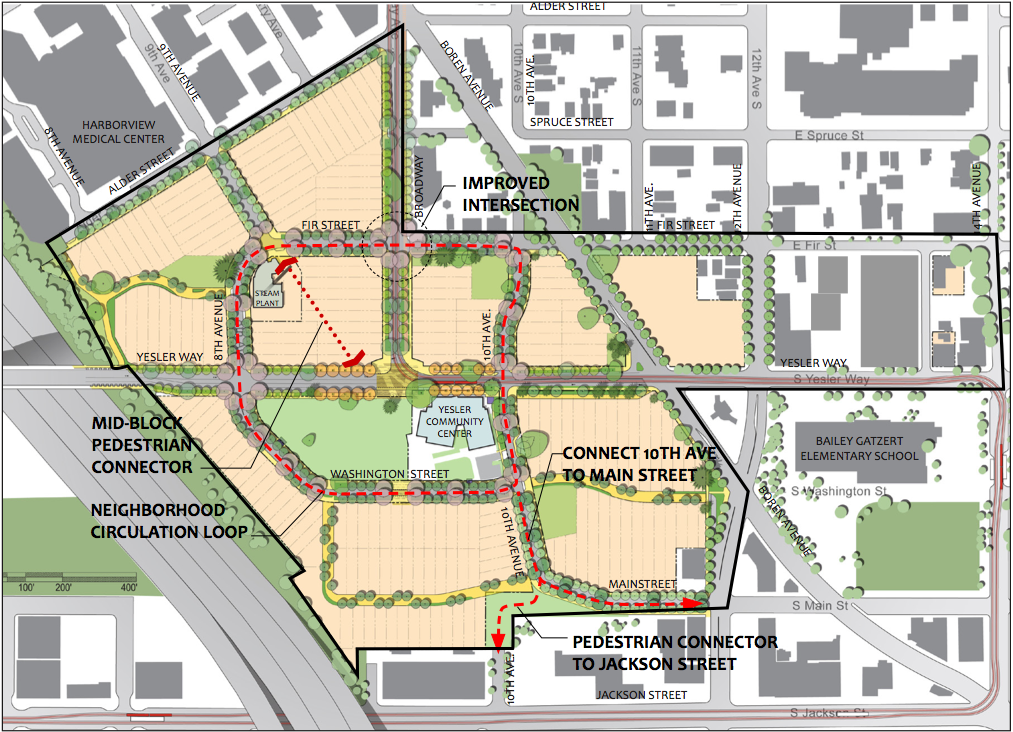 Plans also include reworking the streets to reconnect the neighborhood to Main St, Jackson and the International District. 10th Ave, Fir St, 8th Ave and Washington St would create a “neighborhood circulation loop,” while the intersection of Broadway and Yesler, which is a stop on the planned First Hill Streetcar, would become a retail center for the neighborhood.