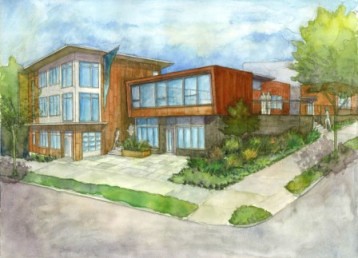 Plans to construct a three-story building next to Casa Latina’s current building at 17th and Jackson are moving forward, and construction could begin by early fall with anticipated completion a year later. The deadline to file an appeal to the hearing examiner regarding the building’s design review ended April 21 without issues, and the organization is near their fundraising goal.

“We’re coming along,” said Jill Rose, Development Director for Casa Latina. “We’re really close to finishing out fundraising for the capital campaign.” The organization is within $60,000 of their $4.3 capital campaign, and they are selling bricks for $150-500 that will go into the entryway of the new building once it is completed.

“The bricks give people the opportunity to put their name in a permanent place and be a part of the new facility,” said Rose. So far, they have sold about 125 of the bricks, which come with a custom inscription.

Just two years after moving to the neighborhood, the organization has already far outgrown its space. With to goal of empowering Latino immigrants through education and job opportunities, Casa Latina needs more space for day-to-day work center operations and education offerings, such as English classes. The expansion will also make it easier for people with children to access the organization’s services. Currently, there is no space for any kind of day care for parents who want to attend workshops and trainings, but they hope to be able to provide that once the building is completed.

“That will be a big help in terms of family support for the folks who are coming,” said Rose.

There will also be a portable computer lab to help workers look for jobs and keep up on the news, and the building will have a kitchen that can be used by people using the meeting space and to provide a training space so workers can get some experience in a commercial kitchen. 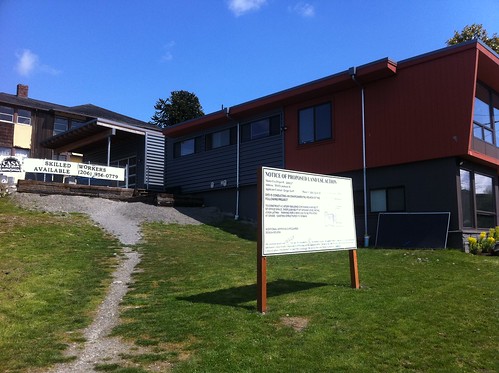 2 thoughts on “Casa Latina expansion could open next year”