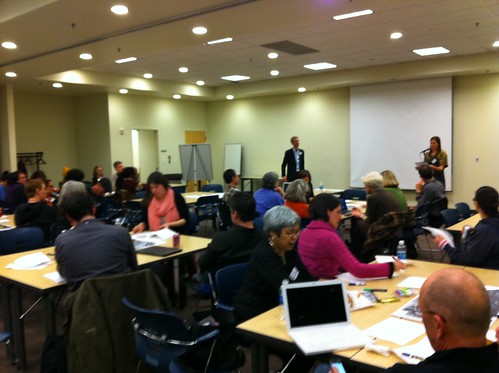 The first of three public meetings for the CD Public Art Project was held last night at the 2100 Building (2100 24th Ave S). Opinions from attendees ranged all over the place, but there seemed to be some recurring ideas. Several groups voiced support for a graffiti wall and wanted to focus projects on underutilized urban spaces rather than spaces that already have art. Others ideas mentioned included the need for the projects to be cross-generational, the ability for art to increase safety in an area and the possibility to hold events in underutilized park space, such as the amphitheater in Lavizzo Park.

The goal of the meetings is to create a community vision for one or several public art projects. This planning stage is funded by a grant from the Seattle Department of Neighborhoods. After the three meetings, the CD Public Art Project will take the ideas generated by the community and pursue funding if needed to make them happen.

For the first meeting, those who attended split into groups to discuss the following questions:

After discussing the questions, each group presented their notes to the whole room. The group’s hired moderators, Nicole Kistler and Eric Higbee, will work to compile the notes from each group into a form that can be built upon in the future meetings. Each meeting will likely have a different format, and you did not need to attend the first to attend the next ones.

Thursday, April 28th, 6:30-8:30 pm
Central Area Senior Center, 500 30th Ave S (One block south of S Jackson St.)
Our planning team will report back on everything they heard from the neighborhood, and we’ll have an event where you can give feedback on the themes and ideas that have emerged.

Saturday, May 21st, 3:00-5:00 pm
Central Area Senior Center, 500 30th Ave S (One block south of S Jackson St.)Our team will present a final plan with your ideas, and we’ll talk about what we want to implement first and how we’re going to do it. 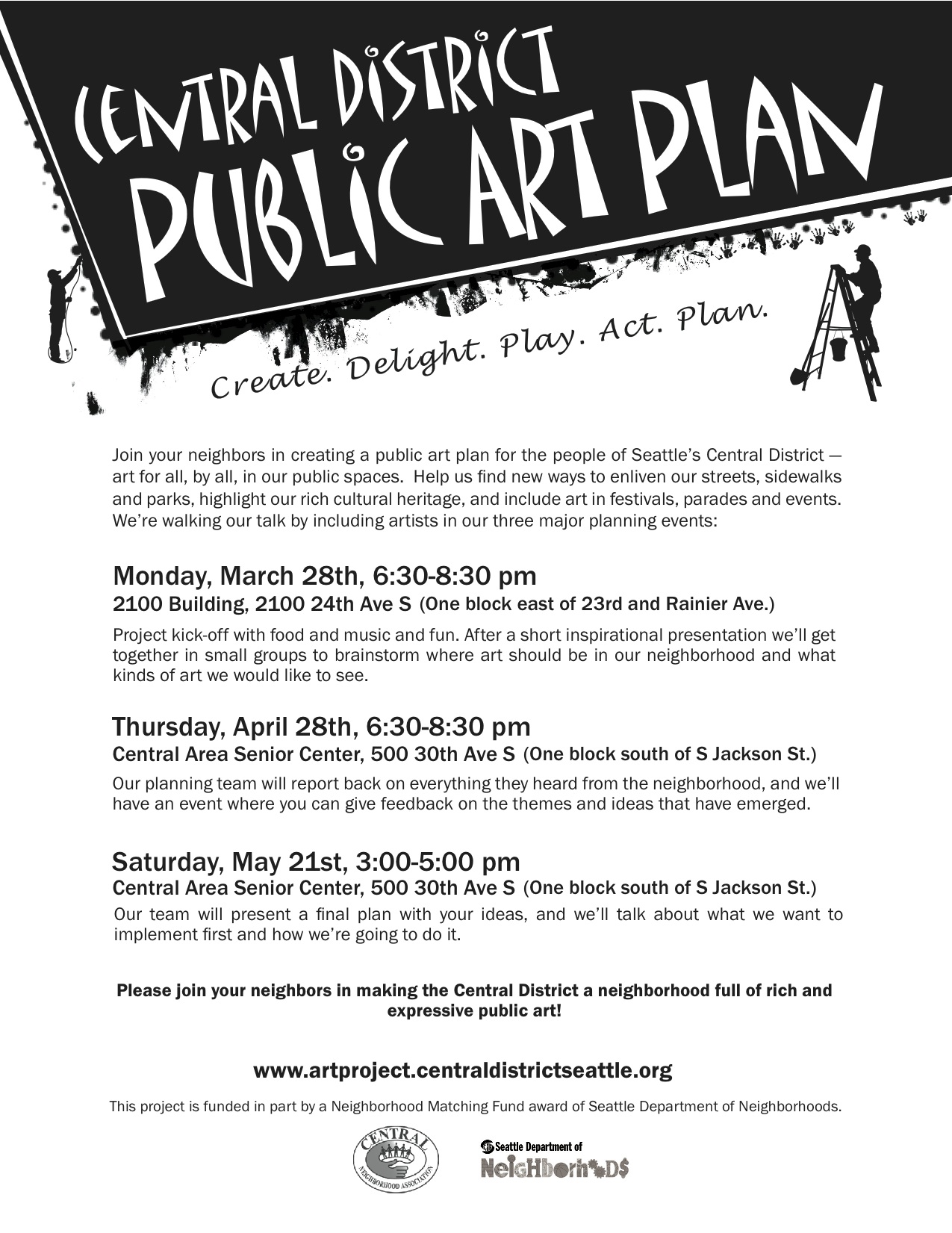 0 thoughts on “What should be the goals of a CD Public Art Project?”