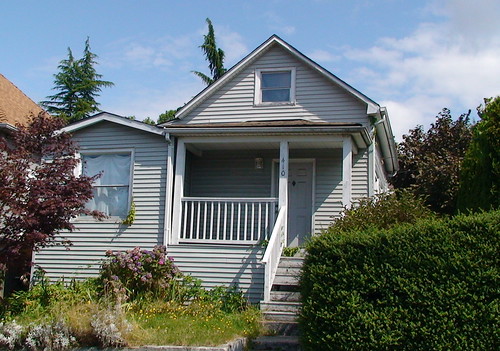 The Central District’s own Quincy Jones, who grew up on 22nd Ave near his alma mater Garfield High School, received the National Medal of Arts from President Obama yesterday in a ceremony at the White House.

“One of the great joys of being President is getting a chance to pay tribute to the artists and authors, the poets and performers, who have touched our hearts and opened our minds — or, in the case of Quincy Jones and James Taylor, set the mood,” said President Obama at the ceremony. Among the others honored were Harper Lee, author of “To Kill a Mockingbird,” and jazz great Sonny Rollins.

Jones is perhaps most famous for producing Michael Jackson’s Thriller, which is the greatest selling record of all time. Since the 1940s, he has played and collaborated with everyone from Dizzy Gillespie and Miles Davis to Ray Charles, who a teenage Jones met while still living in Seattle. Jones has more Grammy nominations than he is years old (he’s 77).